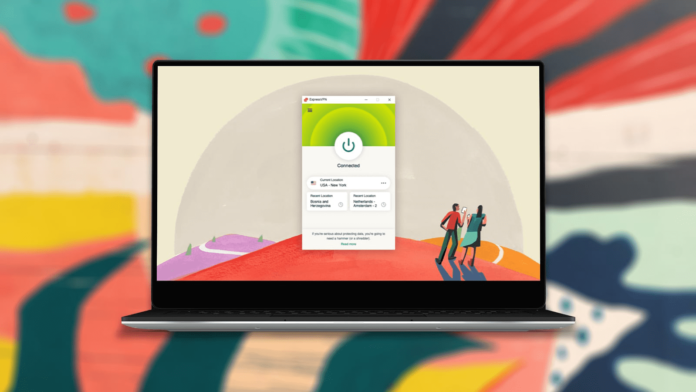 Today’s VPN services evolve in an incredibly rapid manner, with updates and new features arriving regularly. With that said, ExpressVPN is one of the best VPNs you’ll find today, thanks to its proactive focus on improving its service. So, let’s check what’s new in ExpressVPN by listing its most recent developments.

We do our best to keep this article up-to-date at all times, listing the most recent news related to ExpressVPN. If you want to take a much deeper look at this VPN, you should also check our hands-on ExpressVPN review.

In September 2021, it was uncovered that ExpressVPN’s CIO (Chief Information Officer) was aiding government-supported surveillance operations in the United Arab Emirates. Naturally, that caused a lot of attention to be focused on the VPN itself, questioning ExpressVPN’s honesty and dedication to keeping their customers safe on the Web.

Daniel Gericke, ExpressVPN’s CIO, has helped the VPN develop its privacy-protecting features. However, that same individual is now finding himself accused of malicious activities that have put the privacy of a considerable number of individuals in danger. More precisely, Gericke worked as a senior manager at an Emirates-based company between 2016 and 2019, whose goal was to execute computer network exploitation on behalf of the monarchy.

ExpressVPN was quick to respond that the company knew about Gericke’s activities. However, the company’s stance is that Gericke’s skills have helped ExpressVPN build its foundation and its high-end features.

TechNadu’s team approached ExpressVPN with questions related to Gericke’s activities and his involvement with the VPN itself. We were told that Gericke worked on ExpressVPN from the ground up, pushing the VPN to reduce the risk of internal threats.

Furthermore, everything related to ExpressVPN’s privacy and software code requires a “four-eyes review” and multifactor authentication. And also, all ExpressVPN products are developed through rigorous, multi-person security testing before being deployed to its subscribers.

In all honesty, ExpressVPN has always been one of the most trustworthy VPNs out there, without any records of having a single of its customers exposed. With that said, we believe that ExpressVPN’s decision to hire an individual such as Gericke has only benefited its customers.

Just recently, ExpressVPN announced a deal letting another company acquire this VPN. The new owner of ExpressVPN is Kape Technologies, which already owns Private Internet Access, CyberGhost VPN, and Zenmate VPN. The acquisition was sealed for $936 million and includes pretty much everything related to ExpressVPN, which will soon become one of Kape Technologies’ subsidiaries.

When approached by TechNadu’s team, ExpressVPN reassured us that none of its principles would change in the future. That means the VPN will continue employing its no-logs policy, as well as various technologies (like ‘TrustedServer’) preventing their customers’ personal data from reaching its servers. Also, ExpressVPN will remain certified and part of several high-profile cybersecurity associations, giving us a signal that the VPN’s trustworthiness is still there.

VPNs such as CyberGhost VPN, Private Internet Access, and ZenMate VPN have remained practically the same since their respective acquisitions, without any indication that their privacy policies changed in the meantime. That gives us hope that ExpressVPN will remain one of the best-ranked VPN services for a long time to come.

SEPTEMBER 2021: ExpressVPN Gets Blocked in Russia (Alongside NordVPN & IPVanish)

For a while now, Russia has been trying to force VPNs to block access to certain websites based on decisions by the country’s telecommunications regulatory agency. As expected, many VPNs have refused to implement such measures, leading to waves of VPNs being blocked in the country.

The latest victims of Russia’s VPN ban are ExpressVPN, NordVPN, and IPVanish, VPN Unlimited, Speedify VPN, and more. That means that ExpressVPN is no longer operational for Russian users, even though it’s hard to say how successful this block will remain.

As a way to highlight the safety and privacy that Lightway brings, ExpressVPN has open-sourced its premier VPN protocol. That means just about anyone can review Lightway’s code, presenting an option even for other VPNs to implement it in the future.

Due to its open-source nature, Lightway has become easy to review by cyber-sec experts and enthusiasts, showing us once again that ExpressVPN is dedicated to transparency.

Aside from open-sourcing the Lightway protocol, ExpressVPN hired an independent auditor to check the security of the protocol’s source code. Cure53 was hired, managing to identify several weaknesses, which have been resolved in the meantime. Head over to Cure53’s website to get the full report.

Every couple of years, ExpressVPN takes a very drastic move of overhauling its visual design. That’s precisely what happened earlier this year, with ExpressVPN deciding to enter 2021 with a completely new UI and UX design. However, we’re not talking about cosmetic changes only.

In our dedicated news piece on ExpressVPN’s complete overhaul, you can read about the newly achieved uniformity across all of ExpressVPN’s app. This VPN is now incredibly simple to use, highly polished in terms of its UI, with plenty of newly released features being consolidated and optimized to bring an unparalleled level of usability.

In September 2020, one of the most widely used password managers announced a partnership with ExpressVPN. We’re talking about LastPass, which now includes ExpressVPN as an additional tool in its arsenal of privacy-protecting features. Previously, companies like Dynabook (Toshiba), Hewlett-Packard, and Nokia have partnered with this VPN, which comes preinstalled on many laptops now.

That tells us that we’re dealing with a high-end VPN here, meeting the highest possible security and privacy standards, trusted by numerous companies around the world.

ExpressVPN isn’t afraid to have third-party cybersecurity companies audit its code. In the past, Code53 was hired to audit ExpressVPN’s Web browser extensions. And more recently, PwC was hired to audit the VPN’s privacy policy, codebase integrity, and TrustedServer technology.

ExpressVPN passed those security audits with flying colors, which doesn’t come as a surprise. No serious vulnerabilities were discovered, which gives us another reason to recommend this VPN to our readers.

The most significant limitation of ExpressVPN in the past was its number of simultaneous connections. However, the VPN has corrected that downside and now allows up to 5 devices to be used simultaneously (using a single account, of course).

Even though you can easily find VPNs that offer up to 10 simultaneous connections, it’s good to see ExpressVPN taking steps to be more competitive. In general, being able to connect to 5 servers at the same time should be enough for average (home) VPN users looking to protect their stationary and mobile devices.

To protect their subscribers’ privacy, ExpressVPN no longer uses hard drives in its data centers. Instead, we’re talking about using RAM here. Even if ExpressVPN’s servers get sized (which had happened in the past), the VPN won’t have anything to provide to any third party.

What’s your opinion about ExpressVPN? Are you already a subscriber, or do you plan to become one? Let us know in the comments section below. And lastly, thanks for reading!