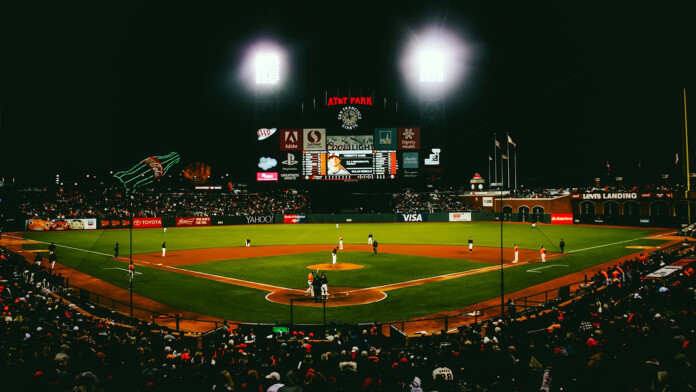 Blackout policies have been in existence for a long time in the sports event broadcasting. In particular, this was made to make sure people from certain regions visit the game or at least watch the matches via cable channels. In other words, we’re talking about giving the local broadcaster a competitive advantage over the out-of-market networks. In countries like the United States, Canada, and the United Kingdom, the blackouts are being implemented during almost every national game. And this leads us to the question of how to bypass blackout restrictions?

What’s important to be said is that blackout restrictions are one of the biggest problems that cord-cutters are facing. You can find ways to watch sports online without cable, and there are even some free sports streaming sites. And if you decide to pay for a subscription, you’ll find numerous live TV streaming services, where fuboTV is one of the most popular ones. However, depending on your current location, all of those online services are affected by blackout restrictions. However, there’s no need to worry, as there’s a solution to this problem.

So, here’s how to bypass blackout restrictions by using a VPN service:

Finally, we have one more note for you. For each sport, you can check out with their dedicated tools such as NBA Blackouts, NHL.TV Blackout Detector, or MLB tool that let you check out if any game in your current location undergoes blackout or not. If you are traveling or living in a different region other than your hometown, do enter that zip code to find the perfect match.

Which VPN Can Bypass Blackout Restrictions?

For this purpose, you need a capable VPN service that can unblock a series of streaming platforms. With this said, we have two recommendations for you.

As you already know, our first recommendation is ExpressVPN. This is one of the most reputable VPN services around, used by millions around the world. ExpressVPN can easily unblock a whole slate of media streaming services, which is what you need to bypass blackout restrictions.

Among other features, ExpressVPN can take care of your online privacy. It encrypts your Web data using the latest available VPN protocols and high-end encryption, making sure you leave no trace behind. And also, it collects no logs – which means that your personal information is 100% safe and protected. To learn more, here’s our full ExpressVPN review.

If you need an alternative to ExpressVPN, we recommend checking out CyberGhost VPN. This is a hugely popular VPN brand, coming from Romania. Aside from its capable security-related features, it’s known for its ease of use. And of course, there’s its ability to unblock media streaming websites.

CyberGhost comes with over 3,700 servers spread across the entire world. You can use any of these to obtain virtual IP addresses and to fool websites into thinking you’re at some completely different location. This allows you easily bypass blackout restrictions, whether you need an American IP or not. For additional info, turn to our CyberGhost VPN review.

What Else to Know About Sports Blackouts?

First, we’ll take a closer look at sports blackout restrictions, helping you understand the core of this problem. And later in the article, we’ll provide some reliable solutions as well.

Why Are There Sports Blackouts?

These days, professional sports leagues are connected to many things including huge financial deals. As you already know, sports venues and teams have interest in selling tickets as well as signing deals with certain broadcasters. Therefore, this mechanism works to steer you towards the channels that have paid for the broadcasting rights.

What Are the Possible Types of Blackouts?

Today, we have three major types of sports blackouts. These are location-based, device-based, and streaming-based blackouts. Let’s take a closer look at what all of these mean.

What Sports Are Affected by Blackout Restrictions?

There are three main sports leagues often associated with blackouts. These are the NFL, MLB, and NBA.

What Services & Channels Are Affected by Blackouts?

Almost every professional sport – baseball, football, soccer, and basketball and all the dedicated online streaming platforms related to them must follow some blackout schedules. Many cable TV providers like Comcast, Verizon, Time Warner, Spectrum get an extra benefit during these process.

At times when games from the United States are broadcasted in Canada, the television rights have been purchased by some big cable companies and since only a few online services are available, they do face these blackout restrictions as an extra burden.

Some of the above-mentioned channels and services work on many different devices and platforms that include but are not limited to Android, Windows, Roku, Amazon Fire TV, Apple TV, Android TV, Chromecast, iOS, iPhone, iPad, Xbox One, PlayStation, AirTV Player, etc. So, all these devices can avoid blackouts if you are watching live sports by following the above-mentioned methods.