How to Download, Install & Use ExpressVPN on Its 60+ Supported Devices! 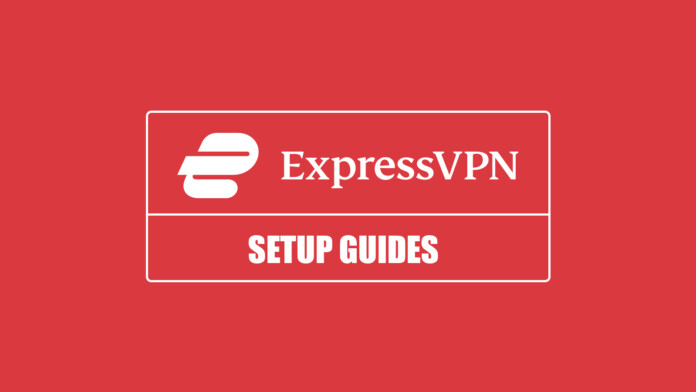 As noted in our hands-on ExpressVPN review, this truly is the most innovative and the safest VPN out there. So, if you’ve decided to become a subscriber, know that you’ve made the best possible decision. Of course, the next step would be to set up ExpressVPN on your device. So, let’s talk about installing ExpressVPN on pretty much any of its supported devices.

There's a vast number of devices that ExpressVPN supports – making us sure that you'll get to protect any Web-connected device you might own. In this guide, you'll find step-by-step ExpressVPN installation guides for all those devices, so check them out just below.

It doesn’t come as a surprise that ExpressVPN offers native apps for all widely-used desktop operating systems. In most cases, you’ll get to use a native app, which simplifies the installation process and makes it as effortless as it can be. Check just below for more info.

When it comes to various Linux distributions, you'll be happy to know that ExpressVPN works on plenty of those. Even some "exotic" variants are on offer, so here's the complete list of Linux distros compatible with ExpressVPN.

Want to use ExpressVPN on the go? That’s an easy possibility, as you can access this VPN and its thousands of servers via mobile apps. Here’s how to get started with this VPN on your smartphone, tablet, and other handheld devices.

There’s no better option than ExpressVPN when it comes to VPNs made for media streaming. You’re only a couple of minutes away from accessing new movies and TV shows, so make sure to take a look just below.

Installing a VPN on a router might sound intimidating. However, unlike most other VPNs, ExpressVPN offers a simple way to configure its connections. And on select routers, you can even take advantage of ExpressVPN’s custom firmware, which simplifies this whole procedure.

Keep in mind that installing ExpressVPN on your router helps you protect your Web connection at its source. This is also the only way to extend your VPN connection to devices that don’t support VPNs natively. So, we highly recommend considering this option.

If you're on the market for a new router, make sure first to check how to choose a VPN router. And then, you’ll want to see our list of the best VPN routers in 2021.

If you’re looking only to protect the traffic coming and going from your Web browser, know that ExpressVPN offers a handy extension. It works on pretty much all of the following Web browsers, as you can see just below.

When it comes to smart TVs, ExpressVPN offers a tool called 'MediaStreamer.' This one lets you unblock new types of content, and this technology works on many smart TV brands. So, check below how to get this VPN on your smart TV.

For the most part, game consoles aren't compatible with VPNs. However, there is still a way to get all of ExpressVPN's benefits – if you decide to use a workaround. To learn more, check the following links.

There are countless reasons why you must use a VPN with Kodi. And actually, it’s not safe to use Kodi without a VPN – so, you need a capable and trustworthy one. Here’s how to combine ExpressVPN and Kodi on the most popular platforms out there.

This VPN also helps you protect data transfer protocols, making it suitable for use with network-attached storage devices. As you can imagine, you’ll need to go through manual confirmation in those cases, so check our freshly published installation guides just below.

On How Many Devices Can I Install & Use ExpressVPN?

Each ExpressVPN subscription gets you up to 5 simultaneous connections. However, that means you can install ExpressVPN on an unlimited number of devices – and that includes your computer(s), smartphone, tablet, media streaming device, or anything else. The only restriction is that you can use ExpressVPN (or - have active VPN connections) on five devices at any given moment.

If you have more devices in your home, know that there are several ways to overcome this limitation. At any moment, you’re free to purchase an additional license. However, you can also install ExpressVPN on a (compatible) router. That way, you can connect your entire household to that router, and you’ll still use a single "free slot" of your subscription. In other words, you’ll have four additional slots.

Should I Use ExpressVPN’s App or Configure the VPN Manually?

In general, we always recommend going for ExpressVPN’s native software. Choose that route brings you the easiest installation method possible on any device. Using ExpressVPN's native app lets you take advantage of multiple VPN protocols and other features offered by this VPN.

Of course, you won’t find another option on some devices – aside from configuring ExpressVPN manually (like on routers, NAS devices, or game consoles). If you configure this VPN manually, you won’t see its interface. Instead, you’ll interact with this VPN via your system’s interface.

When it comes to devices that don’t support VPNs, there’s always a workaround letting you extend your VPN connection to those devices. Aside from installing ExpressVPN on your router, you can also share your VPN connection from your computer, as you can see just below.

Those would be all of the ExpressVPN setup guides we’ve prepared for you. In case you have any questions, doubts, or technical difficulties, know that we’ll be happy to assist. So, make sure to post your comment below. And lastly, thank you for reading!