How We Review VPNs – Here’s How VPNs Get TechNadu’s Seal of Approval! 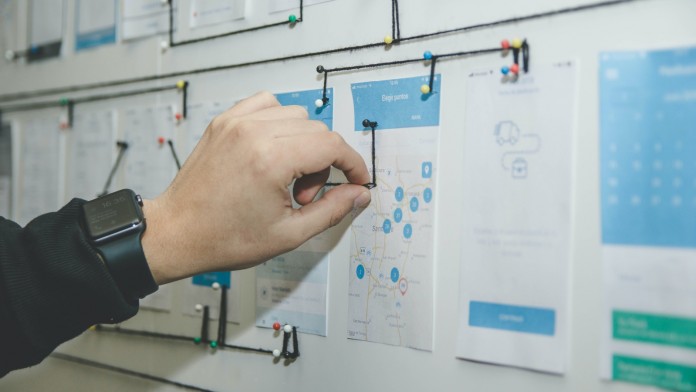 Our approach to reviewing VPN services tries to be as straightforward as possible. VPN brands and cybersecurity companies never influence our team. Instead, everything you read on TechNadu is based on our team's opinion, hands-on experience, and rigorous testing.

With that said, maybe you wonder - what makes TechNadu special? What makes us different from countless other VPN review websites? And most importantly - why should you trust us?

We'll make sure to answer all your questions without using complex legal terms or convoluted VPN terminology. So, here's how exactly TechNadu's team reviews VPN services.

First of all, you should know how we cover the basics. What follows is the explanation of TechNadu's relationship with our readers on one end and VPN providers on the other end.

If you take a close look at our Affiliate Disclosure, you will see that TechNadu has business relationships with a number of VPN providers (affiliate partnerships). However, that doesn’t mean that we recommend VPNs that don’t deserve your total trust.

You should know that VPN providers don’t influence our reviews. We have never and will never accept any form of compensation for favorable coverage.

Our entire process of reviewing VPN services centers on individual users and their right to online privacy. We fully understand that you need a VPN to ensure your total online anonymity, and we respect that. In fact, we're doing our best to provide advice on strengthening your digital privacy and finding ways to get more out of the Internet.

You can be 100% sure that our reviews are impartial. Just like we did in the past, we plan to stay honest and open in the future.

Our Relationship with Visitors & Readers

As noted just above, we assure you that our VPN reviews are impartial. As you can see from the screenshots posted across numerous VPN reviews on our website, we’ve installed and used those VPNs for an extended period of time.

Our editorial team has nothing to hide, and we’re dedicated to answering our readers’ queries and comments. Furthermore, every article published on TechNadu has a comments section, using which you can express your opinion and ask questions. You'll receive a reply from one of our team members - most likely within 24 hours.

You should also note that the world of VPNs is a fast-evolving one. Therefore, we do our best to publish up-to-date information. We also try to update our reviews every once in a while, especially following significant new updates or events in the world of cyber-security.

However, we strongly recommend you test-drive a VPN before fully committing and seeing how well it performs based on your geographical location.

Let’s look at our full process of testing and reviewing VPNs. We’ll guide you one step at a time, and you’ll see that everything said here is reflected in each of our VPN reviews.

To remain impartial, we always pay for VPN subscriptions, which allows us to remain objective, experiencing VPNs just like any regular user/subscriber would.

Next, know that we maintain active subscriptions for every VPN present on the website. We update our reviews from time to time since VPNs tend to add new features and enhance their security-protecting systems.

In other words, maintaining subscriptions over time allows us to keep track of VPNs in the long term and see which ones provide excellent value for their price.

The first segment of our VPN reviews focuses on checking the background info, jurisdiction, and reputation of each VPN. We dive deep and research where each VPN is located, what privacy laws it needs to respect, and if its home country is part of the 5/9/14 Eyes Alliance.

We also do a background check. It’s essential to see if VPNs have had any data leaks in the past or if some vulnerabilities have led to problematic consequences. We also check whether VPNs have worked with law enforcement in the past and if independent cyber-security companies have audited them.

In the best-case scenario, you want to use a VPN with no problems in its past and with a strong reputation for not collecting your data.

To ensure we know what we are talking about, we install each VPN on several devices. Our team owns computers powered by Windows and macOS. We also own smartphones that run Android and iOS, tablets powered by iPadOS, and various media streaming devices.

As you can guess, top-rated VPNs have native software for desktop and mobile devices. They also offer native apps for media streamers, various types of routers, and more. VPNs with a low rating typically rely on manual configuration, which isn't recommended for first-time VPN users.

Next, we continue by installing the VPN on our computer. This is where we rate VPNs based on how easy and fast it is to get started.

Ideally, you want quick access to native applications, usually found when you log in to your account on the VPN’s website (from where you can download them). We also check if VPNs set up everything before they launch, or perhaps you need to do some fine-tuning yourself.

Our rating for this segment is based on the ease of installation. VPNs that require you to jump through hoops and that come with bundled software are the least desirable ones, and we give them a lower score.

There are two types of VPNs out there. First, we have VPNs oriented towards security and privacy. Those VPNs bring the standard set of features, which includes strong encryption and solid VPN protocols, and they do their best to prevent data leaks (including DNS and IPv6 leaks).

Then, we have VPNs that go beyond that by bringing ad-blockers, specialized servers for media streaming and torrenting, and more.

We give the highest rating to the VPN services that offer a complete package. In other words, the highest-rated VPNs on our website bring a robust set of standard features. That means those VPNs have the power to protect your privacy without a possibility of a data leak.

However, we also check how many simultaneous connections you get, whether there's a kill switch (and how reliably it works), whether you can use split-tunneling, etc.

In this segment, we rate VPNs based on the size of their server networks. More precisely, we examine two things here. First, we check how many servers you'll get, and then we check in how many countries those servers are found.

To ensure the best possible performance, you'll want access to servers in as many countries as possible. However, you'll also want your VPN to offer at least several thousand servers. So, VPNs with a high rating on our website deliver just that - plenty of servers in plenty of countries.

Since VPNs bring native applications for different platforms, you need to check how easy they are to use. After all, you don’t want a highly complex UI unless you’re a power user looking for numerous options to tweak.

In the last couple of years, VPNs have come a long way in terms of their UI design. Many of them now resemble mobile apps that are very easy to use. In many cases, it takes two or three clicks to select a VPN server and connect to it.

We want to add that we install and try each VPN on different platforms. We have three individual segments in this specific section of our reviews, focusing on desktop devices, mobile devices, and Web browser extensions.

If the VPN brings a simple-enough interface that can be used even by complete beginners, we give it the highest score. The deeper you have to dig to find certain options, the lower the score.

VPNs are used for more than privacy protection. Many of them come with features focused on media streaming, torrenting, and gaming - which is precisely what we inspect and test while reviewing them.

In our reviews, you can see how successfully VPNs can unblock Netflix US, Hulu, BBC iPlayer, Disney Plus, and Prime Video. We also make sure to check how other platforms work, such as HBO Max, ESPN Plus, NBA League Pass, and more.

We also test how well VPNs work for downloading torrent files. Aside from checking their legal documentation, we download copyright-free files (Charlie Chaplin's movies, in most cases) to see how reliably and how fast VPNs can transfer data via P2P servers.

Lastly, we also check how well VPNs work for online gaming. In most cases, we talk to VPNs' representatives to learn whether any gaming-centric features are offered. Then, we test each VPN by going through a gaming session (playing an online game such as Fortnite, for example).

In one of the earlier segments, we told you that we check for prominent features. That includes listing the most critical security features of each VPN. However, this segment of our VPN reviews is all about testing those features. With this said, we focus on three aspects.

To investigate what kind of performance you can expect from VPN services, we put every VPN through a series of speed tests (via Speedtest by Ookla). More precisely, there are three rounds of tests, as explained just below:

Finally, our reviewer compares the results of their baseline, nearby-, and remote-connection VPN tests. The final score is calculated based on how well the VPN performs compared to other VPNs. In other words, top-ranked VPNs bring minimal (least-noticeable) throttling.

VPN applications are technically complex solutions, which means that something can go wrong from time to time. When that happens, you’ll be happy to have reliable and responsive customer support. As a side note, you can also check our VPN troubleshooting guide.

The best VPNs provide round-the-clock live chat. You visit the official website of your VPN, and you can talk to a real person about the problem you’re experiencing. However, other types of support are equally important.

For example, you’ll want to check installation guides and sections related to frequently asked questions and troubleshooting. Finally, almost every VPN offers a support ticket option, allowing you to send an inquiry in an official manner.

The best-rated VPNs on our website provide everything explained in the previous paragraphs. And more importantly, they provide customer support in a convenient way. Lastly, these VPNs reply to emails within 24 hours.

After going through all of the previously described segments, we draw conclusions about how much value VPNs provide for their price. Our findings rely on how extensively VPNs cover both the basic and advanced features, whether they offer a free trial, and what kind of money-back guarantees they provide.

Top-rated VPNs provide a lot of value overall, which means you'll get plenty for your money. Also, top-rated VPNs are safe to invest in, so we highly recommend getting a long-term plan, which helps you save quite a lot in the long run.

The final rating is based on the scores of all of the previously explained individual aspects, and it serves as an indicator of what you can expect.

Generally speaking, VPNs that come with ratings between 8.0 and 10.0 (such as ExpressVPN, NordVPN, Surfshark, and CyberGhost, for example) should be at the top of your list.

Those are hugely capable VPN providers that can cater to the most demanding users' needs. To learn more, we highly recommend checking our guide to the best VPN services.

As always, use the comments section below if you have any questions for our team. Thank you for reading - and we hope you'll find our VPN reviews to be helpful!