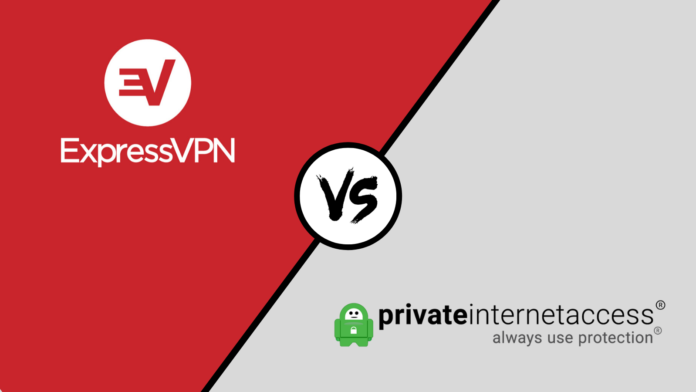 Both ExpressVPN and Private Internet Access have armies of loyal fans. So, checking online about which one is better can often lead to plenty of wrong conclusions. Users of these VPNs are passionate about their tools of choice, which means that you need an unbiased opinion. Well, after reviewing dozens and dozens of VPN services and putting them all through the same series of tests, we know a thing or two. With this said, we wish you a warm welcome to our ExpressVPN vs Private Internet Access comparison!

As you probably know, ExpressVPN is one of the best VPNs around. It’s been on the market for many years now, and it managed to build a reputation for caring about its users. As evident from our ExpressVPN review, we felt impressed by this tool and we’re quick to recommend it. However, Private Internet Access can also be the perfect VPN for a wide range of users. It comes with high-end features, keeps you 100% protected on the Web, and has a few tricks up its sleeve. You can read all about that in our Private Internet Access review. So, let’s see what these two VPNs offer, and which one’s better.

First, let’s quickly go over their basic specifications. The following table lets you compare these VPNs by checking what they say on the box.

Next, we will provide scores of individual aspects of these VPNs, based on our reviews. The goal is to help you identify potential problematic sides of ExpressVPN and Private Internet Access.

So, are you ready to dive deep into everything these VPNs offer? If you are, join us for our full ExpressVPN vs Private Internet Access comparison.

Just like we did in our other VPN comparisons published on TechNadu, we will be going through a series of individual aspects. By the end of this article, you’ll see which of these VPNs is more aligned with your needs. So, let’s dive right in, shall we?

First things first. We will tell you about where these VPNs come from, and what that means for their subscribers. So, here’s some helpful background information.

Winner: In all honesty, both ExpressVPN and PIA seem like trustworthy options. However, considering that it comes from the USA, we can’t recommend Private Internet Access to those who want to be fully anonymous on the Web. 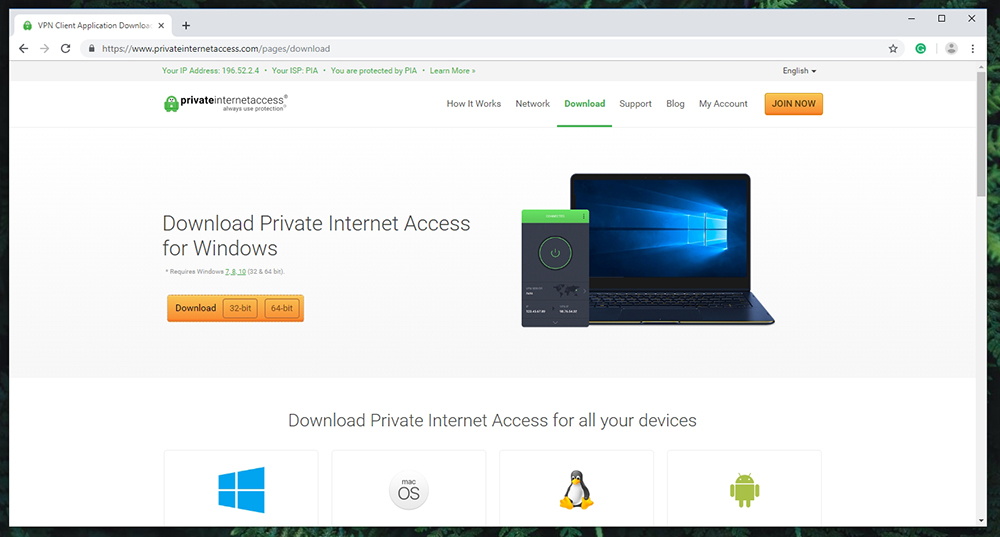 You’ll want a VPN that’s present on a wide range of platforms and devices. Ideally, you want to protect all Web-connected devices at your home – and use a VPN on-the-go as well. So, let’s see if these VPNs answer those expectations.

Winner: Both ExpressVPN and Private Internet Access are amazing examples of today’s VPN platform compatibility. However, considering the PIA can be used on up to 10 devices, it wins this round. 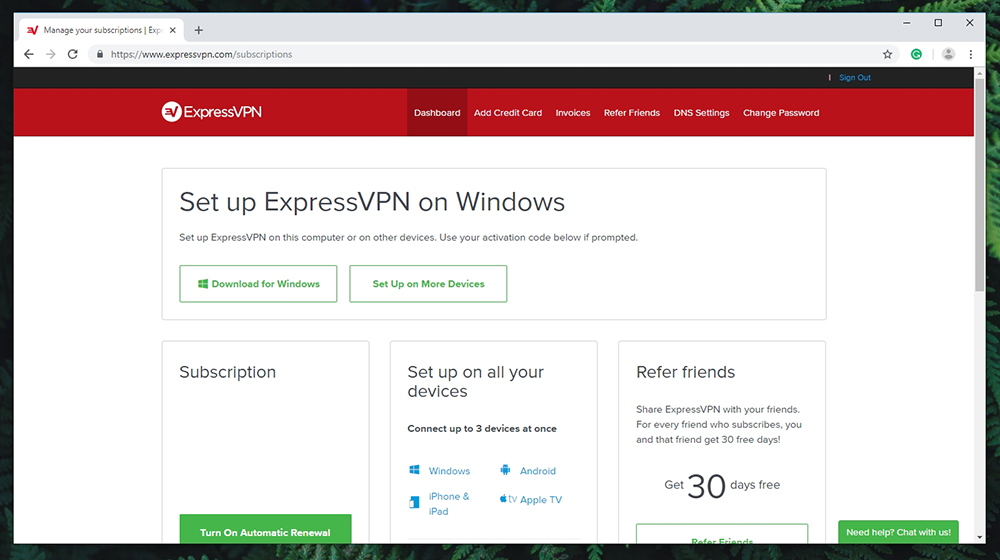 Do these VPNs come with an easy installation? Are there guides that help you, if you’re a complete beginner? And how long it takes to set everything up? Let’s find out!

Winner: Both ExpressVPN and PIA come with easy installation methods – suitable for beginners as well. Therefore, when it comes to this round, we’ll call it a tie. 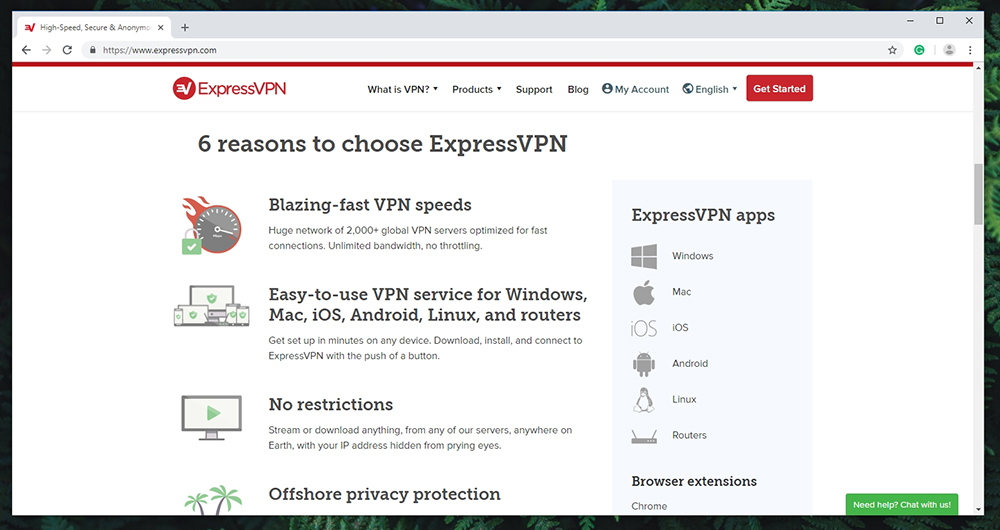 In this segment of our ExpressVPN vs Private Internet Access comparison, we will be checking what kinds of features to expect. So, let’s see if these VPNs are made for average home users or more experienced individuals.

Winner: Both of these VPNs are similar in what they offer. However, we do believe that ExpressVPN goes one step further than its competitor and therefore takes another win in this article. 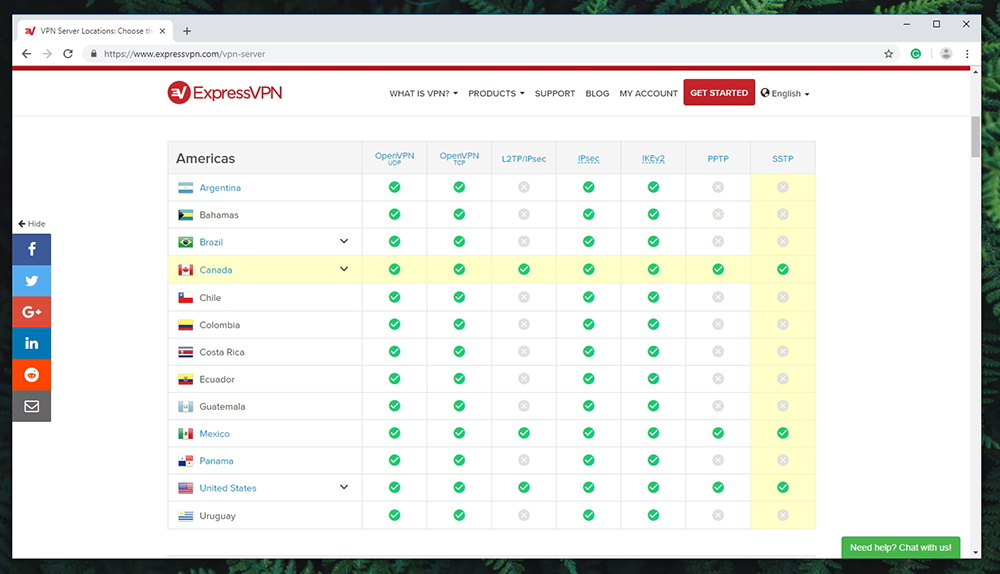 So, how many servers you can expect to have at your disposal? More precisely, how many countries and locations are covered by these VPNs? Here’s what you need to know.

Winner: Do you care about having more servers in total, or having access to servers in more countries? We believe that ExpressVPN is the winner of this category, considering that it has servers in 90+ countries. 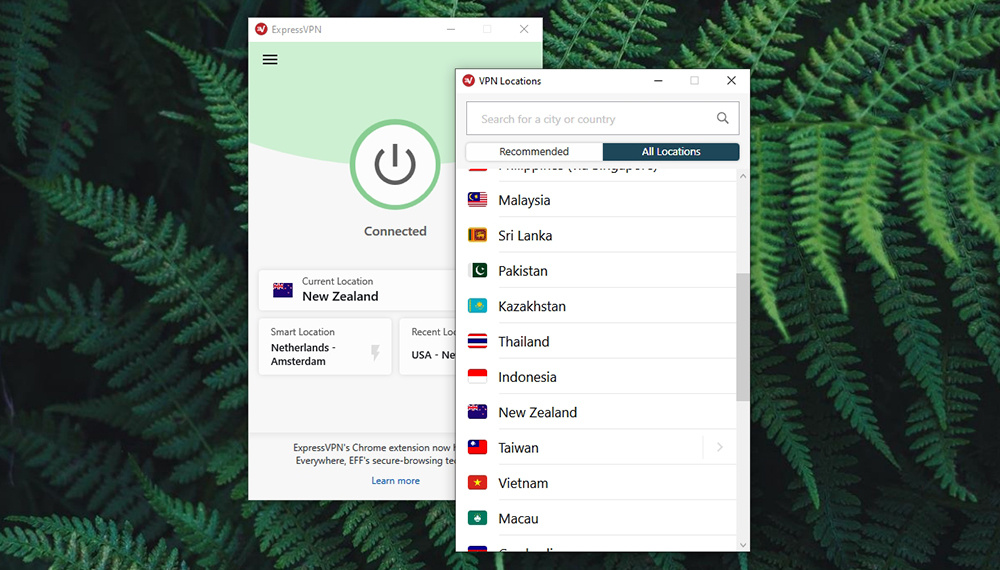 VPNs are no longer overly complicated applications. These days, they come designed for average users. However, even though they might look simple on the outside, top-rated VPNs also cater to more demanding users.

Winner: Both ExpressVPN and Private Internet Access are highly polished applications. However, we believe that ExpressVPN has done a better job of offering a uniform UI across all of its apps, and it works great on both small and large screens. 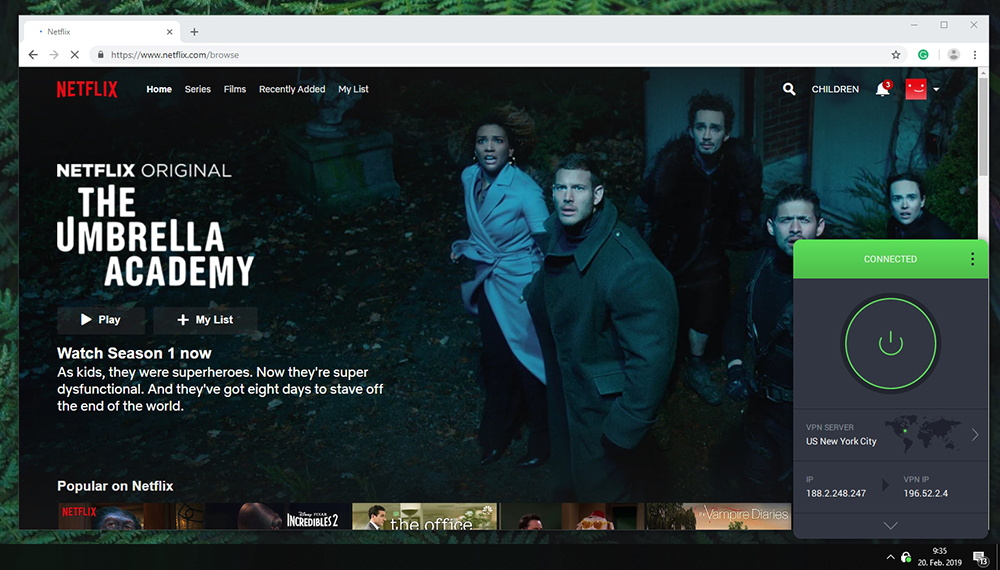 We are sure that many of you care about media streaming. After all, many use VPNs to unblock Netflix, Hulu, Amazon Prime Video, and other hugely popular services. Don’t worry, we’ve tested these two VPN services, so here’s what you need to know.

Winner: The winner of this round of our ExpressVPN vs Private Internet Access comparison is clear – and that would be ExpressVPN. In terms of media streaming, this is where you’ll find one of the strongest differences between the two VPN services. 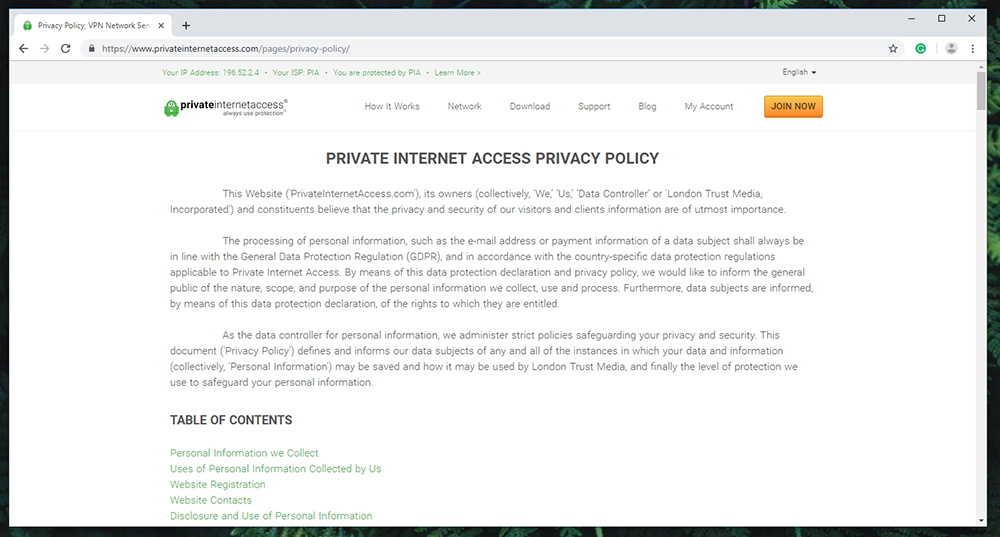 The primary role of any VPN is to safeguard your online privacy. This is done by using encryption, VPN protocols, and other technologies. So, let’s see how well these VPNs protect your privacy.

Winner: It would be impossible to choose a winner of this round. That’s because both ExpressVPN and Private Internet Access come with the same set of privacy-related features. Furthermore, both of these can help you be 100% anonymous online. 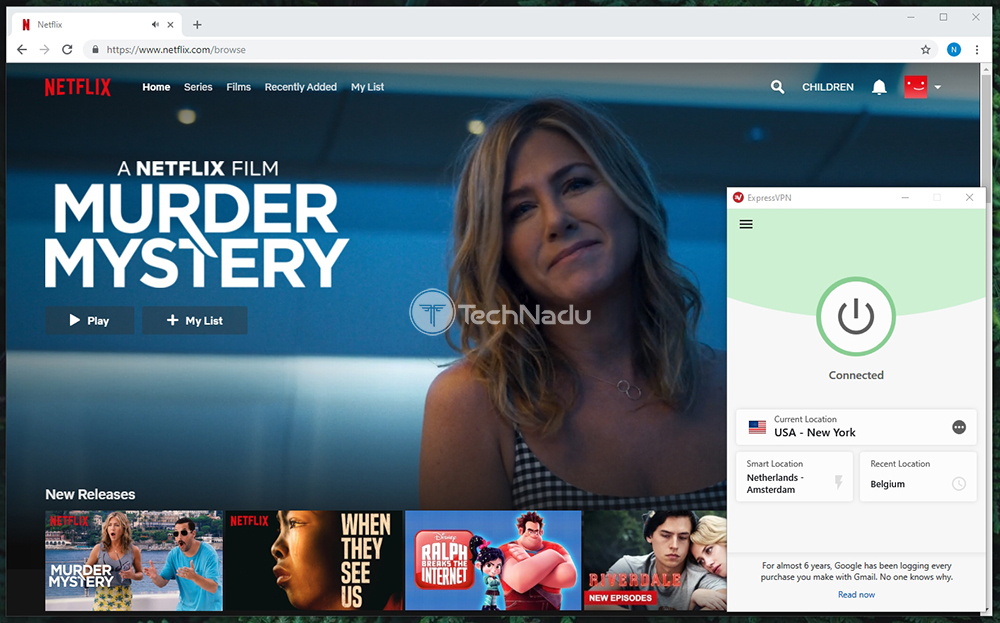 So, what kind of performance you can expect out of these VPNs? Will they throttle your Web connection in a noticeable way? We’ve checked both nearby and remote servers and we’ve done some speed tests, so here are the results.

Winner: To declare the winner of this category, we don’t really have to think hard. Even though many of you will be more than happy with ExpressVPN, Private Internet Access is one of the fastest VPNs right now. 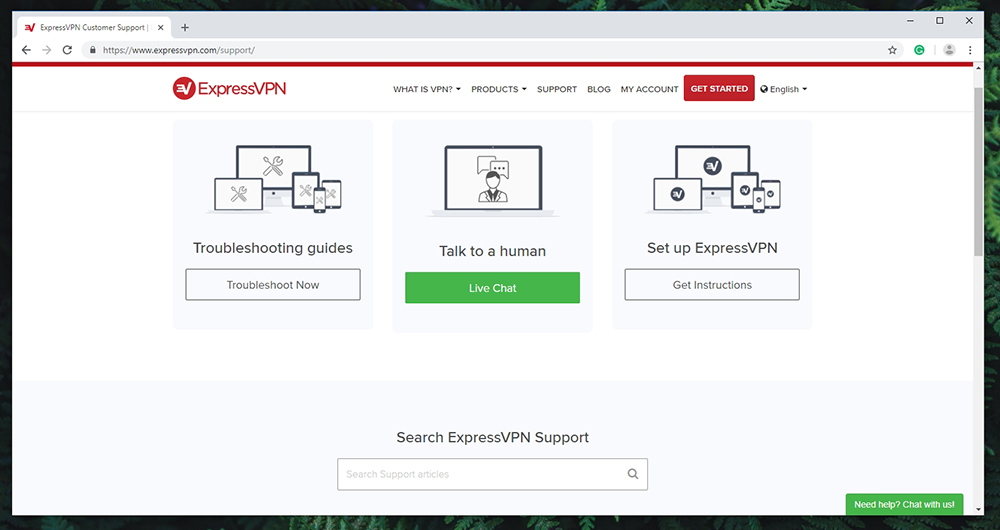 In general, you can expect from today’s VPN to work without any issues. However, just like with any software, problems may arise at some point. Therefore, it’s crucial to know what kind of support you can get in those situations.

Winner: One of the selling points of ExpressVPN is its impeccable customer support system. This VPN will never let you down, and its agents will always be there to assist. Therefore, it easily wins this round. 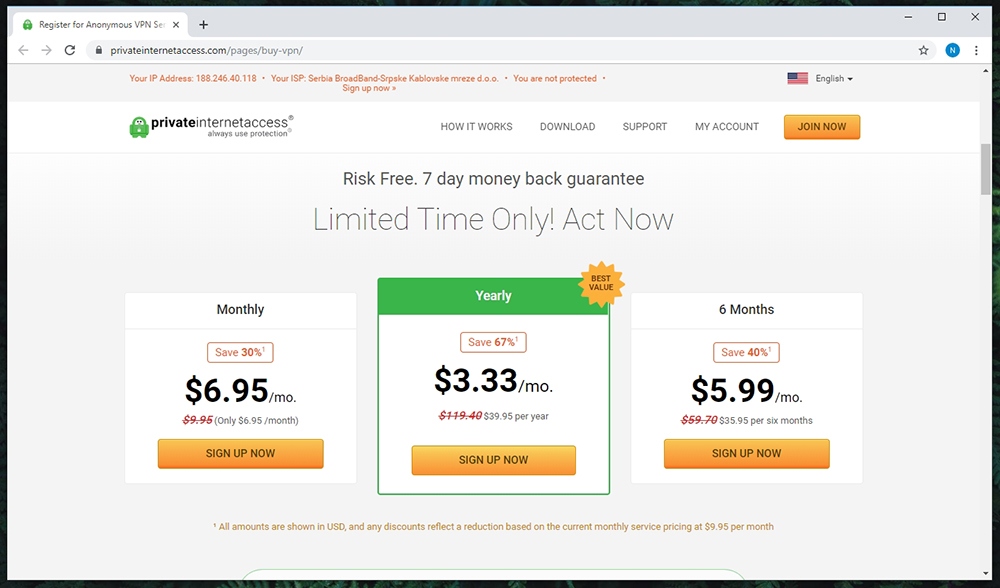 The final segment of our ExpressVPN vs Private Internet Access comparison is about pricing. We’ll tell you how much you’ll need to pay for these VPNs, and which one offers more value for its price.

Winner: If you’re looking for a more affordable option, Private Internet Access should be your pick. However, we also have to note that ExpressVPN brings plenty of value for its price – but be prepared for an upfront payment, as its long-term plans bring more value.

ExpressVPN vs Private Internet Access – Which One to Pick?

As you can tell, choosing between these VPNs can tough. However, after everything said in this article, we conclude the following. Private Internet Access is a great pick for non-demanding home users – those who simply want to secure their Web connection. Unblocking Netflix is an interesting benefit here as well. However, ExpressVPN brings a more complete package and caters to a wider range of users.

There’s a good reason why ExpressVPN is among the best-selling VPNs right now. It protects your privacy in the very best way possible, without overcomplicating things. You get to unblock websites with ease, enjoy fast Web connectivity, and plenty more. So, we highly recommend you subscribe to ExpressVPN.