How to Set Up and Use ExpressVPN on Nintendo Switch 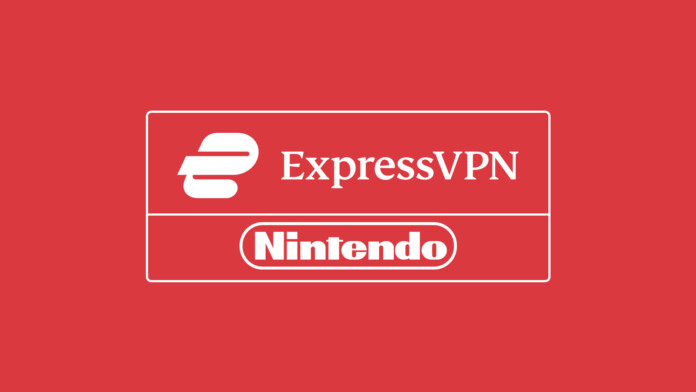 Going that route won't encrypt your Web traffic or protect you from DDoS attacks while playing online games. However, ExpressVPN's MediaStreamer will let you enjoy media streaming apps available only in the US (which means you'll get to access those from any country).

If you wish to get encryption, DDoS protection, and other VPN-related features, we recommend you install ExpressVPN on a router. However, if you wish to use ExpressVPN's MediaStreamer, you can configure it directly on your Switch - in the following way.

How to Set Up ExpressVPN on Nintendo Switch

To set up ExpressVPN on your Nintendo Switch, you need to sign up for the VPN and then set it up on your Switch manually. These are the steps you need to take:

1. Sign up for ExpressVPN using your computer and any Web browser.

4. Return to your ExpressVPN online dashboard. Then, navigate to Set Up Other Devices > MediaStreamer. On the right, make a note of your MediaStreamer IP addresses.

5. Turn to your Nintendo Switch and go to System Settings > Internet > Internet Settings.

6. Select the Wi-Fi connection that you currently use and pick "Change Settings."

7. Pick "Manual" and enter your MediaStreamer IP address (from your ExpressVPN dashboard). Make sure to insert both your primary and secondary DNS addresses.

8. Finally, click on the blue-colored "Save" button in the top-right corner. That’s it!

For the newly added parameters to become active, restart your Nintendo Switch. After that, your traffic will flow through ExpressVPN's DNS servers, letting you unblock streaming apps. Once you decide to no longer use those DNS servers, simply delete them from your Switch's settings.

Without a doubt, ExpressVPN is the best pick for Nintendo Switch, because it gives you plenty of freedom in terms of how you decide to set it up. That said, if you have more devices in your home, check our central guide on how to install ExpressVPN, with 60+ devices covered.

Finally, we'll also point you to our guide on the best VPN for Nintendo Switch - in case you'd like to check ExpressVPN's competitors.

Does ExpressVPN Work on Nintendo Switch?

Yes, ExpressVPN works on Nintendo Switch - but through its MediaStreamer feature. That means it can route your traffic through a special DNS server.

Doing so won't encrypt your traffic, but it will let you unblock streaming apps that work in the United States. Please note that Nintendo Switch doesn't support VPNs natively.

How to Connect ExpressVPN to Nintendo Switch?

To connect to ExpressVPN from your Nintendo Switch, you need to set up its custom DNS server, which will route your traffic and help you unblock streaming apps.

Sadly, there's no way to connect to ExpressVPN servers directly from Switch. However, you can set up ExpressVPN on your router instead, which is a viable alternative.

Does ExpressVPN Change My IP Address on Nintendo Switch?

No, ExpressVPN won't change your IP address on your Nintendo Switch. It will help you unblock streaming apps available in the US, but without changing your IP.

Will I Be Banned for Using ExpressVPN on Nintendo Switch?

No, you won't be banned for using ExpressVPN on your Switch. Since you'll be using a custom DNS server, your IP address won't change. That means your traffic won't be encrypted, so Nintendo won't think that you use a VPN.

That would be all on how to set up ExpressVPN on a Nintendo Switch. If you have any questions about using this VPN, don’t hesitate to post your comment below. Thanks for reading!