What Are Virtual Locations? (Why Some VPNs Use Them) 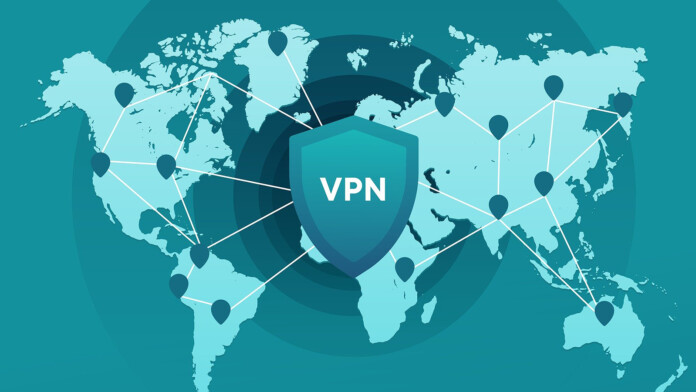 When reading up on stuff about VPNs, you've probably seen some articles and reviews mentioning "virtual locations" when talking about VPN servers.

That probably has you wondering - what are virtual locations? Are they the same thing as VPN servers, or are they completely different? Should you use or avoid them?

We'll answer those questions (and more) in this quick guide.

What Are Virtual Locations?

A virtual location is a VPN server whose IP address doesn't match its physical location.

For example, let's say you want to connect to a VPN server in Pakistan. The server's IP address will be registered in that country, but the actual VPN server might be located in India or Singapore. Despite that mismatch, any site you visit will still see a Pakistani IP address.

Despite the name, a virtual location isn't always a VPS. It can be, sure, but it can also be a physical server. It really depends on the VPN provider. If they were looking for a more budget-friendly option, they'd probably use a VPS.

Related: VPN vs. VPS – Which One Should You Pick? (An In-Depth Look at Both Services)

Some people think they are. And we can't really blame them - especially if the VPN provider doesn't disclose that they use them.

But, in our opinion, virtual locations aren't fake servers. And the VPN provider isn't trying to trick you. Even if the server is located in a different country, you're still getting the IP address you want. And it definitely works (unless the VPN leaks, but that's a whole different story).

If the provider refuses to admit they're using virtual locations (and you know they are), that's a red flag. Maybe they just assume all VPN users associate virtual locations with shady behavior, or they're trying to hide something from you. Either way, you should probably switch to a VPN provider who doesn't have a problem being transparent about their servers.

If you don't, you'll only encounter issues when trying to avoid specific geo-locations or optimize your VPN speeds.

Read More: Our Countdown of the Best VPN Services on the Market

Why Do VPNs Use Virtual Locations?

As far as we can tell, there are two situations when using them really makes sense:

Hosting a VPN server in a country with an oppressive regime that controls and censors the web isn't exactly safe. There's no telling when the authorities might try to seize the server or pressure the data center to keep logs behind the VPN provider's back.

It's much, much safer to use a virtual location in that scenario. It offers the best of both worlds - you get the geo-location you want, and the VPN provider doesn't have to constantly worry that the local government might put their users' data at risk.

The best example we can give of this is what happened to ExpressVPN's Turkish servers. Basically, the Turkish authorities seized them in the hopes of uncovering logs that might aid their investigation into the assassination of Andrey Karlov. They weren't able to find anything, but ExpressVPN still decided to shut down their physical servers there and use virtual locations instead.

2. When the Network Infrastructure Is Poor

Developing regions and remote areas don't exactly have the best Internet. Plus, there aren't many data centers there. And those that operate in those places might not meet the VPN provider's requirements (offering unlimited bandwidth, high speeds, not keeping logs, etc.).

It definitely makes more sense to use a virtual location instead. The provider doesn't get stuck with poor connections that way. And you - the user - get your money's worth by getting smooth speeds and the IP addresses you want.

How to Check the Real Location of a VPN Server

Want to test your provider's servers to see if they really are where they say they're located?

No problem - you can actually do that using some simple online tools and some attention to detail. We'll show you how to do it right now. For these tests, we'll use one of ExpressVPN's Turkish servers (since we know for a fact they're virtual locations).

1. Get the Server IP or URL

Some VPNs offer this information in your account's dashboard on their site. Others show you the IP in the VPN client. But for some, you might have to use an IP lookup tool to find the address. With ExpressVPN, we had to do an IP lookup.

When it comes to the URL, though, you'll probably need to download OpenVPN configuration files and look through them to find it. To be honest, using the IP address is enough.

2. Ping the Server from Different Locations

Now, copy the URL or IP into this online tool (CA App Synthetic Monitor), and hit Start. It will ping the server's IP or URL from multiple locations around the world.

If we check the ping from Istanbul, we can see that it isn't that great. It's similar to locations like Ukraine and Israel. So the server is definitely not physically located in Turkey.

Instead, the lowest ping on the list was from the Netherlands. The ping from the UK is also pretty low, so it's crystal-clear that the "Turkish" server is actually located in the Netherlands.

4. Do a Traceroute Test

To be really sure that you got the actual geo-location right, you should run a traceroute test. That just means you'll check how long it takes for one packet of data to reach the VPN server across a network. We recommend using the traceroute tool from CA App Synthetic Monitor.

Copy the VPN server's IP or URL into the 'Traceroute to' field and pick a city that matches the server's geo-location from the list.

Here are the results when using Istanbul (supposedly the closest location to the server):

And here are the results we got when using Eemshaven (a seaport in the Netherlands):

As you can see, it takes fewer hops and time for a data packet to reach the "Turkish" server from a location in the Netherlands than the capital of Turkey. So it's obvious the VPN server is actually located in the Netherlands.

Just to be 100% sure you got the right location, run one final ping test. Use this tool since it will ping the server from multiple geo-locations. Just copy-paste the URL or IP and click Go.

The results once again showed the quickest response times to be from the Netherlands - Nuland, to be exact, so the server is very close to it. If the server were actually in Turkey, we would have gotten quicker responses from Germany and Italy.

Which VPNs Use Virtual Locations?

We took a look at the top 10 providers on the market to see whether or not they use them:

We didn't even have to ask their support reps because ExpressVPN is very open about how they use virtual locations. They even include a list of all of them right here.

They have this support article explaining that they use them, but it wasn't enough for us. So, we reached out to their support team. They confirmed what the article said and offered some extra information:

A few of our locations are virtual. You can check it in our app. There will be a letter V next to them.

As far as we can see in the app, these are the virtual locations:

You can use this link to see which servers are virtual locations. It's the ones that have an X under Physically Located.

We only use physical servers - they all physically match their respective geo-locations.

We haven't checked every single one of their servers to see if they're telling the truth (kudos to you if you manage that, though).

However, we're willing to take their word for it since NordVPN is one of the most transparent VPNs on the market.

It's pretty obvious they use virtual locations since their server list includes a "Virtual" column. Though, to be fair, that could refer to VPSs instead of virtual locations, so we asked their support reps to confirm this for us.

Yes, virtual servers will show you in the country of the IP but are not physically hosted in that country.

This is not something we offer.

We reached out to their support reps, and they told us ibVPN only uses physical servers:

We don't use virtual locations. Our servers are physically in said locations.

They answered over email and confirmed that they don't use virtual locations.

Our physical servers are in the same country. So, the UK is in the UK. We don't do virtual locations.

You can read more about their virtual locations here, and see the full list of geo-located servers here.

Their support reps replied over email and confirmed that IVPN doesn't use virtual locations. They also highlighted one potential exception that might make users think they use them.

No - all of our servers are physically located in the countries on our server list.

One outlier is us-ca3 in California. Our IVPN app indicates that it is located in Los Angeles, though it is in San Jose in the San Francisco Bay Area.

They also recommended checking out this very in-depth article to learn more about this topic.

How Do You Feel About Virtual Locations?

Should providers stop using them altogether, or are they only an issue when they're not disclosed? Please tell us your thoughts in the comments below.

Oh, and if you know other ways to check a VPN server's actual geo-location, please let us know.