How to Install ExpressVPN on Multiple Devices 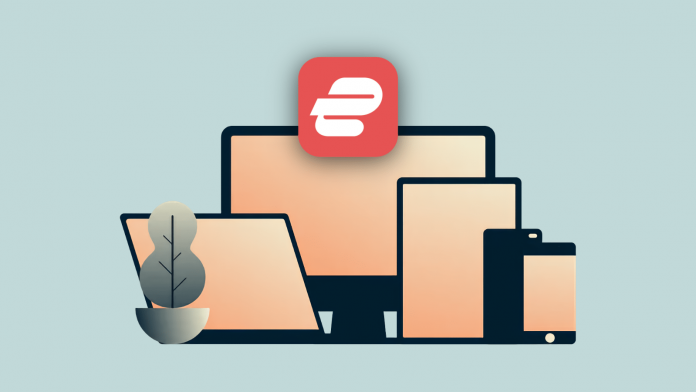 ExpressVPN gives you 5 simultaneous connections, which means you can decide how to use each available “slot” of your subscription. That said, knowing how to install ExpressVPN on multiple devices will come in handy, letting you protect all your devices at home and on the go. That’s exactly what we’ll show you in this article, alongside many useful tips.

Before we jump in, we’ll add that ExpressVPN works on practically any device. So, unless you plan your approach to installing ExpressVPN on multiple devices, you’ll quite easily cross its limits on concurrent connections. That’s when the VPN will show you its ‘Connection Limit Reached’ error message, preventing you from using its app.

However, there are other ways to use ExpressVPN on multiple devices. For example, you can install it on your router, which takes a single “slot” of your subscription. That leaves plenty of room for other devices and the ability to use ExpressVPN outside your home.

Don't worry; we'll make sure to explain everything. So, keep reading to learn more.

How Many Devices Can I Use With ExpressVPN Simultaneously?

ExpressVPN allows up to 5 simultaneous connections. That means using a single subscription to this VPN lets you connect from 5 devices at the same time.

Unlike most other VPNs, ExpressVPN doesn’t limit your use of its 3,000+ servers. Differently said, you’re free to use the same VPN server on all 5 devices, or you can use a different VPN server on each device. The only limitation is that up to 5 sessions can be active at any given moment.

Also, keep in mind that you can install ExpressVPN on as many devices as you want. In fact, we highly recommend setting up the VPN across all your devices, helping you create a solid system for digital privacy protection. Then, you can use ExpressVPN when needed.

If you need more detailed information, we have a guide explaining ExpressVPN’s limitations regarding simultaneous devices. Make sure to take a look.

What to Do If I Need to Connect ExpressVPN on More Than 5 Devices?

To go beyond ExpressVPN’s 5-device limit, you can purchase an additional subscription, share your VPN connection, or install ExpressVPN on a router. Find more info just below.

At any moment, you’re free to buy an additional ExpressVPN subscription, which is perhaps the easiest way to bypass the VPN’s 5-device limit.

To make that happen, you’ll need to use another email address, as you’ll be in charge of 2 separate ExpressVPN accounts. And yes, that also means you’ll get to install ExpressVPN on multiple devices and have up to 10 active sessions.

We’ll also mention that ExpressVPN doesn’t offer any add-ons, so there really is no other way to increase its 5-device limit. That’s why our first recommendation is to buy an extra subscription, especially if you don’t wish to tinker with this VPN.

In essence, you’ll create a new Wi-Fi network. To take full advantage of that VPN-protected Wi-Fi network, it’s best to use a computer that’s always powered on. That’s the only way to create a VPN network that works 24/7, without performance fluctuations.

To learn more, check our guide on sharing your ExpressVPN connection from Windows. You can also do the same from a macOS computer.

Option #3: Set Up ExpressVPN on a Router

So, to be clear, you’re allowed to connect all your Web-connected devices to your VPN router. Once you do so, only a single slot of your ExpressVPN subscription will be taken. The only downside is that you need a router compatible with VPNs. Also, you’ll need a bit of time and knowledge to make this setup work.

There are 2 ways to get started. The easiest one is to use ExpressVPN’s firmware, which is an option for a limited number of supported routers made by Linksys, ASUS, and Netgear. To learn how that’s done, check our central guide on setting up ExpressVPN on a router.

Installing ExpressVPN on a router is the smartest way to bypass the VPN’s 5-device limit. That’s because your router will take a single slot of your ExpressVPN connection while providing VPN protection for your entire household and any number of devices you own.

Get ExpressVPN on Router

How to Setup and Install ExpressVPN on Multiple Devices

It's easy to set up, install, and use ExpressVPN on multiple devices. For the most part, this VPN offers native software, which greatly simplifies its installation. To help you get started, we offer a range of easy-to-understand guides, which you can find just below:

How to Manage Devices on ExpressVPN?

ExpressVPN doesn’t have a centralized place from where you can manage your devices. That means you’ll need to disconnect each device manually.

More precisely, you need to use ExpressVPN's apps on every device to control their VPN sessions. And if you installed ExpressVPN on a router, there’s a way to control which devices receive VPN protection. Learn more just below.

You can install ExpressVPN on an unlimited number of devices. However, you can connect up to 5 devices at any given moment. Once you cross that limit, you'll need to remove a device manually in the following way:

For each device you disconnect from ExpressVPN, you’ll free up one slot of your subscription. That happens instantaneously. In other words, you’ll be free to connect to a VPN server from another device immediately.

Option #2: Manage & Remove Devices from ExpressVPN on a Router

Routers using ExpressVPN’s own firmware (version 3.2.0 and above) have access to a feature called ‘Device Groups.’ So, here’s how to use that feature to sort your devices into groups, each connected to a different VPN server:

Everything said above applies to ExpressVPN’s custom firmware. If you use another type of router firmware (such as DD-WRT or your router’s stock firmware), there might be an option to manage devices that use ExpressVPN’s connection. We recommend searching via Google for further information.

If ExpressVPN shows you the ‘Connection Limit Reached’ error, that means you’re trying to connect a device after having reached the limit of 5 simultaneous devices.

Here’s how to resolve that issue:

So, that would be all when it comes to using ExpressVPN on multiple devices. Even though this VPN doesn't offer the highest number of simultaneous connections out there, it's still one of the best options available. You can easily bypass its limitations with a little bit of effort and creativity.

However, if you’d like to check more options, read our guide to the best VPNs for multiple devices. We made sure to include a series of trustworthy VPNs using which you can cover all your devices via a single subscription.

Can I Use ExpressVPN on Multiple Devices?

Yes, you can use ExpressVPN on multiple devices. More precisely, this VPN gives you up to 5 simultaneous connections.

Remember that you can install ExpressVPN on an unlimited number of devices. However, it's possible to have only 5 active sessions at any moment.

How Do I Add ExpressVPN to Another Device?

To add ExpressVPN to another device, you only need to download and install it on that other device. That's easy to do, as ExpressVPN offers native apps across the board.

You can find a whole range of installation guides if you scroll up a bit. However, you can also check our central guide on installing ExpressVPN (on 60+ of its supported devices).

Can I Use the Same VPN on Multiple Devices?

Yes, you can use the same VPN on multiple devices. Every VPN gives you a certain number of simultaneous connections included in its subscription.

Does ExpressVPN Have a Device Limit?

Yes, ExpressVPN has a device limit but only in terms of simultaneous connections. You get 5 of those, but you can install ExpressVPN on any number of devices.

That means you can share your ExpressVPN username (email address) and password with practically anyone. However, don’t forget that your subscription is limited to 5 active sessions.

Does ExpressVPN Have a Family Plan?

No, ExpressVPN doesn’t have a family plan. As far as we can tell, VPNs typically don’t offer family plans as they already offer a certain number of concurrent connections.

This is where we end our guide on installing and using ExpressVPN on multiple devices. If you have any questions, let us know via the comments section below. Lastly, thanks for reading!