How to Set Up and Use ExpressVPN on Apple TV 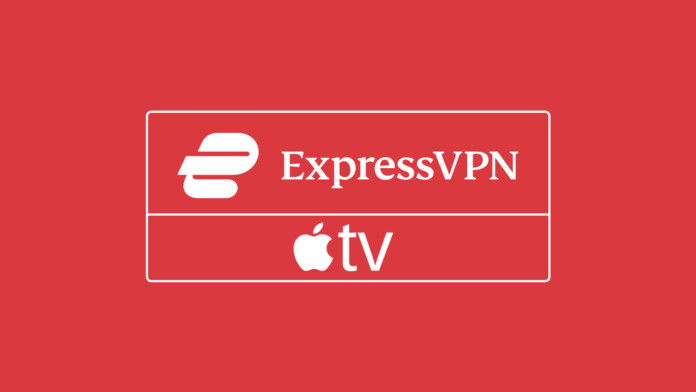 Apple TV streaming devices run on tvOS – and that operating system doesn’t support VPN apps. So, you can't install ExpressVPN directly on your media streamer. However, there's still a way to set up ExpressVPN on Apple TV using various workarounds.

You can set up ExpressVPN's MediaStreamer feature on Apple TV by changing its DNS settings (letting you unblock new streaming apps). Then, you can cast media using AirPlay from some other device, install this VPN on a router, or share this VPN's connection from your computer.

Sounds confusing? Well, there's nothing to worry about, as we'll explain everything from scratch. So, here's how to get started with ExpressVPN on your Apple TV.

How to Set Up ExpressVPN on Apple TV

As mentioned above, there are multiple workarounds using which you can pair ExpressVPN with your Apple TV streaming device. These are your options:

ExpressVPN's MediaStreamer allows you to change your Apple TV's DNS address. That's how you can unblock US-based streaming services outside the US, as well as some UK-based services (such as BBC iPlayer). Here's what you need to do:

1. Subscribe to ExpressVPN using your computer and any Web browser.

4. Go back one step and return to your ExpressVPN dashboard. Click "Set Up Other Devices" and then select "Apple TV" on the left. On the right, you'll see your DNS server IP.

5. We’ll finish this procedure on an Apple TV, so turn to your media streaming device. Navigate to the Settings app. Then, go to Network > Wi-Fi.

6. You should now see a list of Wi-Fi networks. Select the currently active Wi-Fi network. Scroll down until you see the "Configure DNS" field. Select this field.

7. You will now get to pick from two options, and you need to select "Manual."

8. Enter your DNS server IP, as shown on ExpressVPN’s website. Double-check if you’ve entered the correct numbers. Then, select "Done."

9. Finally, restart your Apple TV for the DNS changes to take effect.

Know that your Apple TV uses your Apple ID to determine the type of content you can access. If you’ve set your Apple ID country to ‘United States,’ your Apple TV will show you the apps and media streaming services available in the USA (even if you’re not in that country).

That’s precisely where ExpressVPN’s MediaStreamer comes into play – as it allows you to unblock those apps with ease.

AirPlay is Apple's video- and audio-casting technology. It lets you play a video on your iPhone or Mac and cast it on your Apple TV. That said, you'll most probably use your iPhone or Mac as the primary device, which opens up the possibility of adding ExpressVPN to that equation.

So, here's how to use ExpressVPN on Apple TV by relying on AirPlay:

As you can see, you'll use ExpressVPN to unblock and access streaming sites on your iPhone or Mac. However, know that not every streaming app supports AirPlay. For example, Netflix no longer supports that technology, but most other apps should work fine.

Method #3: Install ExpressVPN on a Router

By installing ExpressVPN on a router, you can route your household's incoming and outgoing Web traffic through a single point. So, if you set up a VPN connection on your router to a US-based server, all devices in your household will route their data through that server.

As you can imagine, that applies to Apple TV as well. To unblock streaming apps available in a specific country, you need to connect your router to a server in that country. Here's what that process entails exactly:

If you're starting from scratch, remember that you need a router that supports VPN connections. Not every router will do the job, so here's our guide on how to choose a VPN router. Then, you can jump to our list of the best VPN routers you can buy today.

It's also possible to turn your computer into a virtual router. In other words, you can share your VPN connection/network, allowing you to connect your Apple TV to that network. The only downside is that your computer will need to be on all the time.

In other words, you will need to turn your computer into a virtual router, which is not that difficult to do on Windows or macOS. Here's what that process entails:

ExpressVPN Not Working on Apple TV? - Try This!

As you already know, you're forced to use a workaround to make your VPN work with your Apple TV. So, problems may occur from time to time. Here's how you can resolve them:

It's also worth noting that Apple TV sometimes needs to be rebooted to resolve technical issues, which you do by going to Settings > System > Restart. And if you want to check other possible solutions, here are the most common reasons why your VPN isn't working.

In comparison to other VPNs, ExpressVPN remains the best option for Apple TV. That's because you can use this VPN with your Apple TV in multiple different ways, giving you all the freedom you need to create a system that works for you (as tvOS doesn't run VPN apps natively).

That said, turn to our main guide on how to set up ExpressVPN, showing you how to extend this VPN's protection to 60+ devices and platforms. Also, if you wish to check which other VPNs you can use, here's our guide to the best VPN for Apple TV.

That would be all on how to set up ExpressVPN on Apple TV. We know this can be a confusing topic, so post your questions below using the comments section. Thank you for reading!

Yes, Apple TV is region-locked. More precisely, your Apple TV will show you the version of the tvOS App Store that corresponds to the country of your Apple ID.

For example, let's say that you've registered your Apple ID to an address in the United States. In that case, your Apple TV will work with apps available in the US only.

Does ExpressVPN Work on All Generations of Apple TV?

Yes, ExpressVPNs on all Apple TV generations. However, if you wish to use ExpressVPN's MediaStreamer, you need a 4th, 5th, or 6th generation of Apple TV (running tvOS).