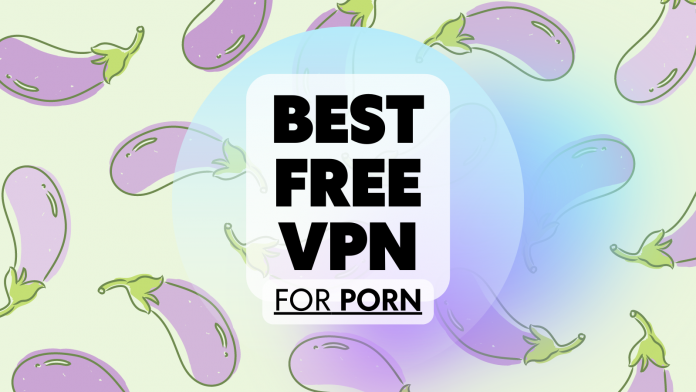 We'll also note that you get 3,000+ servers in 90+ countries. ExpressVPN doesn't have the highest server count, but it has one of the most expansive server fleets.

Finally, we'll remind you that ExpressVPN isn't a free VPN. However, it comes with 30-day money-back guarantees, which means you can try it without risk for 30 days.

Learn what more to expect by reading our ExpressVPN review.

NordVPN is often found on the lists of the best VPNs overall - and rightfully so. It's among the most capable VPNs, known for its extensive list of unique features. However, even though privacy protection is its primary focus, this is a very capable all-in-one VPN.

We'll also mention that you get 6 simultaneous connections and access to 5,000+ servers in nearly 60 countries. NordVPN doesn't have the most extensive server fleet out there, but it should meet the needs of most users.

NordVPN also features a 30-day money-back guarantee, which means you can test it without any risks for up to 30 days. That's a no-questions-asked guarantee, so you can get your money back without any effort or any problems.

There's plenty more to say about this VPN. So, we'll leave you to our NordVPN review.

When it comes to the most trustworthy VPNs today, especially free-of-charge ones, ProtonVPN deserves a very special mention. This hugely popular VPN service is known for its free plan, as well as the ability to protect your privacy in the best way possible.

That's because security- and privacy-related features are the same for ProtonVPN's free and paid plans. That means you'll get a no-logs privacy policy, high-end encryption, and the ability to prevent Internet trackers. On top of that, this VPN doesn't come with a data allowance, which makes its offer unique.

However, there are some limitations, nonetheless. You'll be limited to VPN servers in three countries (Japan, the Netherlands, and the United States). And even though ProtonVPN has close to 100 servers for free users, they're typically under a heavy load. That means your Web connection speed will most probably be very limited.

So, you'll have to fight for all those gigabytes. However, you won't have to fight for the VPN's server network. That's where Windscribe is quite generous, giving you access to ten countries (most of which don't have a single problem with pornography). Of course, your speeds will be limited, so it would help to have a fast Web connection.

Hide.Me comes with apps for any popular platform (Windows, macOS, Android, iOS), so getting started should be easy enough. You can use those apps to connect to five locations in countries such as the United States, Canada, Germany, and the Netherlands. And even though this VPN comes with unlimited speeds, be prepared to experience some throttling.

We should also mention that free users get 10GB of data monthly. There's no way to lift that limit unless you pay for the VPN. Of course, 10GB per month seems quite generous since most free VPNs limit you to 500MB per month (or per day, in some instances). That should be enough for streaming a couple of videos on occasion, in low quality.

Lastly, know that Hide.Me is a trustworthy VPN. You don't even have to sign up to access its free plan. Also, you won't find any ads or trackers, which is refreshing to see. And lastly, Hide.Me promises not to collect your data, whether you pay for the VPN service or not.

In most cases, free VPN services come with a limited amount of data you can transfer per month or day – which is their most limiting factor.

Free VPNs also come with a limited selection of servers. In most cases, those are found across North America and Europe. With that said, if you're elsewhere, you'll be forced to connect to very remote servers. Doing so will affect your Internet connection speed, sometimes even making it impossible to stream video.

If you want a more pleasurable experience overall, we recommend using a premium VPN.

Will a Free VPN Make My Connection Slow?

Yes, a free VPN will make your Web connection slow. Some free VPNs throttle your speed by design, while others suffer from performance-related issues.

Keep in mind that free VPNs come with a limited number of servers. Those servers can get overcrowded quickly, which affects their overall performance. That's why free VPNs can never match the performance their premium counterparts offer.

However, you're most probably far away from the United States. In other words, your connection to a US-based server might produce less-than-desirable speeds.

With that said, our recommendation is to connect to the nearest country your chosen free VPN offers. Make sure that country has no problem with digital pornography, increasing your chances of unblocking that type of content.