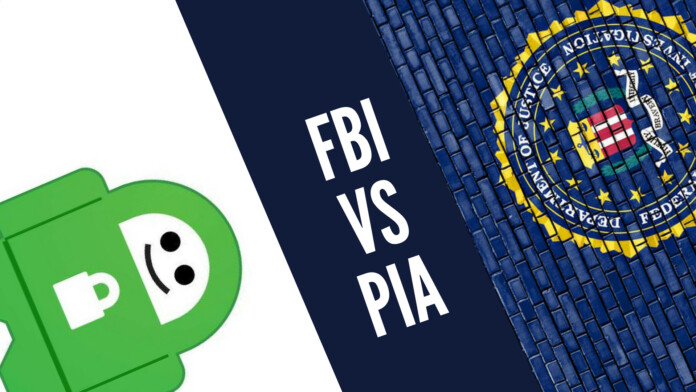 A hacking trial in San Jose Federal court has done it again for VPN provider Private Internet Access (PIA). The case has proved that online activities cannot be linked with user’s identity if the user was on a VPN, which in this case was PIA. This is the second time any such claim has come forward against PIA.

The 34-year-old M. Colby, who is from San Francisco was accused Back in April 2017, following an FBI investigation. This was when the federal court in San Jose was proceeding a hacking offense related to several local media websites, which were privately owned by Embaradero Media Group. Some of the major websites were the Almanac and Palo Alto Weekly. Colby was charged with intentional and attempted damage to a computer and intrusion in the digital property.

As per the case, Colby illegally accessed the email accounts of Embarcadero Media in July 2015. This was followed by the September 2015’s association of Guy Fawkes image with 'Anonymous.' The popular message – ‘Unbalanced journalism for profit at the cost of human right. Brought to you by Almanac.’ was left in the inbox of the hacked email accounts.

After the astounding imprisonment for two decades and coupling fine of several hundred thousand dollars, Colby was freed on bail after pleading not guilty. This case was covered by Palo Alto Online which brought it to the eyes of the public. This case also brought out something peculiar about the VPN services and their users.

In the mentioned case, FBI submitted the evidence against PIA which was allegedly used by the hackers to operate Embarcadro Media’s email accounts. This evidence was coupled with the testimony of General counsel of London Trust Media, also the owner of Private Internet Access, John Allan Arsenault.

Arsenault told the court that he was not able to produce any useful information in response to the allegations as VPNs do not retain logs of users’ internet activities. He also added that PIA has the same logging structure as most of the other VPNs and do not keep records of customers’ names and addresses.

'Although,' he said, 'the PIA accepts the payment through several modes, including cryptocurrencies, the only information PIA retains is the email addresses. There is no sign that Ross Colby signed up to PIA with any of his two known email IDs.'

There are plenty of other testimonies of this case that could interest people if they are concerned about their internet security and VPNs. But, the result of this case was in favor of PIA. This is now the second time when PIA has advocated that it has ‘no-logging policy’ in the court and apparently, it sticks to it. These allegations against VPN services are usually hard to prove and could bring down any kind of service providers. These serious allegations might also result in terms of banning the services completely. Nonetheless, PIA positively came out of all these hacking allegations.

However, there is another angle to this incident that tells us that if VPNs are involved in a case as big as this one, IP addresses is just a side of the equation. There are always other sides that play the major role.

The mentioned case is yet to announce its decision and primarily depends on the ruling of the jury.

We at Technadu, like always, hope that the truth wins. Meanwhile, you can continue using PIA.