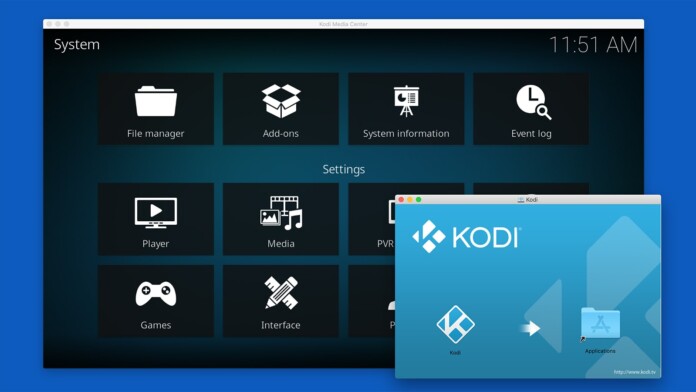 Updating Kodi can be confusing, especially since you can’t update it the "usual" way. You’re probably used to updating applications from within their interface, typically by going into a menu and choosing 'Check for Update.' Well, the situation is a bit different when it comes to updating Kodi - but there’s no reason to worry.

In general, updating Kodi requires you to reinstall the application. That way, you replace or upgrade outdated files, which will patch Kodi to the latest available version. This is especially important to remember if you want to keep your media library intact.

However, if you’re experiencing problems with Kodi, you might want to delete the old version first (and therefore lose your media library and addons), and then install the latest version from scratch. To check solutions to technical issues, see our Kodi troubleshooting guide.

Finally, here’s everything you need to know on how to update Kodi in 2022, covering all of the natively supported platforms.

How to Update Kodi on Windows

The easiest way to update Kodi on Windows is via a script called 'Kodi Windows Installer.' Here’s our step-by-step guide on updating Kodi on Windows (if you’ve installed Kodi by downloading it from its official website).

Full Guide - How to Install (Update) Kodi on Windows

How to Update Kodi on macOS

Full Guide - How to Install (Update) Kodi on macOS

How to Update Kodi on Linux

As Linux users already know, applications are typically installed on this operating system by typing commands. Therefore, it’s not surprising to see this same procedure applying to Kodi. Here’s how to update Kodi on Linux.

Full Guide - How to Install (Update) Kodi on Linux

How to Update Kodi on Android

Android users rely on the Google Play Store to download and install apps, with their operating system doing all the heavy lifting. With this said, you can use the Play Store to update your apps, including Kodi.

Full Guide - How to Install (Update) Kodi on Android

How to Update Kodi on Firestick

You can’t download Kodi on FireOS using the Amazon App Store. However, there are several methods of getting Kodi to work on your FireOS device, as this is an Android app after all. So, here’s our general description of how to update Kodi on FireOS.

Full Guide - How to Install (Update) Kodi on FireOS

How to Update Kodi on Xbox

By default, your Xbox will keep all your games and apps updated automatically. Still, there might be a glitch in this process, which is when you need to update apps manually. So, here’s how to update Kodi on your Xbox One X/S and Series X/S.

Full Guide - How to Install (Update) Kodi on Xbox

How to Update Kodi on iPhone & iPad

Sadly, Kodi is listed on the iOS App Store. Even though this application offers a fully-featured iOS/iPadOS app, Apple doesn’t allow its presence on the App Store. That’s why you need to use a workaround when installing Kodi on iOS.

Clicking on the provided link will take you to our in-depth guide on installing Kodi on iOS. This is where you’ll see two methods, depending on whether you have a Windows PC or Mac (which is needed to install Kodi on your iPhone/iPad).

To update Kodi, you need to reinstall it. However, we do suggest completely removing Kodi from your iOS device first and then installing it from scratch (which will eliminate any custom content you might have added), especially if you want to avoid technical issues.

How to Update Kodi on Chromebooks

In case you’ve bought your Chromebook during the last year or so, you probably have access to the Google Play Store. If that’s the case, all you need to do is update the app through Google’s app store – which means that your Chromebook will do the job on its own.

As noted in our article on how to install Kodi on Chrome OS, if you don't have access to the Play Store, you can use a Linux emulator (applicable to newer Chromebooks). So, go through the steps found there (use the provided link).

How to Update Kodi on Apple TV

In the past, Kodi used to be present on Apple TV devices via 'sideloading.' After a brief pause, Kodi 19 'Matrix' once again offers a fully-featured app designed specifically for tvOS.

With that said, if you already have Kodi installed on your Apple TV, you probably use a very old version, so you'll be making a big jump when updating Kodi to v19.

If you want to update Kodi on Apple’s media streaming device, you need to repeat the procedure of installing Kodi on Apple TV. Use the provided link to read our hands-on guide detailing all of the currently available methods.

How to Update Kodi on Nvidia Shield TV

Nvidia Shield TV is powered by Android TV, meaning that you can find Kodi in the Play Store. In addition, your Shield TV will automatically update Kodi when a new update is published. However, it’s also good to know how to update Kodi on Shield TV manually.

How to Update Kodi on Raspberry Pi

Assembling your own Raspberry Pi device can be a highly educational process. If you already know how to install Kodi on Raspberry Pi, you know that you can use LibreELEC. To install Kodi 19 Matrix, you need to update your LibreELEC installation, so here’s how that is done.

Full Guide - How to Install (Update) Kodi on Raspberry Pi

How to Update Kodi on Smart TVs

Kodi is available on a wide range of smart TV models. However, those who use Android TV are in the best possible position. Here’s how to update Kodi on those smart TV models:

Full Guide - How to Install (Update) Kodi on Smart TVs

Want to Learn More About Kodi?

So, what’s next after you update Kodi? Well, you can import your media library, install addons, and plenty more. Here are some resources that can help you take full advantage of this highly capable application.

Dear readers, that would be all on how to update Kodi. If you have anything to say or ask, don’t hesitate to post a comment below. We’ll do our best to provide a timely response. And of course - enjoy using Kodi!