Can a VPN Be Hacked? – All You Need to Know About Common Hacking Techniques! 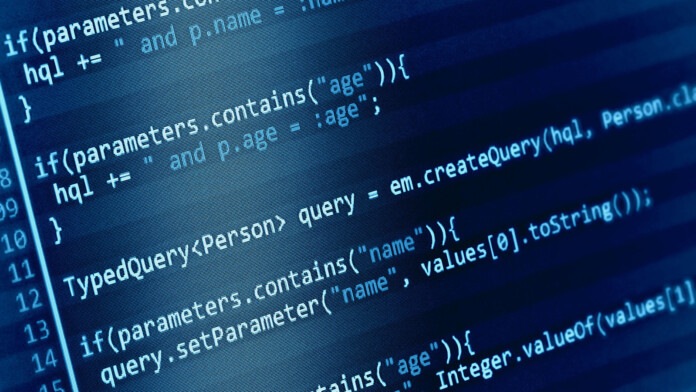 It’s often said that VPNs are the most effective way of being secure online. They keep your personal data secure and they keep malware away for your device. However, there’s always the question of how truly secure these applications are? That is precisely why we wanted to bring a comprehensive article on different hacking methods, and see if VPN truly is the perfect answer to those. So, can a VPN be hacked? Let’s take a look.

We don’t have to tell you that pretty much any Web-connected device can be hacked. However, there’s the question of how much time and knowledge certain hackers need to have to reach their goals. Therefore, reliable protection would bring a big enough barrier to deter potential hacking attempts before they happen. And this is precisely where VPN services come into play.

Even though VPNs can be hacked in theory – you’ll be safe in 99.99% of the cases. They can completely stop hackers in some situations while providing reliable and strong-enough protection in other situations. The bottom line is that a capable VPN can be your best ally if you seek online protection.

What Kinds of Hacking Attempts Can Be Blocked by VPNs?

It’s important to note that there are numerous ways a hacker can get to your data. That’s why we need to take a look at specific hacking techniques and see how effective VPNs are in keeping you secure. 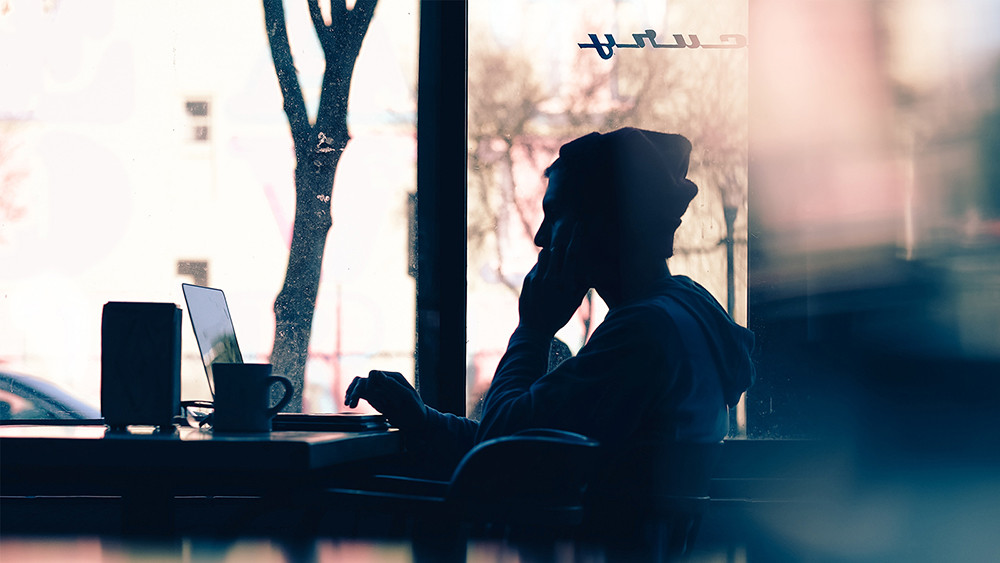 This is perhaps the easiest hacking technique that uses a fake wireless network. A hacker can set up a router in a public space and create an open connection. This means that you don’t need to provide a password to connect to this network – which is the reason why many people don’t think twice before joining. Every device connected to this network is highly vulnerable since there’s nothing to prevent hackers from stealing your private information and injecting malware.

Can a VPN be hacked via fake Wi-Fi networks? You’ll be happy to know that VPNs provide 100% reliable protection against this hacking attempt. Since they encrypt your data, they make it much harder (and close to impossible) for a hacker to ‘read’ your data. If you need some suggestions, take a look at the best VPNs for public Wi-Fi networks.

Every time you go online, you can see plenty of ads on each page you visit. However, have you ever stopped for a minute to think about what’s behind those ads? Maybe they lead to a malicious website that can automatically inject malware or different kinds of online trackers. This hacking technique is known as ‘bait and switch’ and it’s been in use since the early days of the Web. Even though advertisers are doing a good job of screening ads, there’s no way to ensure that all of them are safe.

Can a VPN be hacked via bait-and-switch? In general, VPNs have the means to protect you against this type of intrusion. Some are more specialized than others, so the safest ones are those that remove ads along the way (via included ad-blockers). 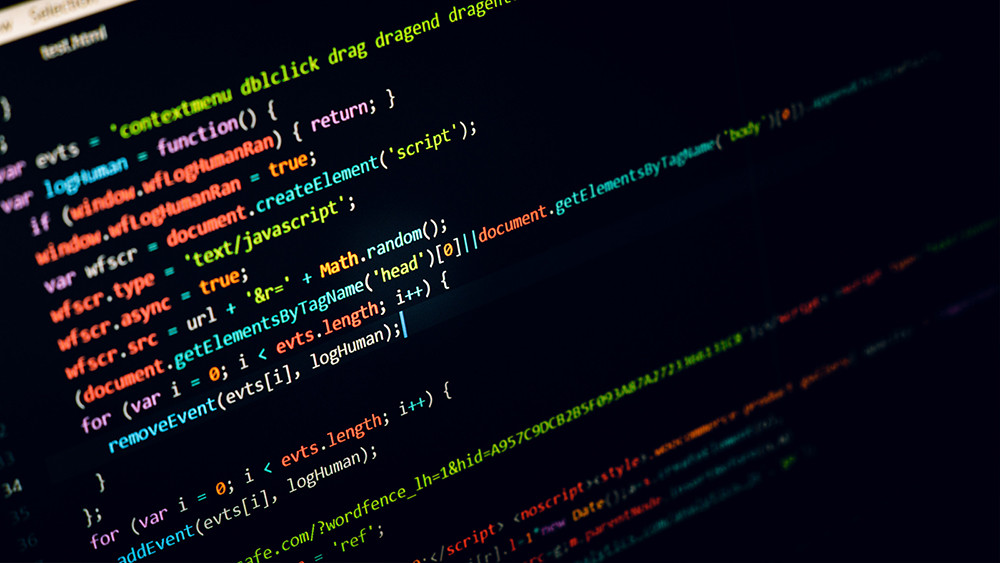 You have probably stumbled upon those annoying websites with numerous pop-ups all around the screen. These pop-ups are usually related to ‘detected’ viruses and you’re being asked to call a phone number to get rid of that virus. As you can see, this kind of hacking attempt is targeted at those who might not be aware that there are fake ads online. Since these pop-ups take over your Web browser, you have no other solution than to do what’s said on your screen.

Can a VPN be hacked via browser takeovers? VPNs can’t be hacked to allow any kind of browser takeover, making sure you’re safe online. Once again, you’ll get the best protection from those VPNs that screen malicious links and ads.

You have probably heard about cookies before. These are very simple and lightweight files served by numerous websites that you visit. Their role is to help the websites identify you, serve personalized pages, and let you use a custom-created account. However, hackers can intercept those cookies, read your private information and even obtain your credentials for online shopping websites, social media, and more. This means that you're sacrificing your privacy, without even being aware of that.

Can a VPN be hacked via cookie theft? Due to the way they work, VPNs make sure that cookies are served the right way and that they only stay with you. This means that VPNs can 100% protect you against cookie theft attempts. 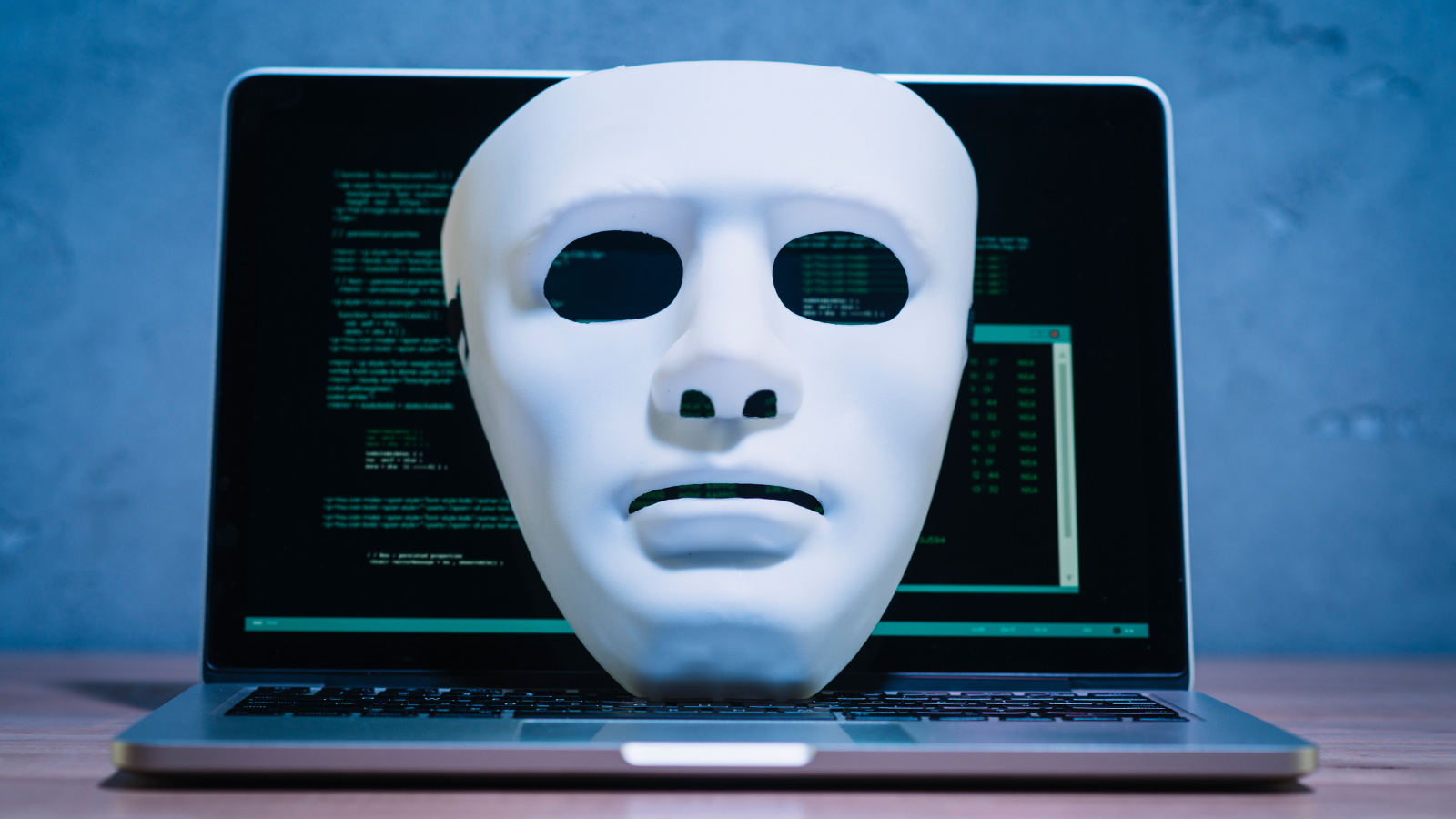 Quite often, we get to hear about data breaches affecting millions of users. This happens by hacking or breaching a database, which often contains usernames and passwords, along with plenty of other personal information. Under the assumption that individuals use the same password across different websites (which is often the case), hackers can easily access your email account, social media accounts, and plenty more. You can easily see how damaging this hacking attempt can be.

Can be VPN be hacked via credential reuse? Well, VPNs can't help you with your passwords. It's completely up to you to use a reliable password manager that can create strong passwords for individual websites. Interestingly enough, some VPNs have started expanding their services into this area, with NordPass being the first one. Therefore, the situation seems to be changed for the better.

There's a type of hacking attempt targeted at individual websites, whose main goal is to create an invisible frame over the websites that you visit. In other words, a hacker can add another layer to a website with invisible buttons that you click on without even noticing. Since this hacking attempt is designed around stealing cursor clicks, it's called 'clickjacking'. In the majority of cases, it's done for collecting likes on social networks and even for enabling the user's camera and microphone.

Can a VPN be hacked via clickjacking? VPN can protect you against clickjacking, but not every VPN will do the job. In general, VPNs that come with ad-blockers and anti-malware tools can be of help here. They come with a database of compromised websites, preventing you from accessing such domains. 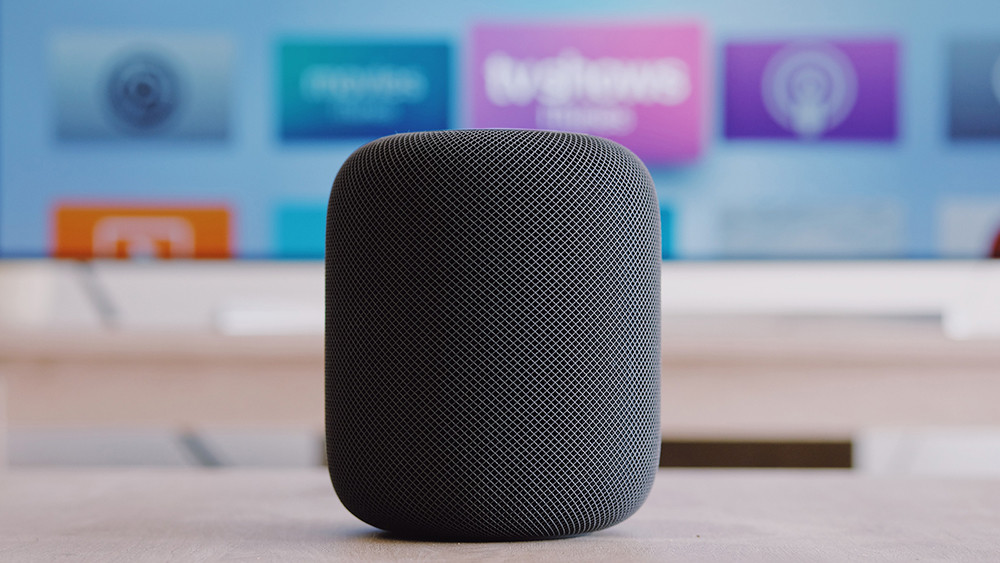 Have you already turned your home into a smart home? Do you use Wi-Fi-connected lighting, sound systems, smart speakers, smart outlets, or anything similar? Well, you should know that these devices don’t have any security systems in place and it’s relatively easy for hackers to get to them. Since they pose such a big risk, you should always make sure that you’re using the most secure router available.

Can a VPN be hacked via IoT attacks? If installed on your computer, VPNs can’t protect you against this kind of intrusion. However, VPNs run on routers will do the job. Here’s how VPNs can be installed on routers, and here are our top picks for the best VPN routers.

DDoS attacks are not typical hacking attempts as their goal isn’t to steal your data. Instead, these attacks are aimed at implanting bots into your device. Then, your device becomes part of a much larger network used to send malicious and fraudulent requests to servers and individual websites.

There are two possible consequences to DDoS attacks. First, bots can eat up a fraction of your system resources, making your computer somewhat slower to run. Then, they can take some bandwidth which throttles the speed of your Web connection. And on top of this, bots can be hard to identify and remove.

Can a VPN be hacked via DDoS attacks? Well, this depends on how capable is your VPN. Some VPNs come with built-in features that protect you against botnet commands. This means that once a bot is found on your system, it will be isolated. You will still need a capable antivirus to remove this malware.

Phishing is similar to some previously described hacking techniques. A hacker behind the phishing campaign comes up with a convincing email to persuade you to lower your guard. You are usually redirected from that email message to a malicious website that can serve different kinds of purposes. For example, it can implant malware, serve bots, or collect your personal information (that you often need to provide yourself).

Can a VPN be hacked via phishing? In all honesty, you need to use your common sense first. Do not reply to strange messages and don’t fill out any forms that you don’t trust. Then, a VPN comes as your safety net. Some VPNs can scan fraudulent links and stop you from visiting malicious websites. 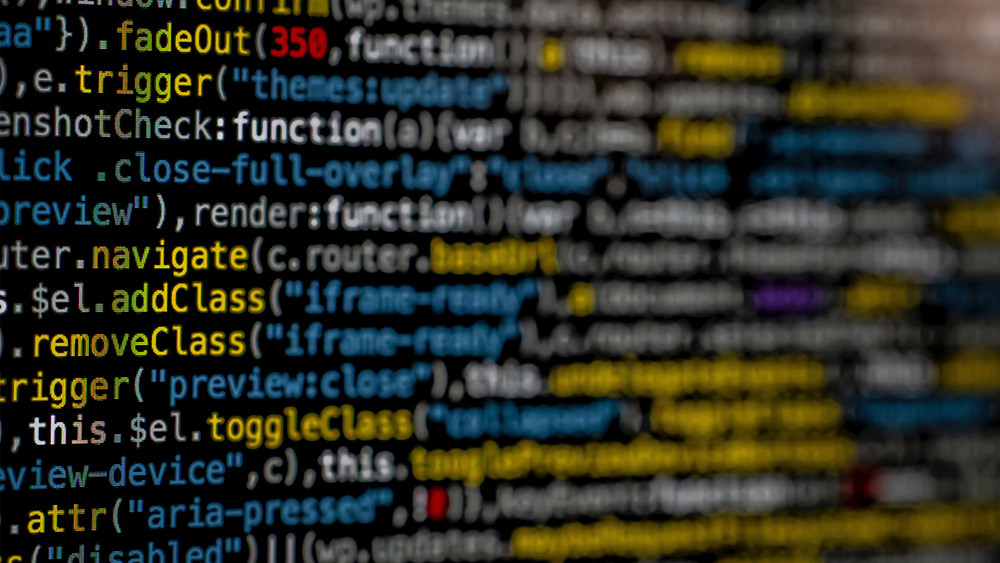 There is a number of different ways that hackers can intercept your online communication. Most often than not, this is done by someone hacking their way into your WiFi networks. This is the reason why you should never trust open and public WiFi networks. Once this happens, the hacker can see everything you do online, including your private info, sensitive payment information, email messages, and more. In the majority of cases, this is done for the financial gain since hackers usually target your payment information.

Can a VPN be hacked via MITM? Thanks to their strong encryption, VPNs can’t be hacked this way. Even if that happens, hackers will only receive encrypted information – and these files won’t be of any use to them.

Once you enter a website’s URL into your Web browser’s address bar, you will be first connected to a DNS server. Thanks to this server, you will be redirected to the right address. Now, imagine a hacker having access to this server. This means that a huge number of individuals can be taken to a malicious website without their knowledge. You can easily see how dangerous this can be. By visiting a fraudulent website, your device can easily get infected with all kinds of malware.

Can a VPN be Hacked via DNS spoofing? Once you connect to a secure server, it can use your VPN provider’s DNS server. This means that there’s no way for a hacker to obtain access to that server, and therefore they can’t redirect you to a false website. Still, you need to know that hackers can try to get access to DNS servers offered by VPNs. However, such an attack never happened so far.

What Kinds of Hacking Attempts Are Out of VPNs' Reach?

As you can see by now, VPNs are highly effective tools for preventing a whole range of hacking techniques. However, there are some techniques are out of VPNs’ reach.

Can Someone Directly Hack into Your VPN?

Finally, you might be wondering if a VPN can be hacked directly. For example, can someone get to your computer by disabling your VPN, opening your device to numerous online dangers? Well, there’s one huge obstacle that prevents this from happening – and that is your VPN’s encryption protocol.

Currently used VPN encryption standards across all popular VPNs are highly advanced. We’re talking about AES-256 encryption and better – typically used by government agencies, banks, and military organizations. It’s said that breaking that type of encryption would take many years. Therefore, you can easily see how demanding this process would be, which is why hackers aren’t usually willing to go into this endeavor.