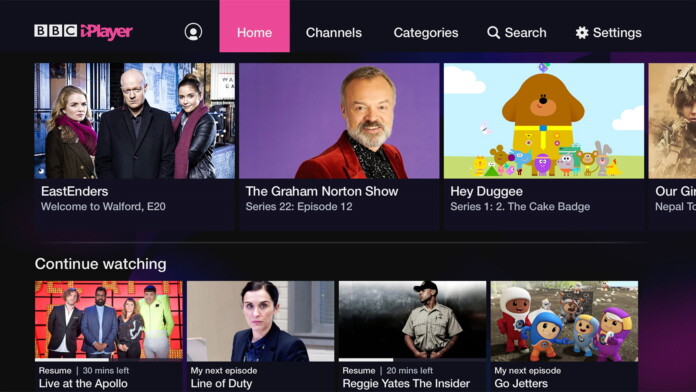 BBC is the home of some of the most critically acclaimed TV shows – such as Doctor Who, Luther, TopGear, Planet Earth, and more. And even better, all of this original programming is available free of charge – via BBC iPlayer. The only problem is that this streaming service is restricted to the United Kingdom. Lucky for us, there’s a simple solution to this problem, which is why we’ll introduce you to VPN applications. More precisely, we’ll talk about the best BBC iPlayer VPN in 2021.

First, let’s give you some crucial information about choosing a VPN for BBC iPlayer. First of all, you’ll need a solution that brings servers in the United Kingdom, as you’ll need a UK IP address when accessing this streaming service. Then, you need to be sure that your chosen VPN supports BBC iPlayer, which is where our hands-on tests will come in handy. However, let’s not forget that VPNs aren’t only used to unblock new types of content. They are designed to help you anonymize your Web traffic, put an end to online trackers, and more. This is precisely why we’ll give you the best all-around VPN recommendations, suitable for different needs, priorities, and budgets.

All of the VPNs found below can be used to unblock BBC iPlayer from outside the UK. However, we recommend you pay attention to their subtleties. As you read the following descriptions, pay attention to their device support, how many simultaneous connections they offer, their privacy-related features, and more. Based on your needs, maybe you don’t have to go for the most comprehensive VPN out there. And if you don’t care about your online privacy, a lesser-known VPN (that comes at a lower cost) should do the job just fine.

Imagine that you are, let’s say, in Nigeria, Lebanon, or Venezuela. Watching content on the BBC iPlayer under normal circumstances is impossible since the service is only obtainable by people living in the United Kingdom. ExpressVPN, however, has one of the most extensive collections of countries available for connection, so enjoying this excellent British online streaming channel is within your reach.

With ExpressVPN, you can connect to one of the 3,000+ available servers around the world, strategically located across 90+ nations. You will have access not only to the BBC iPlayer (as there’s a sizeable list of servers in the UK) but to content from almost a hundred other places, which seems insane!

ExpressVPN has many features and options that make it the best BBC iPlayer VPN. It has a 30-day money-back guarantee to make sure you can get a refund if you use it for a month and don’t find the experience satisfactory, for example. It also has DNS leak protection to avoid your IP address from being public, a kill-switch, P2P activity allowance, and efficient customer service, with a live chat window for more immediate answers. Read our complete ExpressVPN review for more information.

Learn: How to download, install and use ExpressVPN on any device

NordVPN is an excellent VPN to watch the BBC iPlayer’s extensive channel selection. It has thousands of servers and these are available in 60+ countries, one of them being the United Kingdom. You will have access to all the shows that this British consortium has available.

NordVPN does not keep any records of your activity, has double data encryption, and achieves fast speeds, although some servers may get slow with traffic. With its ability to connect up to six devices at the same time, its kill-switch, its ease of access and manipulation, affordability, unlimited bandwidth, and many payment methods accepted (Bitcoin included), NordVPN is one of the most capable VPN solutions.

Also obtainable with NordVPN is a 30-day money-back guarantee, a useful ‘escape’ after a month of use if you don’t find yourself fulfilled with the described features. Finally, go through our NordVPN review if you need more information.

VyprVPN is one of the best-named VPN clients in the industry. It has a robust encryption method and policy that makes your IP address disappear, so no third party will be able to track you online. This VPN service keeps no logs of the users’ activity whatsoever, which is also an important point to consider.

It’s also important to be said that VyprVPN has a lot to offer to the streaming addicts. It has many servers in different locations, reliable and fast speeds, a kill switch so you can remain under protection in the event of a connection loss. Unlimited bandwidth, AES-256bit encryption, no limits on P2P traffic, and all the standard protocols complete the package.

Also included is a 30-day money-back guarantee, which is a helpful option if you change your mind in the meantime. Find more information, head over to our detailed VyprVPN review.

Projecting the image of a serious, responsible and accountable VPN provider, TorGuard’s main pitch is the most reliable encryption, privacy, security and overall protection in the industry.

What interests BBC iPlayer users the most, however, are the quality speeds that TorGuard achieves. Furthermore, there are 50 countries available for connection, a more than acceptable number, considering that this option has multiple servers in the United Kingdom. Another advantage of using TorGuard over any other of the top choices is the quality of customer service that it provides. You can reach its help and support agents via email, phone or live chat, when most VPN providers offer one, maybe two methods of contact.

It also has a 7-day money-back guarantee, access to dedicated IP addresses, no overloaded servers, a strict no-logging policy, and secure DNS servers. For further details, read our TorGuard review.

SaferVPN provides the opportunity to access and unblock sites and services in 34 nations. This is away from the very best but more than enough to satisfy most customers. Also, the company has servers in the United Kingdom that allow users to enjoy the best content of the BBC iPlayer.

When it comes to this VPN’s features, SaferVPN doesn’t lose interest: it has a Chrome extension, IKEv2 support, ticket support, and the ability to connect a maximum of five devices at the same time. A 30-day money-back guarantee represents more than enough time to know for sure if you like what SaferVPN offers.

SaferVPN has a very user-friendly interface and website, satisfactory speeds to stream and download, unlimited speed and bandwidth, a 24-hour free trial, AES 256 bit encryption, and no user logs. One disadvantage is that it doesn’t have Linux support (natively). For more details, read our complete SaferVPN review.

If you decide to go with any of our recommendations for the best VPN for BBC iPlayer, you won’t make a mistake. However, we’re sure that some of you might want to learn more about this type of software – so, make sure to keep on reading.

Do I Need a VPN for the BBC iPlayer?

The short answer is – yes. Unless you’re in the United Kingdom, a powerful VPN is the only method of accessing BBC iPlayer. And even if you live in the UK, a VPN can help you secure your private data and make it inaccessible to anyone else online.

How to Choose the Best VPN for iPlayer?

When choosing the best VPN for BBC iPlayer, make sure that it has plenty of servers in the UK. Then, you need to check whether it can unblock this service, as well as what kinds of speeds to expect. You’ll find all of that information by reading reviews, so make sure to do your research.

Yes – BBC iPlayer has become quite successful in detecting and blocking VPN services (which wasn’t the case until a few years back). So, you need a VPN that can 100% unblock this streaming platform. Any of our recommendations will do the job, with ExpressVPN taking the first place.

How Do I Watch BBC iPlayer With a VPN?

Once you subscribe to a VPN service, you’ll get to download it on your computer, smartphone, tablet, smart TV, and more. So, install the application and log-in. Then, connect to the server in the UK. Once connected, feel free to visit the iPlayer website or its app – and you’ll get to use it as if you were in the United Kingdom. It’s that simple.

Do You Need a UK TV License to Access iPlayer?

When accessing BBC iPlayer, you might be asked whether you have a TV license. However, you can simply confirm that you do have a proper license and enter a valid UK postcode. And if prompted to create a new account, feel free to do so. Once you’re done, you should have full access to the service without any rigorous checks.

Which VPNs No Longer Work With BBC iPlayer (2021)?

It’s interesting to note that BBC iPlayer isn’t the easiest service to crack. This means that a whole range of VPNs cannot unblock this service. Take a look at the following list and make sure to avoid these VPNs.

BBC iPlayer Not Working? Here’s What You Need to Do!

Before making the final decision, make sure to contact a chosen VPN and ask if they support the BBC’s iPlayer. In case you experience certain problems while using a VPN, your first action should be to pick a different server in the UK. You might also want to clear the cache of your Web browser and then retry to access the iPlayer website.

Are There Free VPNs That Work With BBC iPlayer?

We strongly recommend you to avoid free VPNs. These simply don’t work with services such as BBC iPlayer. Also, they come with severe bandwidth limitations making it close to impossible to stream video files. So, make sure to use a trustworthy VPN service, like ExpressVPN, for example.

If you enjoyed our article on the best VPN for BBC iPlayer, feel free to share it with your family, friends, and acquaintances using your favorite social media outlets. And don’t forget to follow us on Facebook and Twitter. Thanks!