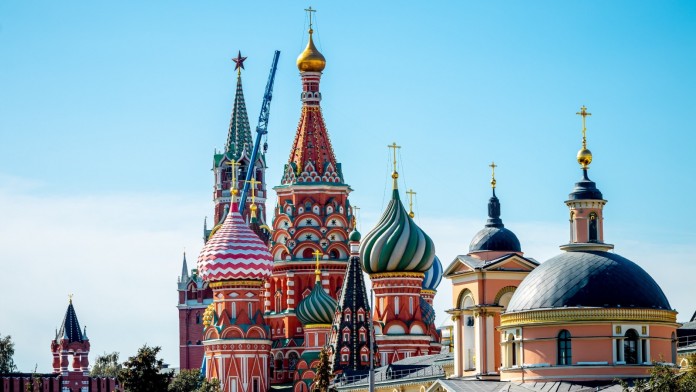 Russia is no stranger to controversy - especially when it comes to how the Internet works in the country. Personal freedoms are under constant attack, as foreign sites are getting blocked on a regular basis. Besides, Russian ISPs are some of the worst when it comes to collecting data about their users. The most effective protective tool you have at your disposal is VPN services - but you need to find truly the best VPN for Russia, as that type of software should be used with caution in this country.

Russia is in a constant battle against VPN services. The government has asked a small group of prominent VPNs to implement a list of blocked websites or face a complete ban in the country. Kaspersky Secure Connection VPN was the only one to comply with the decision - unsurprising, considering the VPN comes from Russia.

The rest have decided to shut down their Russian-based servers in an effort to stay committed to user privacy and security. Fortunately, some have also implemented new server nodes in adjacent countries. As such, you can still enjoy decent speeds since the distance between you and the VPN server plays a vital role in connection quality.

As you can imagine, there's a lot to consider when choosing a VPN to use in Russia. So, we'll share our knowledge and experience to help you shortlist your options.

Why Do You Need a VPN for Russia?

You need a VPN for Russia to secure your digital privacy, prevent ISPs from collecting your data, and unblock websites not accessible in the country.

During the last couple of years, we've seen Russia fighting against foreign IT companies, banning privacy-focused digital services, and being aggressive towards search engines. The culmination of those efforts happened in 2019 when Russia introduced a list of banned websites and tried forcing VPN services to implement those restrictions.

Then, there's the aggression towards Ukraine, which prompted Russia to increase its censorship efforts, forcing media outlets to provide information from government-approved sources only. On top of that, we've seen social media networks being restricted in the country, which is yet another attempt on the part of Russia to control the flow of information.

Even without going into details, it's clear that we're talking about a country where personal freedoms aren't taken seriously. Therefore, it's your obligation to protect yourself and ensure your sensitive data never leaves your device. And that's precisely why using a VPN is no longer optional in Russia - but highly recommended and even mandatory.

How to Use a VPN in Russia

It's easy to use a VPN if you live in Russia (or anywhere else, for that matter). Here's what you need to do:

And now, let's talk about the best options you have available today. As per our findings, these are the 5 best VPN services for Russia:

1. ExpressVPN - Best VPN for Use in Russia

ExpressVPN was one of the VPNs targeted by Russia's Roskomnadzor in 2021. As expected, the provider has remained committed to its fight for Internet freedom and refused to implement the country's list of blocked websites.

To avoid any sanctions, ExpressVPN no longer offers servers within Russia. However, you can use it to connect to foreign servers and access websites no longer available in the country. It offers servers in neighboring countries such as Finland, Estonia, Lithuania, and others, for a whopping 94 total countries to choose from.

Since it comes with obfuscated servers, ExpressVPN works perfectly fine in countries like Russia and China, known for their aggressive stance against VPNs. It features lightning-fast speeds, and it's suitable for just about any purpose (including browsing the Web, streaming media, downloading torrents, and plenty more).

You can learn more via our ExpressVPN review, where we delve deeper into this VPN's features.

Yet another VPN that has refused to comply with the Russian media regulator's demands and subsequently shut down its Russian servers. NordVPN features a vast network of fast servers worldwide - including neighboring countries, so that shouldn't be much of an issue.

Additionally, NordVPN offers obfuscation via specialized servers backed by the OpenVPN protocol, disguising your VPN traffic as regular traffic. Highly useful in case Internet regulations in Russia become even more stringent, which is likely to be the case in the future.

This VPN takes great pride in its security-first features, including standard and specialized servers. Using those, you can connect to P2P servers, access the Tor network, double-encrypt your data, and more. The purpose of those features is to hide your personally identifiable data, which they manage to do with plenty of success.

Take a look at our NordVPN review to see more details, including speed tests and a look at some extra features that distinguish it from the competition.

A provider based in Romania that wasn't on the list of VPNs asked to comply with the new Russian law. As a result, CyberGhost VPN still operates around 100 servers in Moscow. Furthermore, all of those are physically located in Russia, which we don't see often.

That makes CyberGhost suitable for users in Russia who don't wish to bypass geo-blocks. They will get high-end protection against tracking and ISP data logging. However, if you decide to unblock the Web and access new digital services, you can still count on this VPN service.

Another thing worth mentioning is that CyberGhost VPN has a server recommendation feature that can help you choose the optimal server for different scenarios. Using its interface, you can pick servers based on your planned activity, including streaming, downloading torrents, playing online games (available on Windows only), and similar.

You can read more about this VPN in our full CyberGhost VPN review.

Surfshark is a newer VPN service but rose through the ranks pretty quickly to become one of the top-recommended providers. You'll be surprised by its highly polished UI, high-end security features, and the ability to unblock media streaming websites.

At the moment, Surfshark is offering two different locations (St. Petersburg and Moscow), consisting of 15+ servers in Russia, according to their customer support. All of these servers support Surfshark's private DNS, Camouflage Mode (especially great for users in Russia), and are P2P-friendly (i.e., great for torrenting).

Moreover, since the VPN is still flying under the radar, it hasn't been asked to comply with the Russian government's new requests. This means users in Russia and users around the world can use it with no limitations.

To learn more, make sure to read our full Surfshark review.

PIA has removed their Russian VPN servers as early as July 2016 due to "a new law that mandates that every provider must log all Russian internet traffic for up to a year." Fortunately, the VPN provider still boasts thousands of VPN servers in 100+ locations across 80+ countries - including Russia-neighboring countries.

If you're concerned about privacy in Russia, you'll be happy to know that PIA has proven its no-logs policy in court twice already. Your data isn't stored on the provider's servers, meaning there's no risk of it being exposed to potential government seizures. Not that there was any risk of that anyway, seeing as they don't have servers in Russia anymore.

Also, this is a highly advanced VPN service. It allows you to fine-tune individual aspects of your VPN connection. You can achieve fast speeds by choosing and then customizing your VPN protocol, level of encryption, and more. Even more advanced features like a kill switch and split tunneling are part of PIA's standard odder.

For more detailed info on the provider, check out our complete Private Internet Access review.

Which Websites Are Blocked in Russia and Why?

The Russian government is currently pushing to create its own "sovereign Internet," one which it can control and censor as it pleases. As for which websites are blocked in Russia, they usually fall into a couple of categories:

Will a VPN Help Me Unblock Those Websites in Russia? - Absolutely! Once you connect to a VPN server outside Russia, you can access the content restricted by the Roskomnadzor. Provided it's not also blocked in the country you're connecting to, that is. If that's the case, try switching to a different location in the VPN app.

Do VPNs Work in Russia?

Yes, you can use VPN services in Russia. However, keep in mind that the Russian government tends to regulate the use of VPNs.

This is why we recommend using a reliable VPN with a history of providing services in highly restrictive countries (such as ExpressVPN, for example).

Yes, VPNs are technically legal in Russia. However, back in 2017, the country introduced new laws to regulate the use of VPN services. As per this law, VPNs are obligated to implement the country's list of banned websites.

However, in practice, this never truly happened. The country is still trying to persuade and force VPNs to implement this change. This is also the reason why many VPNs no longer offer servers in Russia.

Is It Safe to Use a VPN in Russia?

Generally speaking, it's safe to use a VPN in Russia. However, don't expect to get away with illegal activities just because you use a VPN.

While a VPN may keep your data secure and respect your privacy, Russian law enforcement may use different methods of detecting foul play.

What's the Best VPN Protocol to Use in Russia?

We recommend using the OpenVPN protocol if you're in Russia, as that protocol is highly secure and handles your data with care.

Also, VPNs typically combine OpenVPN with AES-256 encryption, making it impossible for anyone to collect or make sense of your sensitive data.

If you want a more comprehensive look at VPN protocols, use the provided link.

Which VPN Still Has Servers in Russia?

At the moment, the best VPNs that still offer servers in Russia are CyberGhost VPN and Surfshark - and we recommend both of them.

No matter if you choose CyberGhost or Surfshark, know that your privacy will be protected using high-end protocols and encryption. Both of them are no-logs VPNs suitable for various uses, including Web browsing, streaming, torrenting, and more.

How Can I Get a Russian IP Address?

You'll need a VPN with servers located in Russia. To get the most up-to-date list of recommended VPNs, here's our dedicated article on how to get a Russian IP address.

Can You Use a Free VPN in Russia?

No, there really is no free VPN that can provide you with reliable performance in Russia. Trying to find one will be a waste of time, trust us.

Even premium VPN services have a hard time staying operational in Russia. Not many of them work without issues or performance bottlenecks, so it's easy to understand why a free VPN is not an option in this case.

If you wish to keep your budget under control, we recommend checking these cheap and reliable VPN services.

What's the Best VPN for Russia?

There you have it - the best VPNs for Russia, something fit for every occasion. If you need extra help picking a VPN, let us know via the comments section below. Thanks for reading!