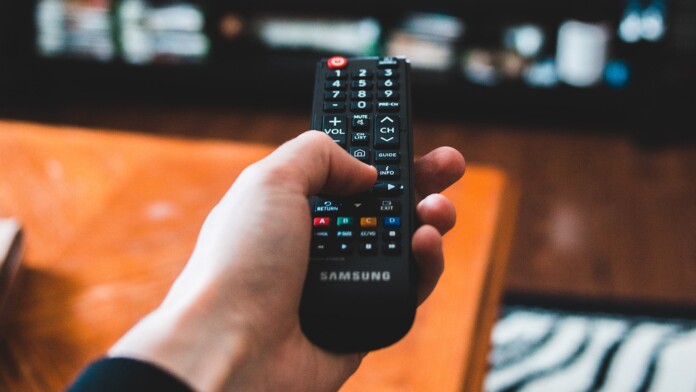 Kodi is available on a wide range of platforms, with smart TVs on the list as well. Still, there's a large variety of platforms for smart TVs, such as Android TV, Tizen, WebOS, and more. We can see how this confuses many individuals looking for a way to install Kodi on a smart TV. With that said, we're here to resolve any doubts you might have.

Before we continue, know that Kodi is available on a limited range of smart TVs. And yes, we're going to show you to install Kodi on those TVs. However, you can always count on at least a couple of workarounds, making this application compatible with just about any TV. We'll guide you all the way through, so let's jump right in.

How to Install Kodi on a Smart TVs

Finally, let's get started. Just below, you'll find a way to install Kodi on various smart TV brands/models, so you can take a look at a concrete example.

Let’s say this clearly – there is no way to run Kodi on WebOS. For this to be possible, Kodi’s developers would need to build a separate Kodi version just for WebOS. There are many reasons why that won’t happen, as explained below.

So, what can you do if you have an LG TV? Well, you can consider using an external device, such as a media streaming device. This process requires you to plug in your media streamer into your TV and then install Kodi on that device. For more information, here's are our workarounds for non-supported smart TVs.

Smart TVs made by Samsung are powered by two operating systems. These are the company’s own Tizen as well as Google’s Android TV. Only one group of these TVs is capable of running Kodi natively, so let's take a closer look.

Sony has been one of the rare smart TV manufacturers that chose Android TV to be their primary platform. So, if you’re a Sony smart TV owner, there are different ways to use Kodi on your large-screen TV, as explained below.

So, what can you do if you have a Sony TV? We recommend running Kodi natively, which means you need to use the Play Store to download the app (use the provided link to get to your hands-on guide).

Panasonic has decided to build their TVs around a customized platform called My Home Screen. It is built upon Firefox TV but comes with a custom-tailored interface. This platform comes with many popular third-party applications like YouTube, Netflix, and Hulu. With that said, it's might be surprising to know that Kodi isn't available on Firefox TV - but that's the case.

Just like with the situation surrounding LG's WebOS or Samsung's Tizen, we really don't hold much hope to see Kodi available on Firefox TV and Panasonic smart TVs. In other words, be prepared for some workarounds if you really want to use Kodi on your large-screen TV.

So, what can you do if you have a Panasonic TV? The only way to run Kodi on a Panasonic TV is via screen mirroring or using a dedicated media streaming device. Check just below this paragraph for the best options you have in front of you right now.

How to Use Kodi on Smart TVs That Don't Have the Kodi App?

If you can’t run Kodi natively on a smart TV, you can use one of the available workarounds. These include installing Kodi on Raspberry Pi or using a dedicated media streaming device.

As said earlier, there is no way to run Kodi on LG’s WebOS or Samsung’s Tizen. However, that doesn’t mean that your smart TV cannot run Kodi. As you are about to see, you can install Kodi on Raspberry Pi and connect it to your smart TV.

We have previously published an in-depth guide on how to install Kodi on Raspberry Pi. So, make sure to use the provided link and learn everything you need to know about this process.

Option #2: Use a Media Streaming Device

Installing Kodi on a Raspberry Pi model can be an enjoyable process. However, not many of us like to tinker with hardware or software. Don’t worry, we have a solution for those of you looking for a simple way to install Kodi on a smart TV.

Kodi boxes are devices capable of running Kodi natively. That means they are standalone hardware units connected to smart TVs via HDMI connections. They are capable of connecting to the Internet, so you can use them for streaming aside from storing your local library of content.

With that said, we highly recommend you consider buying one of the following media streamers (since they're 100% compatible with any version of Kodi):

Once you install Kodi on a device of your choosing, we also highly recommend considering a VPN application (to safeguard your privacy and unblock Kodi's content from anywhere). Here is why you should use a VPN with Kodi, how to install a VPN on Kodi, and also check out the best VPN services for Kodi.

Want to Learn More about How to Use Kodi?

While we have your full attention, we'd like to provide additional articles that you'll certainly find helpful. So, to get the most out of Kodi, check out these resources:

We hope that we helped you clear your doubts. We’re sad to say that unless you have an Android smart TV, you have to use a workaround with Kodi. However, you’ll manage to install Kodi on a smart TV with a bit of effort. Lastly, thank you for reading!