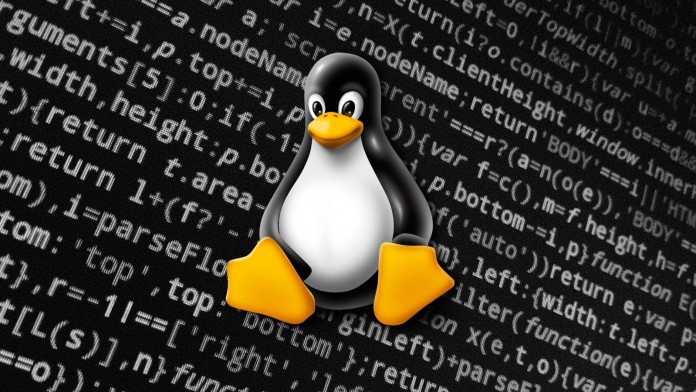 Linux comes as a better option than any other operating system in terms of your privacy and security. That especially applies to distros like Qubes OS, Tails, Whonix, and Kali. Still, if you take your time to find the best VPN for Linux, that decision will pay off in a big way. That's because aside from securing your privacy, a capable VPN will help you unblock the Web.

As you can imagine, not every VPN is the same - and that's especially true for Linux. Many of them advertise their compatibility with various Linux distros, hiding the fact that you'll need to configure them manually. That's a route you shouldn't take, and we'll show you which VPN services support Linux natively (via command-based or graphical interface).

So, let's waste no more time. After testing more than 60 VPN services in total, we'll highlight the most powerful and capable Linux VPNs you'll find today.

Why Do You Need a VPN for Linux?

You need a Linux VPN if you're after privacy and security on the Web. You'll also need it to unblock websites, bypass censorship, and more. Take a look below.

Ready to review your options? If you are, here are the 5 best VPNs for Linux you'll find available today:

ExpressVPN is among the best VPNs as it brings perhaps the most comprehensive set of privacy-related features. This is an ultra-capable VPN that covers pretty much any platform out there, so it doesn't come as a surprise you'll find it on Linux as well.

This VPN is compatible with Ubuntu, Debian, Fedora, Arch, Raspberry Pi, and Mint. Other Linux distros are not officially supported, but you won't have a problem using ExpressVPN on those. Also, this VPN has a command-line interface, but you can access its graphical user interface via browser extensions (Chrome, Firefox).

You'll get 3,000+ servers, all of which come equipped for securing the Web, streaming, gaming, and torrenting. Also, they all come with automatic obfuscation, which is why ExpressVPN works even on restricted networks. And let's not forget to mention that ExpressVPN features a range of protocols (led by OpenVPN and Lightway) coupled with AES-256 encryption.

Lastly, ExpressVPN is a no-logs VPN service. Your personally identifiable data will never reach the VPN's servers, which are based on RAM. So, even if someone breaches ExpressVPN's servers (which is impossible to happen), they won't find any data to extract.

Thinking about getting this VPN for your Linux machine? Explore everything this VPN offers via our full ExpressVPN review.

NordVPN has been around for quite some time, known for its security-focused features. As you can imagine, it offers a fully-functional (command-line) app that's very simple to download, install, and use on Linux. On top of that, it works on Debian, Ubuntu, Elementary OS, Linux Mint, Fedora, RHEL, CentOS, Qubes OS, and more.

This VPN offers installers (DEB and RPM packages) specifically made for Linux users to make the installation faster and more streamlined. You can finish setting up the VPN in only a couple of minutes of your time. And then, you'll have full access to NordVPN's 5,000+ servers spread across 60 countries.

If you decide to use NordVPN, you'll get to count on AES-256 encryption. Then, you can easily switch between TCP and UDP protocols, letting you choose between connection speed and security. You'll also find a kill switch that protects you if something happens to your VPN connection.

Based on our tests, we recommend NordVPN for regular Web browsing, streaming media, and downloading torrents. Even though it's heavily oriented towards security, this VPN is great for a wide range of use cases, which is why it's one of the best VPNs for Linux right now.

There's plenty more to learn about this VPN. So, make sure to read our NordVPN review.

Romanian VPN provider CyberGhost is one of the most popular options right now, particularly for VPN users in the eastern hemisphere. It is also a very intuitive VPN for Linux that's known for measuring up to the specific needs of Linux users.

Just recently, CyberGhost VPN released an updated Linux app that gives you an option to choose between OpenVPN and WireGuard. No matter which protocol you choose, you'll find an unbreakable 256-bit AES encryption algorithm, strong enough to keep away even the most aggressive trackers.

This CLI (command-line interface) app is also known for its ease of use. CyberGhost has put a lot of effort into creating a Linux app that actually looks good (even though it doesn't have a GUI). You can remember various commands easily, using which you'll reach more than 7,000 servers in 90+ countries.

We'd especially like to praise CyberGhost's entertainment-related capabilities. This VPN unblocks any streaming platform imaginable. You can even find specialized servers on Linux for streaming, letting you pick a server based on the streaming platform you want to unblock.

Make sure to learn more and explore additional features of this capable Linux VPN via our CyberGhost VPN review.

LEARN MORE: How to Configure, Install & Use CyberGhost VPN on Linux

Surfshark might not be the biggest VPN brand out there - but it's poised to become hugely popular soon enough. It checks all the right boxes and brings plenty of value for its price - which is why we believe this VPN to be one of the best VPNs for Linux right now.

If you use Debian or Ubuntu Linux, you're in luck because Surfshark supports those. Even though it comes as a command-line app, it offers a Linux package that simplifies the process of installation. And if you need a GUI app, you can turn to GitHub for that as an independent developer has created a very interesting solution.

Surfshark offers more than 3,200 servers in 65 countries. All of those are RAM-based servers, eliminating any chance of your data being collected by the VPN. Also, those are 10 Gbit VPN servers, which is why Surfshark is known for its fast and reliable performance. As per our tests, you can expect minimal throttling even if you don't make any optimizations.

We'll also add that Surfshark is equally capable when it comes to unblocking the Web (it offers 'NoBorders' servers for countries with heavy censorship), streaming media, and downloading torrents. And to top it all off, this VPN brings unlimited simultaneous connections.

In case you think this VPN could be a good fit for your needs, make sure to learn more about it. So, we recommend reading our Surfshark review.

We'll end our list of recommendations with Private Internet Access. This is a highly reputable VPN with a long history of providing high-end features and a high level of customization. So, it doesn't come as a surprise that, unlike other VPN services, PIA offers a GUI for Linux.

First, know that PIA offers Linux apps for Ubuntu, Mint, Debian, Fedora, and Arch. You might be able to use it on more distributions, so make sure to ask PIA's always-helpful customer support. And once you install the app, you'll find a whole range of options to play with, which begins with the VPN's colossal server network.

Private Internet Access has more than 30,000 servers. All of those support protocols such as OpenVPN and WireGuard, both of which are available on Linux. Then, you get open-source apps and a no-logs policy. PIA has nothing to hide, which is how it can promise not to record or store any of your traffic data, ever.

When it comes to more advanced features, you get a kill switch, split tunneling, and even split DNS. That's why we recommend PIA to more advanced users who know how to take full advantage of those features. The only downside is that PIA's performance can be limited unless you optimize the VPN.

Discover more of this VPN's secrets by reading our Private Internet Access review.

What Makes a Great Linux VPN?

When choosing a Linux VPN, there are some essential specifics to consider that apply to that operating system. So, here's what to look for:

We have a dedicated guide that offers further assistance in helping you choose a VPN. So, you'll want to check our VPN buyer's guide.

How to Set Up a VPN on Linux?

There are various ways to set up a VPN on Linux, based on your chosen VPN and the Linux distro you use. With that said, here's a general guide:

As you can see, installing a VPN on your Linux isn't a time-consuming process. Still, you'll want more detailed information, including the codes/commands you need to use. So, turn to our guide on setting up a VPN on Linux (we made sure to cover various Linux flavors).

Does Linux Have a Built-In VPN?

No, Linux doesn't come with a built-in VPN. However, some Linux distros allow you to set up a VPN using their network-related settings.

So, no matter which path you decide to use, you need an active VPN subscription. That's a requirement before you're able to use any VPN on Linux.

Are VPNs for Linux Safe to Use?

With an active VPN connection, your ISP cannot snoop on your online activity. However, the VPN service that you are using can still do it. If you are really concerned about privacy, you must go for a VPN service with great privacy features.

These are VPNs with no-logs policies. They should not keep any privacy logs that can be traced back to you. And to learn more, here's our article on the safety of VPNs. It's also good to know in which countries VPNs are illegal.

Is WireGuard Better Than OpenVPN for Linux?

Both WireGuard and OpenVPN are incredibly capable protocols. However, OpenVPN is a bit older, so you might want to prioritize using it on Linux.

Because it's older, OpenVPN has already shown its weaknesses, which have been fixed in the meantime. That's why OpenVPN is the VPN industry's "gold standard," capable of providing secure VPN tunnels without data leaks, while also giving you relatively fast performance.

Which Free VPN Is Best for Linux?

At the moment, the most popular free VPN for Linux is ProtonVPN. That's a premium VPN that comes with a free tier - and many limitations.

ProtonVPN comes with unlimited bandwidth. However, it also comes with only a couple of servers in its network. So, you can expect painfully slow performance. That's why we recommend paying for an unlimited VPN service.

Our guide to the best VPN deals will help you save quite a lot. So, if you're on a budget, make sure to use the provided link and review the most affordable options available now.

The best Linux VPN overall is ExpressVPN. That's the only VPN that checks all the right boxes, giving you privacy, security, speed, and plenty more.

What's the Best VPN for Linux with a GUI?

The best Linux VPN that offers a GUI is Private Internet Access. You can also use it through a CLI, so you'll have plenty of freedom overall.

This is where we end our guide to the best VPNs for Linux. We hope that you've found it to be useful - and that you'll easily decide on which VPN fits your needs in the best way possible.