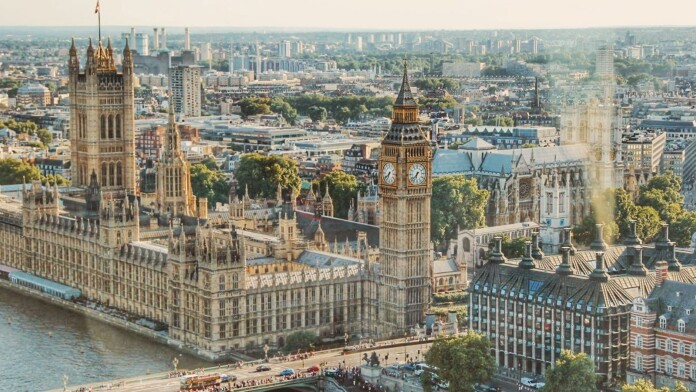 There are several possible reasons why you might be searching for a VPN service. If you’re outside the United Kingdom, maybe you want to unblock websites available in this country only. Or maybe you’re in the UK and looking for a way to safeguard your digital privacy. No matter the reason, you need a capable VPN. More precisely, you need a VPN that provides plenty of value for its price, and which comes with plenty of servers spread across the United Kingdom. Don’t worry, we are here to help. So, let’s talk about the best UK VPN in 2020.

First of all, you should know that we’ve tested more than 60 VPNs so far. We know their strengths and weaknesses, and we’re here to give you some on-point recommendations. All of the following options can help you obtain a UK IP address. However, we fully understand that our readers have different needs. This is why we made sure to recommend VPNs with the best possible protection for your online privacy. Then, there are VPNs suitable for website unblocking and accessing media streaming services, as well as for downloading torrent files. In other words, our hand-picked selection of VPNs will most certainly offer the option that will meet all your needs.

If you need a complete solution to preserving your online privacy, ExpressVPN is your best bet. This is an incredibly capable VPN that is powered by the strongest available type of encryption and a whole array of industry-leading protocols. It’s also one of the rare VPNs that are evolving their services, like the recently released TrustedServer technology.

When it comes to encrypting your incoming and outgoing traffic, ExpressVPN uses 256-bit AES encryption. The same standard is used by banks and financial institutions, which certainly tells a lot about its security. This means that you won’t have to worry about data leaks or having any of your personal data recorded by anyone online. In addition to this, you can use this VPN to unblock just about any website including popular media streaming services. Due to this reason, this is the VPN you should use to watch BBC iPlayer from outside the UK.

We recommend learning more about this VPN by reading our in-depth ExpressVPN review. This is where you’ll find all the details you need to make a well-informed decision.

Allowing you to connect up to 7 devices at the same time (using a single subscription), CyberGhost VPN is one of the most user-friendly VPNs out there. We’re talking about a hugely popular VPN here, being used by a large number of users from all over the world.

We believe that CyberGhost is one of the best UK VPN because it shows that it takes your privacy seriously. The company offers a very transparent service, and you can learn in-depth about how your data is handled. In simple terms, even this company doesn’t have access to your data, which means that you can truly be 100% anonymous online. This should give you peace of mind when browsing the Web. Then, you can also use this VPN to go over Web roadblocks like geo-restrictions. All in all, this is a very interesting and affordable VPN package.

Want to dive a bit deeper into this VPN’s capabilities? If that’s so, here’s our CyberGhost VPN review where you’ll find additional information.

No matter if you need a UK IP address from abroad, or if you’re browsing the Web from the United Kingdom – you can rely on Surfshark. This isn’t a hugely known VPN service, but we predict this to change very soon. That’s because Surfshark checks all the right boxes, and goes beyond what average VPN users could ever need.

First of all, Surfshark uses the most secure encryption available, in addition to a couple of strong VPN protocols. Then, it comes with support for unlimited simultaneous connections, which is something you won’t find elsewhere. It unblocks BBC’s iPlayer from anywhere in the world and also unblocks a whole slate of other streaming platforms. With all of this said, it’s easy to see why this is one of the best VPN for the UK.

To discover more about this VPN, we offer our up-to-date Surfshark review. Make sure to check it before reaching the final decision.

Next, we have a well-known VPN. Seasoned VPN users need no introduction to this highly reputable VPN service, which has been around for many years now.

It’s safe to say that NordVPN is a capable VPN solution, all-around. It protects your data in the best way possible and comes with an array of high-end features. It can also send your data through two secure servers (this is a ‘double VPN’ service), eliminating any trace of your online whereabouts. And also, it can be used to unblock services such as Netflix, Hulu, BBC iPlayer, Amazon Prime, and more. However, keep in mind that NordVPN affects the speed of your Web connection if you decide to use its double-routing feature. So, there’s a price to pay for all those interesting features, after all.

The only thing that’s left for you is to read our NordVPN review. We’ve tested this VPN hands-on, so make sure to get all the information you need.

IPVanish is one of the oldest VPNs that we still get to use today and the one that comes with an impeccable reputation. Even though it does have a few quirks, it’s definitely one of the best UK VPN.

This VPN is known for its broad platform support. Since it’s been around for a while, it managed to cover a whole slate of different platforms and devices. Aside from the currently popular options (Windows, macOS, Linux…), there’s also Windows Phone, Blackberry, and more – which are some of the platforms that not many are using these days. It also comes with a capable feature set including IPv6 leak protection, kill-switch, and granular control over its capabilities. When it comes to its drawbacks, it can’t unblock media streaming websites.

This VPN comes from the USA – which isn’t ideal, but it’s also not the worst thing. To learn more about this and other details, we have our IPVanish review.

We wanted to recommend another VPN that shows plenty of dedication to supporting its customers. And that’s how PureVPN found its place in this article. And there’s also one highly notable thing – PureVPN’s servers are present in more than 140 countries, giving you an incredibly wide range of options for making your connection secure.

This VPN comes from Hong Kong, but don’t make a mistake here as it’s not associated with China in any way. In fact, PureVPN has proven several times before that it truly doesn’t collect any personally identifiable data. On top of that, it uses AES-256 encryption along with ultra-secure VPN protocols that 100% hide everything you do online. Also, it can help you unblock Netflix outside the USA, which is an added bonus (we recommend using a streaming IP to reach more streaming services, which comes as a subscription add-on).

Knowing a bit about the best VPN providers is always helpful. However, we want to dive a bit deeper and that is why we’ll provide additional information as well. Keep on reading to discover more.

Do You Need a VPN in the UK?

Yes – you absolutely need a VPN if you’re connecting to the Web from the United Kingdom. That’s because your data is being collected and processed by your ISP and numerous third parties. What’s especially concerning is the UK’s surveillance programs.

Some time ago, a very intrusive law concerning digital surveillance came into action. Called the Investigatory Powers Act (IPA), this law has been accused of being one of the most rigorous ones in the world. As The Guardian reported, Edward Snowed characterized IPA as the most extreme method of surveillance.

Are VPNs Legal in the UK?

Considering that the UK has very strict surveillance laws, you might be wondering if it’s legal to use a VPN? Well, you must know that there’s nothing to worry about – VPNs are perfectly legal in the United Kingdom.

In general, VPNs cannot be banned because that would violate your basic freedom to get information from anywhere you want. So, make sure to use the best UK VPN and reap all the benefits of keeping your files to yourself only.

How to Unblock Netflix US from the UK?

The UK version of Netflix brings tons of amazing content. However, it is still very far from the US version which offers thousands of the latest movies and TV shows. If you’re already a paying customer of Netflix, why not expand your library by accessing the US version? This is where a VPN can help.

To watch American Netflix, simply launch a VPN and connect to a US server. From there on, Netflix won’t open the UK library when you access the website. Instead, you should see new titles, not usually available in the United Kingdom. For this purpose, we especially recommend ExpressVPN.

How to Watch British TV Channels & Movies From Anywhere?

The BBC (as well as other British TV networks) is producing an unbelievable amount of amazing content. However, this content is restricted to those living in the UK. Don’t worry, this is yet another easy task for VPNs.

By connecting to a server in the United Kingdom, you will get to use the iPlayer without a single issue. For more information, here are the best VPNs for BBC iPlayer.

How to Get a British IP Address via VPN?

Not everyone wants to use a VPN to stream media from previously locked sources. Remember that the primary role of VPNs is to create a secure tunnel for your data. By encrypting your data, you make it unreadable to just about anyone else. So, you can launch a VPN, connect to a UK server, and you’re ready to go.

For more information on how to get a UK IP address, please click on the provided link. We have a dedicated article on the best VPNs for this purpose.

What’s the Best Free VPN for the UK?

Let’s be clear here – you should absolutely keep away from free VPNs. These come with serious limitations (in terms of speed and bandwidth), and they often leak your private data. Also, many VPNs offering their services free-of-charge are not hiding the fact that they’re working with advertisers, tracking your Web browsing habits.

So, we finally reach the end of our guide to the best UK VPN 2020. We hope that you’ve found this article to be useful, as well as that you’ll find a VPN that covers all your needs. Thanks for sticking with us until the end of this article!