Why Isn’t My VPN Working? – We Uncover the Most Common VPN Issues & How to Resolve Them! 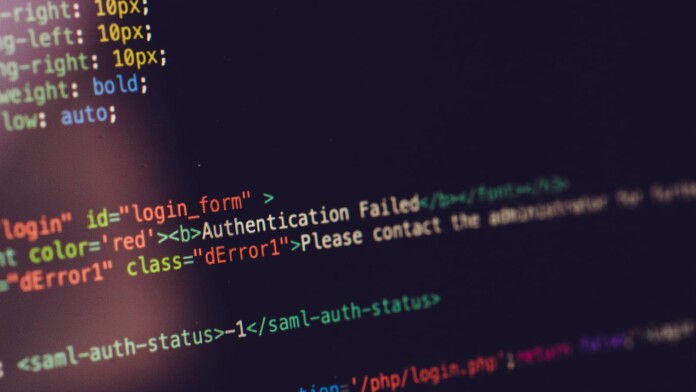 The truth is that VPNs are highly complex software solutions, diving deep into a hardware infrastructure that can be spread across the world. With that said, if you’re wondering why isn’t your VPN working, know that there could be many possible reasons. Still, you'll be happy to know that the majority of those issues can be quickly resolved.

With that said, we offer you the 8 most common reasons why your VPN might not work. And, of course, we'll provide plenty of tips, tricks, and solutions to overcome technical issues with VPNs. So, let's dive right in, shall we?

Before we dive deeper, know that TechNadu offers a set of dedicated guides to specific issues with VPNs. So, here’s what to do if your VPN doesn’t work with Netflix and Hulu. And here’s how to fix connectivity-related VPN problems. For additional tips, check our central VPN troubleshooting guide.

#1: You’re Forgetting to Check the Obvious

Here at TechNadu, we try to be as inclusive as possible, producing guides for a wide range of users and individuals. So, if you’re a more advanced VPN user, you might want to skip this section. However, if you’re a beginner, we’d like to remind you of some obvious reasons why your VPN might not work.

It's not unusual for a VPN to experience technical issues on the side of its infrastructure. Even when that happens, you should still have access to certain features. That is because VPNs offer more than a single VPN protocol, which means you already have several different "instructions" on how to encrypt your data and connect to your VPN.

In simpler words, if your VPN doesn’t work (if you can’t connect, that is), it’s worth trying switching to a different protocol. That means you need to visit your VPN app’s settings page, where you can pick another protocol. Just make sure that you’re not connected to a server (or that your VPN isn’t trying to connect to a server) while doing so. Then, return to your VPN’s home screen and try reconnecting.

#3: You Use an Outdated VPN App Version

VPNs are "alive" services, constantly going through changes and maintenance/upgrade periods. That's one of the reasons why VPN services update their apps quite often, at least every couple of weeks. With that said, if you haven't updated your VPN in a long time, nothing is stopping you from doing so now.

The majority of VPNs let you update their apps through their interfaces. So, we recommend looking up that option in your VPN's settings panel. Some VPNs can only be updated by reinstalling their apps (which will save any previous customizations you've made). So, check your VPN's documentation on the proper way to update your software.

#4: Your VPN Is in a Conflict With Another Software

If your VPN isn't working correctly, the culprit might be some other software. Many times in the past, we've seen that cyber-security software can create "conflicts" with VPN applications, preventing them from making secure data connections. So, if you use any cyber-sec software like an antivirus or firewall, it's time to inspect its options more closely.

Almost any type of antivirus or firewall applications come with the ability to fine-tune their protection level. So, you should decrease that to a reasonable level or disable those protections (at least while figuring out why your VPN doesn’t work).

#5: You’re Connecting to a "Problematic" Server

Did you know that VPNs take great pride in the size of their server networks? These days, we have VPNs with thousands of servers worldwide. However, we also have plenty of "smaller" VPNs, whose server network size can be a significant disadvantage.

More precisely, if you're trying to connect to an overcrowded server or perhaps to a server suffering technical issues at the moment, your connection won't be successful. In other words, it's time to launch your VPN's interface and try your luck with a server in some other country.

Also, let’s not forget those who have set up their VPNs manually. While doing so, you had to pick a single server, as each manual connection can use a single server only. We understand that adding more servers can be tedious, but it’s always better to have more options.

Whether you've installed a VPN on your router or run it locally on your device, one thing will always remain the same. Being a gateway, your router will need to "process" your VPN data connection before it reaches its destination. So, if there’s an issue with your router, that could be the reason why your VPN doesn’t work.

The good news is that the majority of issues with routers are resolved by restarting your router. Doing so will force your router to reset networking configuration data. And while doing so, you could also restart your computer/smartphone. To learn more, here’s what you need to know about restarting your router, including how that is done.

Just one more thing to keep in mind - don’t confuse 'restarting' with 'resetting,' as you don’t want to return your router to its factory settings. So, restart your router by removing its power source. As simple as that.

For your Web data to flow without any restrictions, specific ports must be "open" on your device. With that said, know that VPN apps use certain ports to encrypt your traffic, which depends on the VPN protocol you use.

It means that if a firewall or some other cyber-security software is overly aggressive in trying to protect you, it can close the required ports for VPN services to operate. We can’t give you detailed instructions and which ports are used by each VPN, but as a general rule, the following ports are often utilized:

So, if your VPN isn’t working at the moment, you should try changing its port. The easiest way to solve this problem is to consult your VPN’s settings panel. However, know that not all VPNs are transparent in this sense, and many don’t let you change a port number.

In the end, if you suspect that a closed port might be preventing your VPN from working, it would be best to reach out to your VPN's customer support team.

And finally, we have a question for you. Do you use a free VPN? And if you do, that just might be the answer to the question of why you’re VPN doesn’t work. We understand the attractiveness of using something for free - but know that, in the world of VPNs, that can be a highly dangerous thing to do.

Know that free VPNs come with severe restrictions and limitations. On top of that, they can collect your personal data (including your Web browsing history), which makes them appear even more problematic. With that said, know that free VPNs generally aren’t safe to use.

If you want a reliable and problem-free VPN that won’t give you a headache, your best bet is to use a commercial (paid) VPN. To help you with that, we’ve produced a guide on the best VPNs available now, after having tested more than 60 VPN services. And if you want an on-point pick, you should subscribe to ExpressVPN, which is the only VPN that’ll perform above your expectations.

Those would be the 8 most common reasons why your VPN isn’t working. If you have any questions or doubts on your mind, share them via the comments section below. And lastly, thanks for reading!