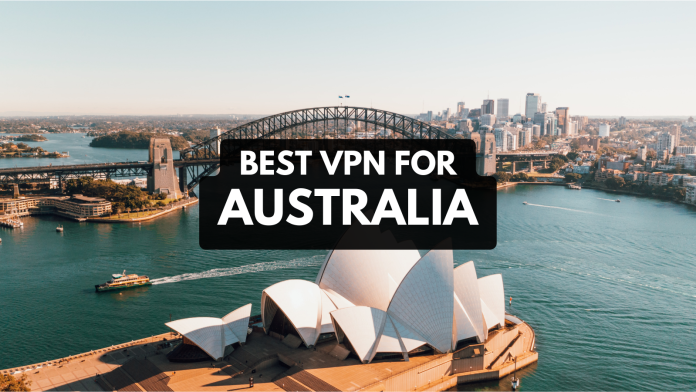 Truth be told, you need a reliable and capable VPN no matter which country you live in. That's because a VPN protects you from hackers and scammers conspiring to steal your sensitive information. A country such as Australia, with sound networking infrastructure, is prone to cyber-criminal activities - which means it's imperative to use the best Australia VPN you can find on today's market.

Moreover, your Internet provider in Australia doesn't have a choice in the matter either. Your ISP is obliged to store (up to 2 years!) and hand over your data to the authorities. If this seems like an infringement of privacy, the best VPN for Australia is exactly what you need. And yes, we do mean the best because not every VPN is the same.

On top of all that, reports suggest that Australians have been swindled out of nearly $300 million by scammers in the first half of this year alone. This makes it necessary to enhance your online security with a reliable VPN. That said, we've done the hard work for you with all the research, and below you will find the best VPNs we recommend for Australia.

How to Get an Australian IP Address

To get an Australian IP address, the VPN service you are using must have servers in that country. If you are new to this whole ordeal, don’t sweat it. Getting an Australia IP address is quite easy, so just follow our lead:

Get Your Australia IP Address

Before choosing a VPN for Australia, ensure it has enough high-end security features to keep you hidden from surveillance and hackers, such as a kill switch. You will also want a VPN with unblocking capabilities to stream your favorite TV shows and movies.

Moreover, ensure it has thousands of servers worldwide, including in Australia, so you don't face connectivity issues. Also, your VPN must secure you from data leaks, which will need WireGuard and OpenVPN, so your private information does not land in someone else's hands.

Based on the criteria above, we have shortlisted the 3 best VPN for Australia which we believe you will enjoy using. Those VPNs are:

We have tested enough VPN services to know that ExpressVPN is the best VPN for Australia, simply because it checks all the right boxes. It's ahead of its competition in almost every way, so let's take a closer look at this VPN.

Since Australia is a member of the 5-Eyes surveillance network, this country shares intelligence with partners around the world. Hence, you should be glad that ExpressVPN offers a strict no-logs policy that quickly eradicates this problem. You can sleep easy knowing your data is not recorded anywhere to be handed over.

Still worried about your privacy? Perhaps this will help: ExpressVPN has robust encryption protocols like WireGuard and OpenVPN that ensure you do not experience any data leaks.

If your next big concern is whether this VPN has enough servers in Australia, let us inform you that it has 3,000+ servers worldwide in 160 locations, including four cities in Australia (Sydney, Melbourne, Adelaide, and Brisbane).

Not just that, this is the best Australia VPN because it's also the fastest VPN currently on the market. It offers above-average speeds, making it possible to stream videos and movies in 4K even if you don't have an ultra-fast Web connection.

Furthermore, perhaps you are traveling from the US, and you discover your TV show is restricted in Australia. Instead, you can only access the Australian Netflix library. What do you do then?

You guessed it! ExpressVPN swoops in with its "Smart DNS" and helps you spoof your location. This feature will tricks streaming websites into believing you are in the US when you are actually in Australia. As a result, your US Netflix library is now open for viewing your favorite TV shows and movies.

The icing on the cake: you don’t have to worry about whether you'll like the VPN after purchase; ExpressVPN offers an impressive 30-day money-back guarantee. You can always get your money back if you aren’t satisfied with the service.

If you’re looking for a service that balances features and affordability, NordVPN is the right fit. It is an excellent addition to this article because it is located in Panama, which stands outside the jurisdiction of the 5-Eyes intelligence alliance.

The VPN's no-logs policy has recently been audited (as well as multiple times in the past), which proves that it maintains a strict no-logs policy. They insist their users' data is private and kept away from NordVPN's servers at any moment. Therefore, no one should have access to it.

For added security, use NordVPN's "Double VPN" feature, which will re-route your connection through two VPN servers before connecting you to the Internet, giving you double the encryption so no hacker in Australia can steal your data.

Furthermore, with this VPN, you get above-average internet speeds thanks to its 5,400+ servers worldwide - 190+ of which are located in Australia (Sydney, Adelaide, Brisbane, Melbourne, and Perth). In other words, say goodbye to poor connectivity and slow Internet speed once you start using this VPN.

Lastly, the best part of this VPN is its 30-day money-back guarantee, allowing you to try the service without any commitment. Coupled with a customer support team that is prompt and available round the clock (you can chat live 24/7), you’ll never be left high and dry.

CyberGhost strikes a nice balance between having enough security features and an affordable price point among the best Australia VPN services. It's one of those VPNs you can recommend without second-guessing - thanks to a slew of features that are tried and tested.

For example, you don’t have to second-guess recommending a VPN with an ad-blocker and anti-malware that can protect you from scammers and phishing attempts in Australia.

Similarly, you won’t have to second-guess when you know CyberGhost VPN has 9,000+ servers in 90 locations, 2 of them being in Australia (Sydney, Melbourne). While it falls behind some of its competitors in terms of server locations, what it lacks in quantity, it makes up for in quality.

This VPN has specialized servers for P2P sharing, which makes torrenting possible in Australia and anywhere else. There are also torrents for gaming, ensuring your get low ping, which you'll appreciate if you like to play online multiplayer games.

Moreover, the support system of this VPN isn’t half bad either. They have a list of well-curated articles containing information on how to troubleshoot your problems regarding the VPN. Of course, you can also count on this VPN's 24/7-available live chat, as well as on its 45-day money-back guarantee.

The only drawback is CyberGhost's performance. This VPN does perform smoothly, but it comes behind ExpressVPN and NordVPN in terms of its download and upload speeds.

Can I Use a Free VPN for Australia?

Yes, you can use a free VPN for Australia, but we strongly recommend against using one. We say this because free VPN services do not guarantee proper security features.

Instead, you opt to use a VPN service that offers a risk-free trial and money-back policy so that you get to test the VPN and understand how it works. You can try ExpressVPN for 30-days risk-free, which is the best Australia VPN available today.

We're confident you'll be as impressed with the VPNs recommended in this guide just as much as we were. After testing them across different scenarios, we recommend ExpressVPN as the best Australia VPN due to its fast speed, extra-wide server fleet, and excellent security features.

You can know more about our recommended VPNs by referring to our best VPN guide, where you'll find other solid picks as well.

Which VPN Has Australia Servers?

The best VPNs that offer servers in Australia are ExpressVPN, NordVPN, and CyberGhost VPN. We especially recommend ExpressVPN since it is our top-rated VPN service.

Does ExpressVPN Have Servers in Australia?

Yes, ExpressVPN has servers in Australia. It has 3,000+ servers worldwide in 160 different locations. You can connect to ExpressVPN servers available in 4 cities in Australia (Sydney, Melbourne, Adelaide, and Brisbane).

Does NordVPN Have Servers in Australia?

Yes, NordVPN has more than 190 servers in Australia, and you can connect to any of them instantly. This VPN covers 5 locations in Australia (Sydney, Adelaide, Brisbane, Melbourne, and Perth).

This is the end of our guide to the best Australia VPN. If you have any questions, feel free to share them in the comments below. Thank you for reading!