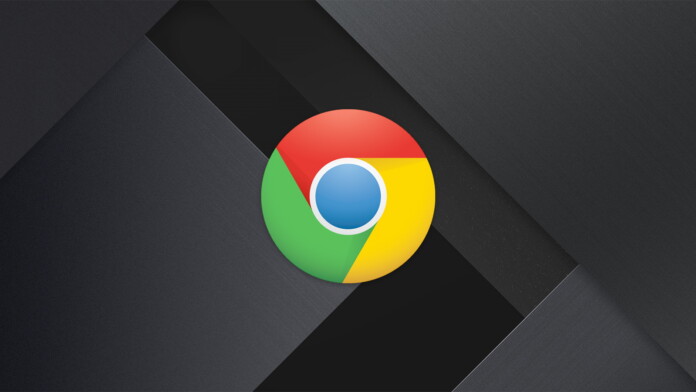 Considering that Chrome is the most popular Web browser worldwide, it's not surprising to see hundreds (if not thousands) of VPNs offering Chrome extensions. They all seem to be the same at first glance - and many of these promise not to charge you anything. Naturally, this can lead to plenty of confusion about finding and choosing the best VPN for Chrome in 2021. And this is precisely why our editorial team is here to share its knowledge.

As you can imagine, Chrome VPN extensions live inside your Web browser. They deeply integrate with the Web browser and route your traffic via their servers. This is why you need to be very careful about which VPN you use. After all, you want to protect your privacy and hide your online whereabouts. With this said, you'll be surprised to know that the majority of VPNs can actually endanger your privacy - especially those free-of-charge ones. This is why we've put together a list of the best Chrome VPNs only after testing more than 60 VPN services (including their Chrome extensions).

You should also know that VPN extensions for Chrome come with different abilities, different levels of encryption, and they usually don't share the same feature set as their native applications. To help you pick the best one, we'll give you the most important highlights of each VPN, including what kind of privacy-related and other features you can expect. Therefore, make sure to read this article very carefully.

What Makes a Good VPN for Chrome?

When browsing VPN services and their sets of features, things can get overwhelming very quickly. So, let's talk about what to look for in a VPN for Chrome.

Should You Use a VPN Chrome Extension Or a Native VPN Software?

Now, the big question is - should you install a VPN extension or use a standalone VPN application on your device? To help you decide, we'll quickly go over what each of those is capable of doing.

Finally, let's get to the point. After testing dozens of VPNs (more than 60, more precisely), we present the 5 best VPNs for Chrome in 2021!

ExpressVPN takes the top spot as the best VPN for Chrome due to numerous valid reasons. This is just an outstanding VPN with thousands of servers placed in 90+ countries around the globe. These are strategically placed, allowing you to unblock plenty of websites, including media streaming services.

The VPN software is quite easy to use, and it runs like a dream. With live chat support available 24/7, the company offers next-to-none customer service. Moreover, there is a 30-day money-back guarantee so that you can test the VPN before you buy it. The only downside is that you need to install one of ExpressVPN's native applications before you can use its Chrome extension. However, as a consequence of this requirement, this extension is much more powerful than any other VPN extension for Chrome.

Willing to add ExpressVPN to your Chrome browser? Here is our detailed ExpressVPN review that you might want to read before you buy it.

Learn: How to download, install and use ExpressVPN on Chrome

When it comes to relatively young VPN services, we have to say that Surfshark is perhaps the best one. Even though it's new, it has already managed to attract a huge group of users. Once you take a quick look at its long list of features, we're sure you'll see why we believe that Surfshark is one of the best VPN for Chrome.

First of all, you should know that Surfshark is present on a huge array of devices and platforms. It's available as a Chrome extension as well, which means that you can use it on any Chromebook or other browsers that support Chrome extensions. Since there's an Android app, you can use it on Chromebooks that come with the Google Play Store included. Let's also not forget to mention that you'll get plenty of servers, high-end encryption, and always-working website unblocking (including Netflix, Hulu, and more). And also, this is a proven 'no-logs' VPN.

We're sure you'd want to learn more about this VPN. So, before you make up your mind, head over to our Surfshark review.

For several years now, NordVPN stood above its competition in several different aspects. First of all, it brings a highly polished UI that we believe is perfect for complete beginners. It has also managed to bring a unified UI across all of its apps, and this includes the Chrome extension as well. You'll get to use NordVPN's ad-blocking features within Chrome, encrypt your connection, and easily switch between different servers.

We ought to mention that NordVPN comes with one highly interesting feature. You see, this is a double-VPN, which means that it routes your traffic through two secure servers. This means that you'll get double protection so that you can browse the Web without any fear. As this can also slow you down a bit (nothing serious though), we often recommend NordVPN to those with fast Web connections.

This truly is a very interesting Chrome VPN. Therefore, you'll want to read our hands-on NordVPN review as well.

Private Internet Access is a reputable VPN provider coming from the USA. It approaches the problem of online security from several different aspects by encrypting your data, removing ads, and preventing malware.

Private Internet Access is a good option for those who simply want to secure their Chrome Web browsing. It doesn't do well when it comes to unblocking websites like Hulu or Amazon Prime Video (it works with Netflix, though). To see other benefits and drawbacks, take a quick look at our Private Internet Access review.

We'll end our list of the best VPNs for Chrome with a hugely popular option. Called TunnelBear, this VPN is designed from the ground-up to protect and preserve your privacy. As such, we highly recommend it if you need a simple and fully automated solution.

As you can see in the bullet points below, TunnelBear is more popular than other VPNs in this article. However, there's something important to keep in mind. It comes with a high score and plenty of positive reviews, as this is a free VPN extension. Even though it's one of the rare VPNs that doesn't take advantage of its users, it comes with 500MB of monthly bandwidth only. However, this limitation is lifted as soon as you buy a premium plan. This allows you to use all of its servers without any limitation whatsoever.

The only downside to TunnelBear is that it doesn't support media streaming services. To learn more about this, head over to our TunnelBear review.

It is no secret that Chrome isn't the most privacy-friendly Web browser out there. However, it's also true that this browser is doing plenty to protect you from malicious downloads, phishing campaigns, and problematic websites. Still, we often get to hear about Chrome's zero-day flaws and dodgy extensions designed to take advantage of their users. With this said, it's clear that if you care about your privacy, there's only one way to go. And you guessed it - we're talking about VPN applications.

The main purpose of VPN applications is to take your Web traffic and protect it from anyone on the Web. Considering that your data is encrypted, it becomes invisible to anyone, and this includes your ISP (Internet Service Provider). Of course, you should still dive into Chrome's settings and try to disable any tools that might be tracking you. However, a VPN is the final step of this process as it "tames" Chrome as well as any other Web-connected application on your device.

Let's not forget that VPNs come with other benefits as well. They allow you to unblock new types of websites and therefore go against any kind of censorship. And if you're into media streaming, know that using a VPN will help you unblock new platforms and unblock new titles on those that you already use.

Are Free VPNs for Chrome Any Good? Why Not?

The Chrome Web Store is filled with VPNs offering their services free-of-charge. However, we highly (and we really mean - highly) recommend you avoid those at all costs. Free VPNs are heavily restricted, they come with slow performance, and most worryingly - they tend to expose your private information.

We know that it's tempting to avoid spending money and get something for free. However, we're talking about your privacy here, and this isn't something that you should take for granted. Therefore, we made sure to recommend affordable yet capable VPNs.

We are sure that you have at least a few questions on your mind right now. We will try to answer them and to clear any doubts, you might be having about Chrome VPNs. So, keep on reading.

How Do I Use a VPN on Chrome?

You can start using a VPN on Chrome by installing its extension from the Chrome Web Store. Then, you'll find the VPN's icon in the top-right corner of Chrome's UI, from where you can interact with it. Connect to a secure server, and then return to using Chrome as you normally would.

Is it Safe to Use a VPN on Chrome?

In general, you shouldn't trust free-of-charge VPN Chrome extensions, as these are proven to leak your private information. If you want to go the safe route, we recommend using a premium VPN, with ExpressVPN being our top recommendation right now.

Does Chrome Have a Built-In VPN?

No, Chrome doesn't come with a built-in VPN - as Google doesn't offer its own VPN service. Also, there are no known plans of this happening any time soon. This is why you can download third-party VPN extensions that seamlessly integrate with Chrome.

Should I Use Chrome's Incognito Mode Instead of a VPN?

It's a common misconception that Chrome's Incognito mode keeps you safe and protected online. However, even though this mode blocks some trackers, it can't be used in place of a VPN - and you won't get the same level of protection this way. To learn more, here's why using VPNs is always better than using Chrome's Incognito mode.

How to Use a VPN on a Chromebook?

You can use any of the above-found VPNs on Chromebooks as well. That's because Chromebooks are based on ChromeOS - so you have plenty of extensions and apps to choose from. To learn more, check out the best VPNs for Chromebook.

Should You Use Hola VPN for Chrome?

In case you are using Hola, we strongly recommend you to stop using this extension. Every time you power it on, a huge volume of data is being collected about your device and your Web browsing habits. Therefore, Hola can't keep you safe online, and it even goes against everything that VPNs stand for.

So, you've reached the end of our guide to the best VPNs for Chrome in 2021. We hope that we helped you narrow down your selection of VPNs. In case of any questions, don't hesitate to post a comment below.