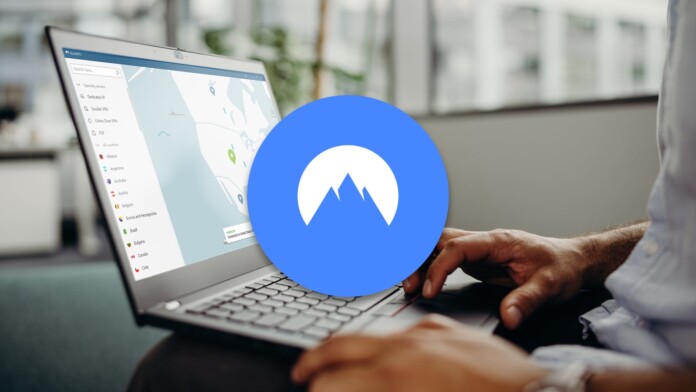 No matter if you're already a subscriber or planning to become one, know that NordVPN is quite an active VPN service. That means you can expect regular updates, refining the VPN while also providing access to new features. So, to help you stay on top of the latest news, we've produced this guide on what's new in NordVPN. Let's jump right in!

In this article, we'll talk about NordVPN's latest updates, new features, and other types of developments. With that said, if you want to take a much deeper look at how this VPN works, make sure to read our hands-on NordVPN review.

On Windows and macOS, NordVPN's CyberSec feature has evolved into 'Threat Protection,' capable of blocking malicious ads and trackers, ensuring that your online whereabouts are known only to you. Aside from that, the newly added feature also brings protection against malware via two independent layers.

NordVPN can now scan executable files for malware, deleting them before they do any harm to your system. You can also enable "deep scanning" which uses NordVPN's cloud for further malware-related evaluations. And the best thing is - this feature works independently from your VPN tunnel, meaning that you don't have to connect to NordVPN's servers to protect your device against malware.

You can find more information about this newly added feature in our news piece on NordVPN's Threat Protection.

FEBRUARY 2022 - NordVPN and Surfshark Are Now Under the Same Ownership

Nord Security, NordVPN's parent company, has announced that Surfshark VPN has joined its slate of brands. This process began in mid-2021 and ended in February 2022, when Surfshark became owned by Nord Security officially. However, both Surfshark and NordVPN will continue to exist as independent and separate brands.

So, when it comes to NordVPN, practically nothing changes (the same applies to Surfshark). They remain no-logs VPN services that collect no personally identifiable information, relying on high-end protocols and incredibly capable encryption.

In early September 2021, Russia banned NordVPN alongside ExpressVPN, IPVanish, Speedify VPN, and a couple more VPN services. They were banned for "failing to comply" with Russia's Internet content restrictions, refusing to implement measures that prevent access to sites that were supposed to be blocked in the country.

This actually isn't the first wave of VPN blocks, as Russia has become quite aggressive towards VPN services a while back. Earlier this year, VyprVPN and Opera VPN stopped working in the country. That process started in 2019, and it still doesn't show signs of slowing down.

So, if you're in Russia, know that NordVPN is no longer a viable option, especially since the VPN had shut down its Russian servers a while ago. However, this latest development also tells us that NordVPN is quite adamant in its intention to protect its users, even when finding itself under a lot of pressure.

Following a trend set by other VPNs, NordVPN now also comes with native support for M1 Macs. That means NordVPN's software can take full advantage of your Mac if it's powered by Apple's chip. However, you won't have a problem if that's not the case.

In other words, NordVPN is a universal app. You can download it from the Mac App Store or NordVPN's website (we recommend the second route). Depending on whether you have an ARM or Intel Mac, the application will automatically install the correct version.

We have to praise NordVPN for its willingness to go through independent audits. With that said, this VPN has gone through yet another security audit conducted by VerSprite. In the past, NordVPN had proven its claims by letting third parties perform audits focused on security and demonstrating that the VPN doesn't keep any user data logs.

As per the latest audit, one high-severity flaw and a couple of medium to low importance bugs were found. None of those posed a data leak risk. And, of course, they have been mitigated as soon as the audit was concluded.

In simple terms, NordVPN's presets allow you to set up custom VPN connection rules and link those to shortcuts to apps and websites. For example, if you always use the same server for Netflix, you could allow NordVPN to connect you automatically and then launch Netflix, helping you cut your workflow by a couple of seconds.

By default, NordVPN comes with three presets. They allow you to connect to servers suitable for downloading files, using the Web in a speedy manner, or securing your Web browsing activities. As you can imagine, the VPN allows you to add new presets and customize built-in ones.

OCTOBER 2020 - A Colocated Server Network Makes An Appearance in NordVPN

As a way to further improve its server network, NordVPN introduced its very first colocated server – based in Finland. More servers are planned to be added to this system, giving NordVPN's users a much-needed reassurance that their data is treated with respect.

NordVPN's colocated servers are under this VPN's ownership, which means they're not rented from third parties. As a result, you can be 100% sure that your private data will remain confidential and out of anyone's reach. Differently said, NordVPN owns, maintains, and manages its collocated servers, leaving the VPN in control over its configuration and security.

SEPTEMBER 2020 - NordVPN Gets Credit for Its Performance and Speed

It's no secret that NordVPN comes with speedy performance, no matter if you decide to use nearby or remote servers. Still, it's good to know that AV-TEST (a highly reputable independent software testing lab) has confirmed that NordVPN beats its competitors by a comfortable margin.

It's worth mentioning that NordVPN has been aggressively improving its server network in the last six months. As per our tests, this is primarily visible on long-distance connections, which are now much faster than ever before.

In 2019, the company behind NordVPN launched NordLocker, an easy-to-use file encryption solution. As could have been expected, this tool is now integrated with NordVPN, allowing you to sync your data across several devices securely.

If you've been eager to try NordLocker, there's a free tier that gives you 3GB of storage. You can learn more about that in our comprehensive hands-on review of NordLocker.

NordVPN's spin on the WireGuard protocol reached all of the VPN's supported platforms in April 2020. Called 'NordLynx,' this new protocol was found to bring numerous benefits in terms of improving the VPN's performance.

As per the VPN's technical explanation, NordLynx can increase download speeds up to two times, with a significant performance boost to upload speeds. On top of that, WireGuard (which forms the base of NordLynx) consists of 4,000 lines of code, while OpenVPN runs on 40,000 lines of code. Therefore, WireGuard is more agile and easier to customize.

In 2019, NordVPN acknowledged and admitted a breach that happened in March 2018, when a single server in Finland was hacked due to poor configuration. However, it's important to mention that NordVPN never owned the affected server. Instead, it came from a third-party provider who notified NordVPN about the incident only after the server went offline.

Of course, having a server hacked is undoubtedly a nightmare for any VPN service. Still, the incident described just above proved that NordVPN never had anything to hide. No NordVPN users were affected, and there were no records of hackers getting access to any type of sensitive data.

Following the incident, NordVPN upgraded its measures to ensure that nothing similar happens in the future. The VPN also went through an independent audit and came up with a set of measures to secure and improve its service.

So, what's your opinion about NordVPN? Let us know via the comments section below. And finally, thank you for reading!