Who Owns NordVPN? Can You Really Trust This VPN? 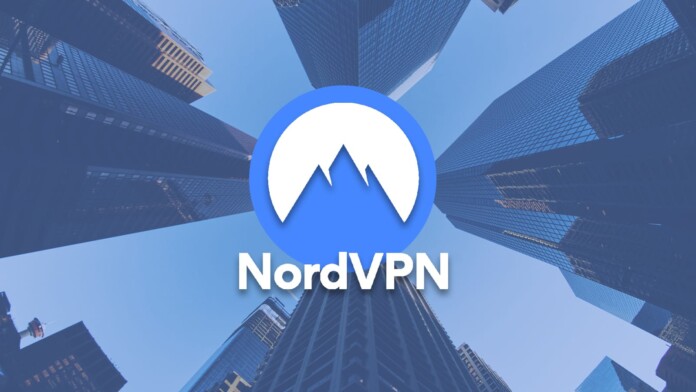 Today's global cybersecurity market is a highly volatile one, and that especially applies to VPN companies and their products. In case you didn't know, VPNs often change their owners, where bigger companies acquire smaller ones and then integrate with third-party business entities. Or, there could be an iterative internal restructuring process, which has happened with NordVPN, which we’ll inspect in-depth in this article. More precisely, we’ll answer this question: who owns NordVPN?

As you’re about to see, the story surrounding NordVPN is a highly complex one, indicative of not only how VPNs conduct business in general but how today’s tech startups develop and expand. So, let’s get started, shall we?

Who Are the Founders of NordVPN?

The founders of NordVPN are Tom Okman, Eimantas Sabaliauskas, and Jonas Karklys. If you click on the provided links, you’ll get to their LinkedIn profiles.

Interestingly enough, if you decide to dive deep into NordVPN’s website, you'll have to look very hard to spot any factual information about the VPN service's origins. Instead, you'll find plenty of vague sentences about the VPN's ideology and background, which starts with this sentence: "In 2012, childhood friends came together to build NordVPN.”

That appears to be accurate, as NordVPN did indeed launch in 2012. However, that wasn't the first digital product that came from the minds of Tom Okman and Eimantas Sabaliauskas, who founded Tesonet in 2008. Today, Tesonet still exists and acts as "an incubator, a venture builder, and a digital frontier specializing in all things IT." On top of that, that company has 1,400 employees, and it's either a creator or investor in "over 15 various global products and projects."

So, is NordVPN owned by Tesonet? Well, not exactly. This is where the story of setting up a legally favorable background of a global digital service comes into play, so let’s keep on going.

If you take a look at NordSec’s website, you’ll see that NordVPN is explicitly mentioned there, making numerous direct links between this business entity and the VPN service. And once we check NordVPN’s US registration number, we can see that the current owner is NordSec Ltd. However, what’s interesting to note is that NordSec is registered in London, the UK.

Still, that doesn't mean NordVPN comes from the United Kingdom, a country that's one of the core founders of the infamous 5-Eyes Alliance. If you ask NordVPN about the company's country of origin, they will say that they come from Panama – which has favorable laws when it comes to protecting your personal information. So, let’s take a deeper dive into NordVPN’s origin country.

Which Country Does NordVPN Come From?

As per the latest official information, NordVPN comes from Panama. The VPN claims that it’s "using" Panama to protect your sensitive information in the best way possible.

Up to a point, that's true. However, we'd like to note that NordVPN used to rely on the fact that it comes from Panama in a very prominent way in the past. Still, during the last couple of years, this VPN shifted its marketing efforts towards proving that it doesn’t collect data. Just recently (in June 2021), it completed an in-depth security audit by VerSprite, where no critical vulnerabilities were found.

In July 2020, NordVPN allowed its no-logs policy to be verified by PwC Switzerland. In October 2019, an audit with penetration testing was done, once again by VerSprite. And back in November 2018, the very first audit of this VPN provider happened.

The main reason for all those audits was to ensure NordVPN’s users (and potential customers) that this VPN is perfectly safe – and that its original country doesn't really matter (since the VPN doesn't collect any PII data at all).

And now, we’d like to introduce you to NordVPN’s Panama link, which is one of the reasons why NordVPN has shifted its marketing strategy. We’re talking about a company called Tefincom, which used to own NordVPN, and which was once proudly displayed on the VPN’s website.

If we check Tefincom’s registry information, we'll see that the company was incorporated in 2016 in Panama. Among the people in charge, we'll find Marios Papaloizou, Alesia Kabanova, and Alina Gatsaniuk. However, other documents reveal that Tefincom’s address is in Cyprus and that it has two employees only, with the person in charge being Marios Papaloizou.

So, does NordVPN come from Panama, the United Kingdom, Cyprus, or perhaps from Lithuania, where NordSec’s offices are found?

So, Should You Trust NordVPN? Will It Truly Protect Your Sensitive Information?

We've seen many situations where VPNs assisted various authorities with tracking down their users in the past. We've even seen "no-logs" VPNs do the same. So, before you start using a VPN, we recommend reading two of our highly important guides. First, here’s what device information VPNs typically collect, and here’s what you need to know about VPN connection and usage logs.

Keep in mind that NordVPN isn’t an "indie" VPN service that comes from a 2-person team. This is now a product of a major corporation that has over 15 million customers. And even though its legal background might sound intimidating, that also means NordVPN is well aware of its promises, which are directly related to its profits and long-term business goals.

NordVPN already went through a data center hack in 2018, whose consequences never really affected a single individual. On top of that, the VPN went through numerous audits since then. With that said, even though there's always a possibility of someone misusing your data, a company as big as NordVPN (and with its reputation) is less likely to succumb to external pressure.

What Does the Future Hold for NordVPN? Is It Safe to Get a Long-Term Subscription?

As recently revealed by ZDNet, NordVPN is here to stay – and grow in a very aggressive manner. And all of that will be fueled by its (latest) parent company – NordSec Ltd.

By 2025, NordSec plans to expand into other areas of cybersecurity, creating a holistic approach to keeping your data safe and private on the Web. According to one of NordVPN’s founders, the goal of NordSec is to create a single application for consumers, combining a firewall, a VPN service, and an antivirus system (which doesn’t misuse your data and barely operates on the device level).

And with that said, we believe that buying NordVPN’s long-term plan is a smart idea. That especially goes for those who wish to save, as NordVPN offers long-term plans that bring its price down in a dramatic way. To learn more, read our NordVPN review. And also, check out what to expect from NordVPN’s free trial.

That would be all for our explainer on who owns NordVPN. If you have anything to share with us, please do so via the comments section below. And lastly, thanks for reading!