Why Use a VPN at Home? 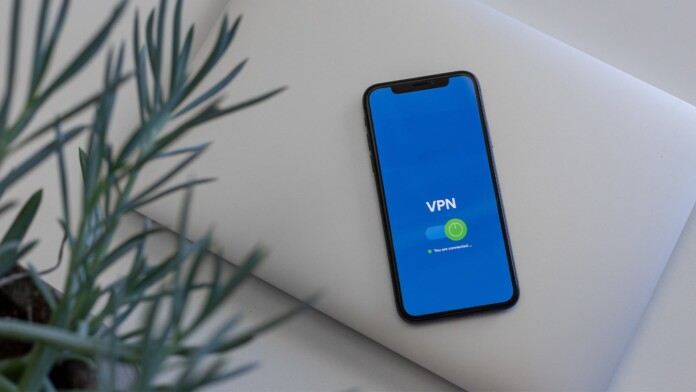 There are many reasons why every single one of us should use a VPN. After all, VPNs are designed to boost your security and privacy, which applies to average home users. So, if you're asking yourself why use a VPN at home, know that you've come to the right place.

So, which VPN to pick? After having tested more than 60 VPN services so far, our favorite is ExpressVPN – the only VPN that checks all the right boxes. However, you have more options, as you can see in our overview of the best VPN services.

We bring you the six strongest reasons to use a VPN, each containing a set of benefits tailored specifically for home users. So, let’s jump right in.

The biggest reason why you should use a VPN at home is your privacy. That’s because no matter where you turn, your personal data can get exposed online quite easily. That happens on mobile devices, on the Web, and even on wearables.

With that said, each time you connect to the Internet, on practically any platform or device, your personal data gets collected by websites and their trackers. And if you think that your browser’s ‘Incognito Mode’ can protect your data, you couldn’t be more wrong.

That’s precisely where VPNs come into play. They’re designed to create a secure VPN tunnel, hiding your data along the way. Once you connect to a server, know that your VPN will change your IP address, encrypt your traffic, and prevent online trackers from doing their job.

2. Stop Your ISP From Tracking Your Every Move

It doesn’t come as a surprise to know that your ISP is tracking your every move. In fact, your ISP is obligated to keep records of your online activities, leaving you without any privacy.

Once you employ a VPN service, you’ll no longer have to worry about Internet providers and their tracking-related practices. That’s because a VPN hides your browsing history from your ISP, preventing it from creating logs or any other type of records. And on top of that, you will get to fight against ISP-imposed throttling.

If you wonder whether your ISP could see you using a VPN, the answer is – yes. However, that doesn't mean that your ISP will see your data, as everything you do will be encrypted and kept within a secure tunnel. To learn more about what kind of data your ISP can see, make sure to use the provided link.

One of the least safe things you can do is connect to public Wi-Fi networks. However, we all do that. However, that practice creates a gateway to numerous vulnerabilities that malicious actors are happy to exploit.

Once again, VPN services provide an answer. Since they take your Internet data and put it into a secure tunnel, this makes it close to impossible for malicious actors to reach your data. In fact, VPNs are effective against man-in-the-middle attacks, malicious online ads, malicious browser takeovers, clickjacking, and plenty more. Learn more about that in our guide on whether VPNs can be hacked.

No matter where you currently reside, we’re sure that you’ve noticed new tendencies of censoring online information. We’ve seen that happen in many countries, such as Egypt, South Africa, Venezuela, Kazakhstan, China, Turkey, and even across the European Union.

Our view into the world through our digital window is shrinking, which is one of the reasons why VPNs have never been more popular. By allowing you to change your IP address, VPN services can make that window once again as large as it could be. Once you switch to a new IP, you will browse the Web like you’re in a completely different country.

With that said, VPNs have become the most effective tool for overcoming the obstacles imposed by digital censorship. And also, they’re the only way to make the Internet open again - as it should be.

As mentioned above, VPNs let you access websites typically blocked in your region or country. Of course, that comes in handy in the case of censorship. However, there's another benefit related to that – as VPNs are great for entertainment as well.

If you look at our overview of the best VPNs for media streaming, you will find a big group of VPNs that can unblock all kinds of digital services. By connecting to a server in a different country, you can unblock apps such as Netflix, Disney Plus, Discovery Plus, Paramount Plus, fuboTV, Sling TV, and plenty more.

6. Save Money While Shopping Online

Did you know that e-commerce websites check your IP address, which influences the prices you see? That's how online stores can set their prices higher for individual countries, cities, or regions. And combined with other types of trackers, online stores can generate a very detailed profile, trying to sell you more expensive items.

Read More: Should You Use a VPN to Get Around Price Discrimination?

Considering that VPNs not only hide your IP address but also obfuscate your Web data, e-commerce trackers won’t stand a chance. This trick has been used by many individuals across the world, letting them save on individual items, plane tickets, shipping costs, and more.

Those would be the six biggest reasons to use a VPN at home. In case you have something to add or ask, make sure to use the comments section below. And lastly, thanks for reading!

There's not much time until the 2022 Formula 1 World Championship gets underway - the first race is scheduled for late March,...
Read more
Sports

The 2022 Formula 1 season has provided plenty of drama and excitement in recent weeks. The focus now switches to Barcelona, where...
Read more
Streaming

How to Watch From the Source Season 2 Online From Anywhere

A new savory cooking show is just around the corner, as the second season of From the Source is set to premiere...
Read more
TechNews