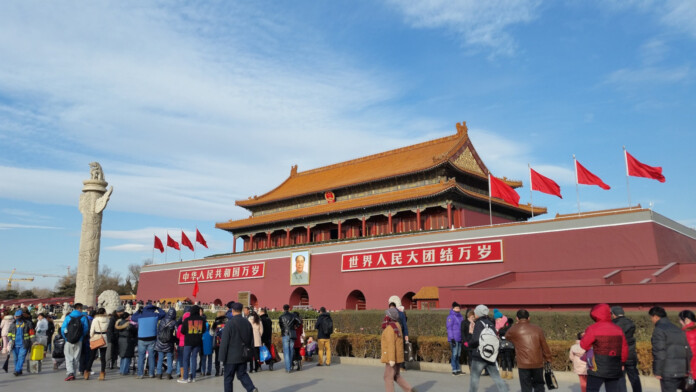 Tomorrow, China will go through the 30th anniversary of the 1989 Tiananmen Square protests, and the government is imposing massive internet blocks and widespread censorship. This anniversary is significant from a social perspective, as the day is remembered for the violent and forceful suppression of the 1989 protests that were fueled by the people’s right to freedom of speech, freedom of the press, and democracy. As the current sociopolitical situation in China maintains many of the same oppressive elements that led people to protest back in 1989, the current government decided to up their game in their already notorious internet censorship activity.

As Bloomberg reports, several Chinese social media platforms such as WeChat and Weibo are censored right now, while the Bilibili video streaming service is temporarily removing its 'live commenting' feature, allegedly due to ongoing technical upgrades. Websites like Twitter have also been “cleaning” their userbase lately, and according to the Senator of Florida, Marco Rubio, they have been banning people who were critical of Beijing’s stance. Twitter denied any puppet string pulling going on, and called the recent user bans part of their 'routine action.'

.@twitter has apparently suspended a large number accounts that are critical of #China including accounts of people outside of China. Twitter has become a Chinese govt censor. https://t.co/TsDQZs7juq

As the China-based companies that take part in the censorship operation have chosen to present technical reasons as their justification, none has issued any announcements on the imposed blocks, pretending that it’s all irrelevant to the upcoming Tiananmen Anniversary. However, as we saw a couple of weeks ago, the blocking effort didn’t occur in a day but happened gradually. China started to block Wikipedia in all languages last month, trying to prevent their netizens from accessing history-related articles and information that reveals the brutality of the 1989 military-backed crackdown. This was very serious, as the younger generations are thirsty for historical data and information that frames the context that brought today’s situation.

Besides the upcoming Tiananmen Anniversary, the current Chinese government is one of the biggest information-control advocates, and have implemented national firewalls, VPN bans, and extensive foreign website blockages. If you want to still browse the internet freely while you’re there, you may read our detailed tutorials on how to navigate the web anonymously and unobtrusively without breaking the Chinese laws. Moreover, we have compiled a list with the six best VPN solutions to use in China in June 2019, so grab the one that you prefer and gain back access to several of the websites that were blocked by the Chinese government.

Do you think that the information should be free for access to everyone, or should governments maintain the right to decide for their own people? Share your thoughts in the comments section below, and don’t forget to also check our socials, on Facebook and Twitter.