How to Change Your Netflix Region in 2022 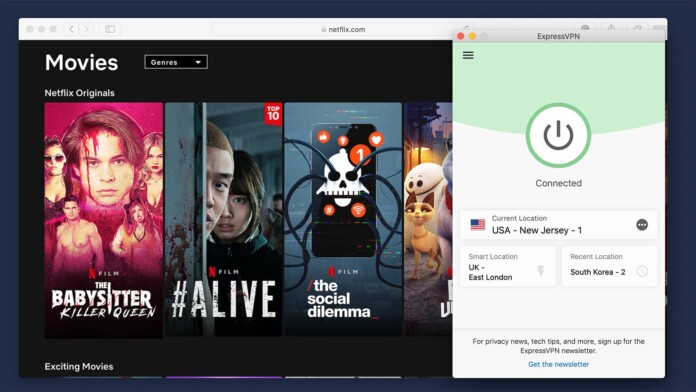 It’s true – you can change your Netflix region in seconds! By doing this, you access a whole bunch of new movies and TV shows that are not usually available in your country. The only trick here is to use a reliable VPN service, and we’ll show you how this is done.

First, we’d like to give you a brief overview of what changing your Netflix region entails. Later on, we’ll provide more in-depth instructions, so make sure to read this entire article carefully. So, for now, this is how you can access a different Netflix country.

As you can see, accessing different versions (regions) of Netflix is done quickly. You don’t have to create a new account or anything similar. Instead, all you need is a proven VPN that unblocks multiple versions of the media streaming platform.

You probably have many questions on your mind, and we’ll do our best to answer all of those. With that said, check out the following table of contents to see what we’ll talk about.

Why Does Netflix Have Region Lock?

Just like any other media streaming service, Netflix must respect copyright licenses. This translates to having a library for each country where Netflix is present.

Hollywood studios and TV broadcasters sell their content on a per-country basis, in the majority of cases. Buyers such as Netflix (limited by their budget) purchase those rights, based on their financial expectations. In most cases, we’re talking about exclusive rights.

It’s also interesting to note that even some Netflix originals aren’t available globally. Titles such as ‘Orange Is the New Black,’ ‘Arrested Development,’ and ‘Lillyhammer’ have been created before Netflix’s global expansion – and their licensing rights were sold to other companies (these are multi-year deals, by the way).

This is the reason why Netflix doesn’t offer the same library across the entire world. And we’re also pretty sure that Netflix is well-aware that its subscribers use VPNs to overcome geo-restrictions. This is why there are no sanctions for VPN users. In other words, it’s a win-win situation for everyone involved.

What Are the Requirements for Switching to a Different Netflix Country?

There are three requirements here. You need a Netflix subscription, a subscription to a VPN service, and a broadband Internet connection.

How to Change Your Netflix Region

Finally, let’s talk about how to change your Netflix country. Check out the following steps.

To change your Netflix region to a different region, relaunch ExpressVPN and pick a different server. Wait until you’re connected, and then access Netflix once again. That’s it!

At the moment, ExpressVPN can help you unblock Netflix libraries of the following countries: the United States, the United Kingdom, Canada, France, Germany, and Italy. Other regions are occasionally available, so feel free to try out different servers.

Which VPN Should You Use to Change Netflix Region?

Based on our extensive experience, only a handful of VPNs will meet your needs. We’re talking about VPNs such as ExpressVPN, CyberGhost VPN, and Surfshark.

Can’t decide on which VPN to use? We’ve recently updated our guide to the best VPNs for Netflix, where you’ll find six proven options (along with tons of helpful info).

Which Country Has the Best Netflix Library?

There are several ways to define what constitutes “the best” Netflix library. If you’re after the highest number of titles, pay attention to Netflix libraries of the United States, Canada, and the United Kingdom. Check out the following table for additional information.

As you can see, those three countries have between 5,600 and 5,900 titles each. That is truly plenty to watch, with new titles being available regularly. However, there’s also another way to look at Netflix – according to the rating of its titles.

If you want Oscar- and Emmy-winning movies, you should turn to the Netflix versions in South Korea, Switzerland, and Japan. They all come with high-rated titles, even though they don’t necessarily come with the largest number of movies and TV shows.

Will You Get in Trouble for Accessing Other Netflix Regions?

No, you will not get in trouble for using a VPN to access Netflix. However, that doesn’t mean that Netflix allows the use of VPN services.

However, to give you a more in-depth answer to this question, we had to take a close look at Netflix’s Terms of Use. And as you can guess, that’s where we found plenty of information about accessing Netflix’s content in different countries, as follows.

According to Netflix’s ToS, you cannot access any other region of Netflix, aside from your primary one. That would be the region of Netflix that you accessed when subscribing to the streaming platform.

“You also agree not to: circumvent, remove, alter, deactivate, degrade or thwart any of the content protections in the Netflix service… We may terminate or restrict your use of our service if you violate these Terms of Use or are engaged in illegal or fraudulent use of the service.” – Netflix Terms of Service (4.6)

Here, we have a more serious statement, saying that your account might be terminated if you do anything against Netflix’s Terms of Service. So, does that mean that you shouldn’t use a VPN to change your Netflix region? Well, the situation isn’t that black-and-white.

Netflix is well-aware that its subscribers use VPNs. Therefore, removing all those accounts would be a significant financial blow to this company – and this is something that no company can afford.

This is also why we’ve never heard of even a single Netflix subscriber having their account banned or blocked due to using VPNs.

That leads us to the following conclusion. Even though using VPNs is against Netflix’s Terms of Service, you’re in no danger of any legal consequences – nor will your account be banned.

Can You Change Your Netflix Country Permanently?

Yes, you can change your Netflix country – but only if you’ve relocated permanently.

Before switching your Netflix country permanently, there are a few essential things to remember and consider, as follows:

Switching to a different Netflix region includes terminating your account, so here’s an outline of what that process entails:

Keep in mind that in this segment, we’re talking about changing your Netflix country permanently – without the use of VPNs. However, VPNs work in most countries, so the chances are that you’ll still have the option to switch between Netflix regions on-demand.

If you see the ‘Netflix proxy error’ (also known as the error M7111-5059), this means that you’re using a VPN or proxy that isn’t able to unblock Netflix.

In the majority of cases, using a powerful VPN like ExpressVPN should resolve this problem. That’s because this VPN is backed by powerful technologies that require no user input. Simply connect to a server and stream Netflix like you usually would.

To help you alleviate this issue, we’ve produced a guide to the Netflix proxy error – where you’ll find all there’s to know about this issue, in addition to all the possible solutions.

Can You Change a Netflix Region Without a VPN For Free?

No, there are no free-of-charge VPNs that’ll help you change a Netflix region.

All of the currently available free VPNs come with bandwidth limitations. For example, you might get 500MB/day – which might be enough for quick Web browsing sessions. Media streaming requires a lot of bandwidth, which makes free VPNs completely unusable.

Can You Change a Netflix Region on Your TV?

For this purpose, we recommend setting up a VPN on your router. That way, any device you connect to that router (including your TV) will automatically connect to the chosen VPN server – and that’s how you’ll unblock other versions of Netflix.

Can You Change a Netflix Country on an Xbox or PlayStation?

VPNs don’t run on gaming consoles such as Xbox or PlayStation. However, you can install a VPN on a router. After connecting your console with your router, you’ll see a different version of Netflix (based on the selected server). Make sure to learn how to choose a VPN router, and these are the best VPN routers right now.

If you have a Netflix subscription that allows for more than a single active session, you can share it with anyone. The same applies if those other users are in a different country – where they’ll see their regional Netflix version (unless they use a VPN).

Netflix Says ’Download Not Available in This Country.’ What Does This Mean?

When traveling, know that Netflix will offer its library based on your IP address. So, if you’re in a country where a specific movie isn’t available – you won’t be able to watch it, even if you’ve downloaded it earlier. Of course, using a VPN is a way to resolve this issue.

This is where we end our guide on changing a Netflix region. If you have any questions, feel free to post them via the comments section below. Also, don’t forget to share this article online. Thank you – and enjoy streaming Netflix!