How Safe Is a VPN? 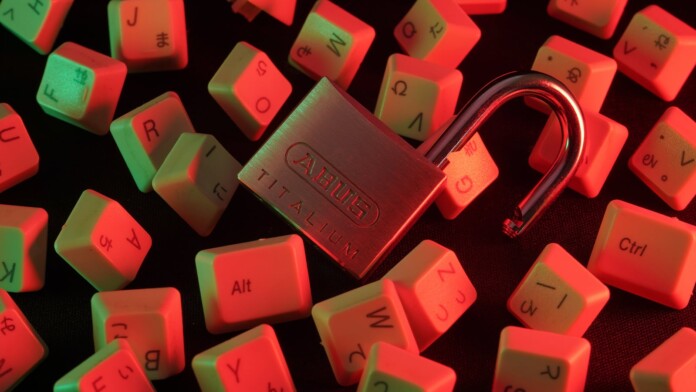 As you've probably heard, VPNs are designed to boost your online privacy and security. And yes, that’s their primary purpose, even though you can do many other things with a VPN. However, there’s no point in hiding the fact that VPNs have absolute control over your Web traffic and personal data. With that said, many of you rightfully wonder – how safe is a VPN?

Well, the short answer is this one – VPNs are incredibly safe. Still, not every VPN is the same, and we can’t stress that enough. So, before you set out to find a VPN service, you need to be aware of some less-than-honest practices that VPNs have decided to do in the past. And then, we'll tell you how to avoid those and pick a VPN that's incredibly safe and secure to use.

The following applies only to a small group of (mostly free of charge) VPNs whose goal isn't to protect but target their users. To learn more about the VPNs you should pick (and the numerous benefits they bring), jump to the final segment of this article.

1. VPNs Can Compromise Your Security

When talking about VPNs that can compromise your security, we’re primarily talking about free-of-charge VPN services (which really aren’t safe to use at all).

To give you an example, we can point you to a study focusing on free VPNs that used Google's Play Store to inject malware, adware, and spyware. Some of the VPNs identified in that study were OKVPN, Easy VPN, SuperVPN, Betternet, CrossVPN, HatVPN, One Click VPN, Archie VPN, and sFly Network Booster.

You might think that those were obscure apps that no one actually downloaded. However, those VPNs have grossed over 250 million downloads, which means we're talking about many individuals that have had their privacy compromised at some point.

You should also be aware that malicious actors use fake VPN services to propagate malware. For example, we can point you to "Pirate Chick," a fake VPN designed to download and then run malware as a background process on your computer.

2. VPNs Can Track Your Online Whereabouts

Before you start using any VPN, make sure to take a good look at its privacy policy. More importantly, pay attention to connection and usage logs.

In the past, we've seen situations where VPNs have assisted third parties (often after being pressured) to get to their users. For example, that has happened to F-Secure, PureVPN, and Sabre VPN. However, we also have VPNs tracking their users' whereabouts intentionally, such as Unlimited VPN, Luna VPN, Mobile Data, and Adblock Focus. More precisely, Sensor Tower managed to identify more than 20 VPN apps that tracked personal information via root certificates.

Of course, don't make a mistake thinking that all VPNs will track what you do online. Reputable VPNs come with "no-logs" policies, and they've agreed to be audited to prove their claims. Some of those VPNs are ExpressVPN, NordVPN, ProtonVPN, and TunnelBear.

As soon as you connect to a VPN server, your VPN begins to filter your Web traffic. That’s just how VPNs work. However, instead of encrypting your data and keeping it hidden from anyone else, some VPNs can use it to inject ads and trackers.

To give you an example, we'll mention Hotspot Shield VPN. Back in 2017, it was discovered that Hotspot Shield VPN used to inject JavaScript code using iframes for advertising and tracking purposes. On top of that, this VPN used to collect location data, IP addresses, unique device identifiers, and other types of information.

Keep in mind that it’s normal for VPNs to collect some device information. However, none of that data should be traced back to you. In other words, that data is anonymous, letting your VPN run its service without any technical issues. Problems arise once any VPN starts collecting more data than absolutely needed.

As mentioned above, it's imperative to go through legal documents before using a VPN. Still, we understand that asking you to read countless lines of texts might be a bit too much. That’s precisely what certain VPNs believe as well, which creates an opportunity for them to take advantage of your trust.

One such example is Opera’s own VPN. Many of you have heard about Opera in the past, which comes as a viable alternative to more popular Web browsers. However, as it turned out back in 2016, Opera’s VPN turned out to be just a proxy. Furthermore, Opera used its free-of-charge "VPN" to collect its users’ browsing history.

With that said, Opera's VPN is just one more example of how a free digital product doesn't really come free of charge. If you don't pay using money, you pay using something else (like your privacy, in this example).

5. VPNs Can Sell Your Internet Bandwidth

That's true – VPNs can sell your Internet bandwidth, turning you into just another channel for their revenue. That's precisely what happened in 2015 when it was discovered the Hola VPN was running a botnet network. And despite that revelation, not much has changed with Hola, which remains a highly insecure software.

So, here's what exactly happened there. At one point, Hola VPN used to have access to 9 million IP addresses, which is when they began selling access to this botnet network ($20/GB). Hola users continued to use this VPN without knowing that their bandwidth is being sold to the highest bidder. And the biggest problem is that Hola's botnet was used to attack websites.

With that said, there's no excuse for any VPN to take advantage of your privacy and trust. And also, there's no reason to avoid spending a couple of dollars per month, ensuring that your VPN runs a legitimate business model.

Keep in mind that the above said applies only to a small group of VPNs! In other words, it’s safe to use a VPN – and yes, a reputable and trustworthy VPN can make you anonymous on the Internet, preventing anyone else from spying on you or tracking your Web data.

So, how safe is a VPN? Well, truly safe – if you make an effort pick a trustworthy VPN! With that said, we conclude this (hopefully helpful) guide. In case you have any questions, let us know via the comments section below. And lastly, thanks for reading!