How to Get Paramount Plus on Xbox in 2022 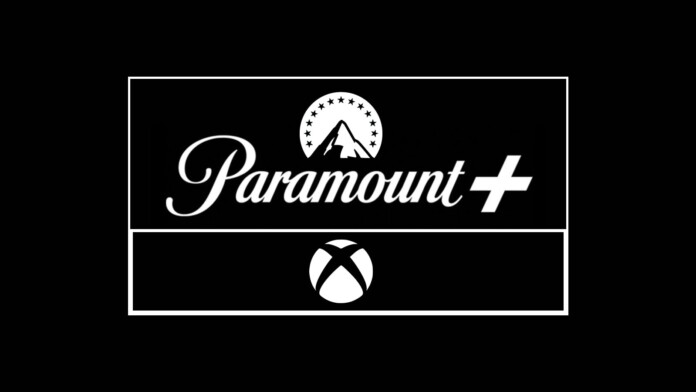 Aside from having access to an extensive library of games, Xbox users are often the first to receive new media streaming apps. Therefore, it doesn't come as a surprise that you can get Paramount Plus on your Xbox in just a few easy steps.

We're here to guide you all the way through, helping you add a library of movies, TV shows, sports content, and Paramount+ originals to your Xbox. Let’s dive right in.

Which Xbox Consoles Work With Paramount Plus?

Paramount Plus works across a wide range of Xbox consoles. More precisely, it works on Xbox One S, Xbox One X, Xbox Series S, and Xbox Series X.

Paramount Plus is available as a native application for all of the previously listed Xbox models. However, you'll need to learn what to expect and how to interact with this app - which is precisely what the following content will help you discover.

How to Get Paramount Plus on Xbox

Installing and watching Paramount+ on your Xbox is quite easy. This entire process takes no more than a minute of your time, so here’s what you need to do:

How Do I Activate Paramount Plus on an Xbox?

To sign in to Paramount Plus on your Xbox, you can activate your Paramount Plus subscription instead of using your credentials. Once you see your activation code, you'll need to enter that code using this page: http://www.paramountplus.com/xbox.

After you enter your Paramount Plus activation code, click on 'Activate,' and you'll get full access to the app on your console. You might also need to provide your credentials along the way.

That’s why Paramount+ is only available on Xbox Series X and Series S consoles, in addition to the previous Xbox generation (One X and One S).

Unfortunately, there's no 4K content available via the Paramount+ app for Xbox. That option is only available on select Roku models, Fire TV, Android TV, and Apple TV.

Keep in mind that aside from having a compatible device, you also need to be a subscriber to Paramount Plus' Premium plan, priced at $9.99/month. That plan will also allow you to watch Paramount's content without ads.

Is There a Way to Get Paramount+ for Free on Xbox?

There's a way to get Paramount+ for free on your Xbox - for up to 7 days. That's the current duration of Paramount Plus' trial, available to every new subscriber.

Keep in mind that Paramount+ will ask for your payment information upon signing up. However, its 7-day trial will kick in first, so you won't be charged immediately. During those 7 days, you'll have full access to the streaming service without any restrictions.

Can't Find Paramount+ on Your Xbox?

Paramount+ is available in a range of countries, but it looks like its Xbox app isn't available across the entire world (for some strange reason).

More precisely, Xbox users in the United States have access to the Paramount Plus app for their console, available for download via Xbox/Microsoft Store. To download that app, your Xbox account must come from the United States (it needs to be associated with a US address).

If you have an Xbox account associated with some other country, and even if Paramount+ is available in that country, there's a chance you won't find Paramount+ in your country's Xbox Store. We've seen that happen in Canada, for example.

The best workaround in those cases is to use Microsoft's Edge on your Xbox console. That means you'll use that Web browser to visit Paramount Plus' website, where you can log in and then access its content.

If you have a hard time using or streaming Paramount+ on your Xbox, there are several things you can try. So, here's are the most effective troubleshooting steps:

If you wish to explore more options and possible solutions, turn to our guide on solving Paramount Plus' technical issues.

How to Cancel Paramount Plus on Xbox?

To cancel your Paramount Plus subscription, it's best to use its official website. At the moment, it's not possible to unsubscribe from Paramout+ using its Xbox app.

We offer a guide on how to cancel your Paramount+ subscription - using the streaming service's website. So, make sure to use the provided link to learn more.

What Other Devices Does Paramount Plus Support?

We are sure you have more "smart" devices in your home, aside from your Xbox. With that said, here are the devices and platforms that support Paramount Plus.

Feel free to use the links we've provided above to learn how to install Paramount Plus on individual devices and platforms. Helpful tips and tricks await as well.

You’ve reached the end of our guide on getting Paramount Plus on Xbox consoles. If you have any questions or doubts, know that you can always count on us. Just make sure to post your comment below. Lastly, thank you for reading!