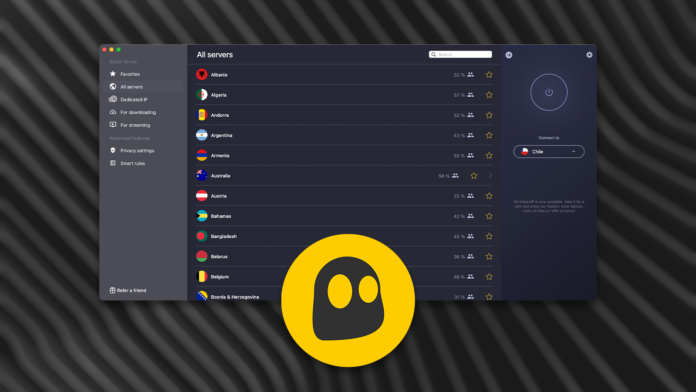 Before you decide to dive into the world of VPNs, it's crucial to check the most recent news and developments regarding the VPN you plan to use. However, doing that requires plenty of effort as today's VPN industry is highly volatile, with new features and significant shifts happening frequently. With that said, we're here to show you what's new in CyberGhost VPN.

Below, you'll find a series of important news, updates, and developments regarding CyberGhost VPN, giving you an idea of what to expect in the future. However, if you'd like to learn more about this VPN, make sure to head over to our hands-on CyberGhost VPN review.

Since 2011, CyberGhost VPN has been publishing quarterly transparency reports, letting its users know about various legal requests such as DMCA complaints, police requests, as well as malicious activity flags. With that said, know that the latest transparency report encompasses the second quarter of 2021 (April, May, and June 2021).

As CyberGhost VPN notes, it deals primarily with DMCA complaints, as it has received around 27,500 of those. There were approximately 17,000 malicious activity flags, and there were nine police requests in total. As per the VPN's explanation, none of its users were exposed, as it doesn't collect any personally identifiable information.

In general, CyberGhost's transparency reports aren't truly transparent since there's no third party to verify them, nor do they provide a deeper insight into legal requests this VPN receives. Still, they should be a reassuring measure for potential subscribers to this VPN.

MAY 2021 - CyberGhost VPN Launches a Security Suite for Windows PCs

Back in 2017, Kape Technologies acquired CyberGhost VPN, later acquiring a number of VPNs such as ZenMate VPN, Private Internet Access, and ExpressVPN. However, Kape Technologies also owns Intego, an antivirus solution, as well as various software tools for fixing Windows software issues. With that said, it doesn't come as a surprise that CyberGhost VPN now includes additional tools for removing malware and optimizing your system.

More precisely, CyberGhost's 'Security Suite' comes with an antivirus powered by Intego. It's capable of protecting you against malware, spyware, adware, and ransomware. Also, there's one more component included that lets you update your outdated Windows apps.

CyberGhost's Security Suite comes as an add-on, even though you can often find it included in one of CyberGhost VPN's subscriptions (if there's a special deal active, which happens quite often).

CyberGhost launched an all-new version of its software (version 8.0) in October 2020, making it available for all supported platforms and devices. The newest version brings an overhauled interface, improved in pretty much every aspect imaginable. It's not entirely different than it used to be, but it's noticeably more streamlined, modern-looking, and easier to use.

CyberGhost VPN version 8.0 doesn't bring any major new features, though. However, this VPN has been busy adding new features throughout 2020. Therefore, this latest overhaul makes sure that everything's working correctly, ensuring stable and reliable performance.

In September 2020, CyberGhost VPN introduced "truly anonymous" dedicated IP addresses. Interestingly enough, not many VPNs offer that feature, as using a dedicated IP usually goes against any VPN's efforts of preserving your privacy.

To alleviate this issue, CyberGhost VPN has created an innovative token system. The company behind the VPN doesn't know your dedicated IP, as this process is automated and randomized. To learn more about CyberGhost's dedicated IPs, click on the provided link.

Plenty happened in Hong Kong last year, mainly as a consequence of China's new 'National Security Law.' Many VPNs have abandoned that territory since as a precautionary step. Still, CyberGhost VPN is still present in Hong Kong, and it's proud to continue offering its service with servers located in this city.

This tells us that CyberGhost is dedicated to preserving its subscribers' privacy, even in risky situations. Therefore, this is a very positive first sign for those looking to subscribe.

Since July 2020, CyberGhost VPN no longer supports protocols like PPTP and L2TP/IPsec via its native apps. Both of these are quite old protocols, with plenty of known vulnerabilities. This especially goes for PPTP, which we no longer recommend using.

However, this doesn't mean that CyberGhost now has a limited number of protocols. The truth is that the VPN has been turning to new and innovative protocols, such as WireGuard, which is now available across CyberGhost's applications.

So, what do you think about CyberGhost VPN? Are you already a subscriber, or do you plan to become one? Let us know via the comments section below. And finally, thanks for reading!