How to Watch HBO GO Outside the US – Unblock & Access Game of Thrones, Westworld, Veep & More!

Even though HBO offers great content year-round, people’s interest in this premium cable channel spikes every now and then. And since we’re just getting started with Game of Thrones and its final season, we expect that everyone will be looking for a way to watch this addictive TV show. Well, that’s where HBO GO comes into play. As this streaming service is restricted to the USA and certain US territories, how can you access it from elsewhere? Well, we’re going to tell you about how to watch HBO GO outside the US – by using the most effective solution available. We’re talking about VPNs, of course.

Before we continue, we’d like to highlight that we’re talking about HBO GO in this article. You can use this service if you have an existing HBO subscription. And if you didn’t know, you can obtain an HBO subscription via cable providers, satellite TV providers, and various OTT services. And as you can see in our central article on how to watch Game of Thrones online, HBO GO takes the top spot. So, if you already have a subscription, why not use it from anywhere in the world?

The crucial aspect of learning how to watch HBO GO outside the US is picking a VPN service. Before we give you the very best recommendations, you should know that we’re experts on this subject. After reviewing dozens of VPN services, both hugely popular and lesser-known ones, it all comes down to a few VPNs capable of unblocking HBO GO. We also want to make sure that your private data is secure online, and that you can expect top-level performance.

So, here’s how to watch HBO GO outside the USA, in 3 easy steps:

Finding a VPN can be a tedious process. They all come with attractive claims and aggressive marketing messages. So, it’s imperative not to trust what it says on the box. We’ll give you two recommendations, both of which provide truly effective solutions on how to unblock HBO GO outside the US. However, this time around, CyberGhost comes first and here’s why.

If you want to know how to unblock HBO GO outside the US, CyberGhost is your best bet. As per this VPN’s claims, and according to our hands-on tests, this VPN can easily unblock HBO GO in addition to a whole slate of other media streaming services. Also, it offers top-notch security- and privacy-related features, which means that you can use CyberGhost not only to unblock websites – but to secure your entire Web connection as well.

One of the biggest strengths of this VPN is its presence on numerous platforms. Since HBO GO offers native apps for numerous devices out there, you need a native VPN solution as well. In terms of CyberGhost, you can install it on Windows, MacOS, Android, iOS, Amazon FireOS, Android TV, and more. And also, aside from offering over 3,700 servers across the world, it has 740+ servers in the USA alone. And these aren’t just standard VPN servers. Many of these are optimized for media streaming services, torrenting, gaming, and more.

Plenty could be said why CyberGhost is the best way to unblock HBO GO outside the USA. To learn more, here’s our full review of CyberGhost VPN.

Another great way to watch Game of Thrones and access HBO GO from anywhere – is by using ExpressVPN. This has been one of the top-rated VPNs for a long time now, and aside from CyberGhost, this is another proven way to unblock media streaming websites.

You won’t make a mistake by choosing ExpressVPN, but this VPN comes with a few shortcomings that you need to know about. It comes with 3,000+ servers, which is more than plenty to connect to various countries around the world. However, there are only 32 servers in the USA. Also, it doesn’t come with servers specifically optimized for media streaming. Don’t get us wrong – ExpressVPN can still unblock HBO GO and has been one of the rare VPNs to do this consistently for a while now. It also comes with high-end security features, with the safest encryption available, and top-performing VPN protocols. So, all in all, this is certainly one of the best VPNs that you can buy today.

If you’d like to explore this recommendation, we offer you to read our hands-on review of ExpressVPN. This is where you’ll find all the needed information.

Note: You can see that both ExpressVPN and CyberGhost VPN are incredibly powerful VPNs – the best ones available right now. However, we do have to note that CyberGhost wins this race, as it comes with more servers and contains optimized servers that let you unblock HBO GO each and every time.

Step 2 – Get Your VPN Subscription!

Now, it’s time to get your VPN subscription. We do hope that you’ve picked CyberGhost VPN, so we’ll use this VPN to tell you how to watch HBO GO outside the USA. Keep on reading. 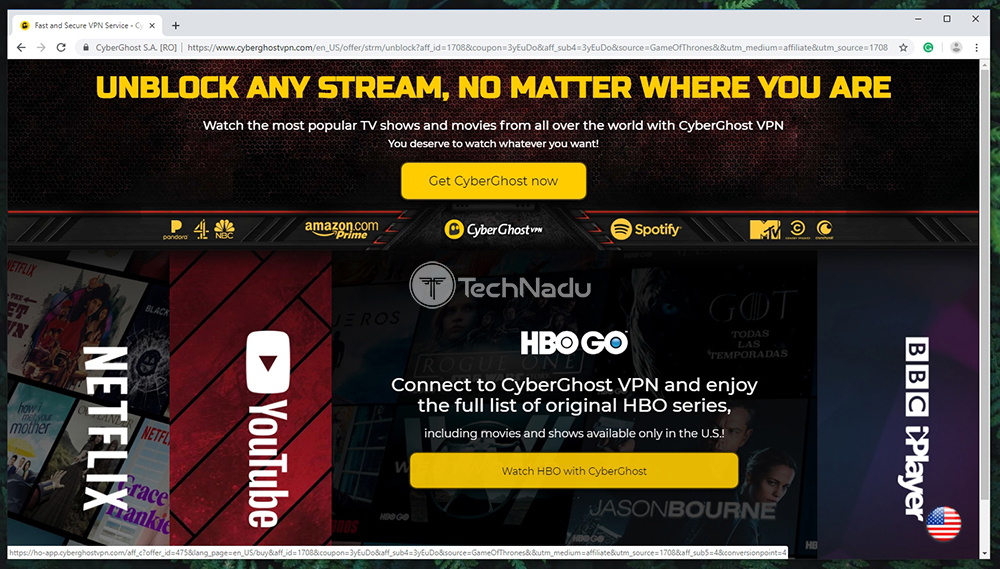 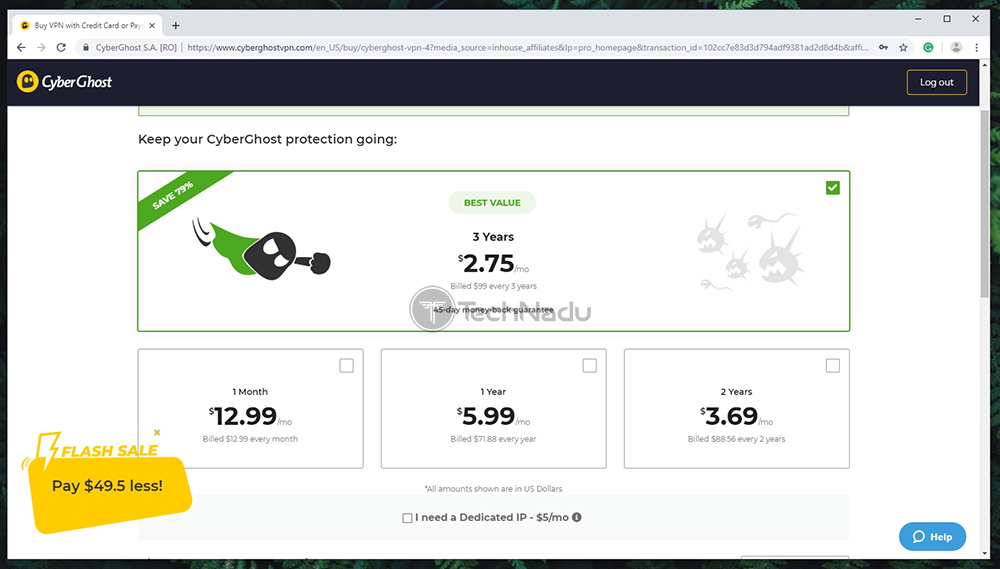 All there’s left is to download and install CyberGhost. So, once you get your CyberGhost subscription, here’s how to proceed. 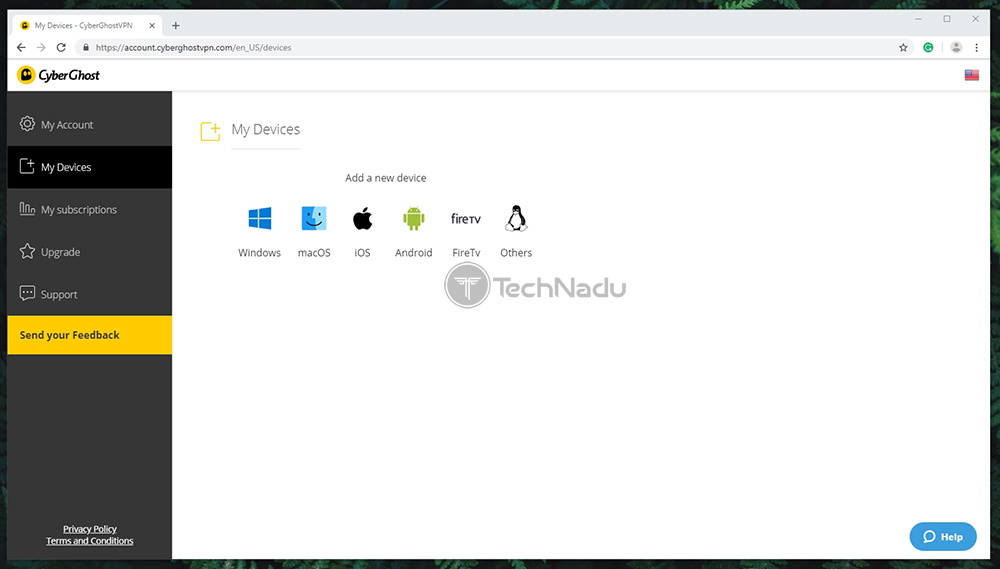 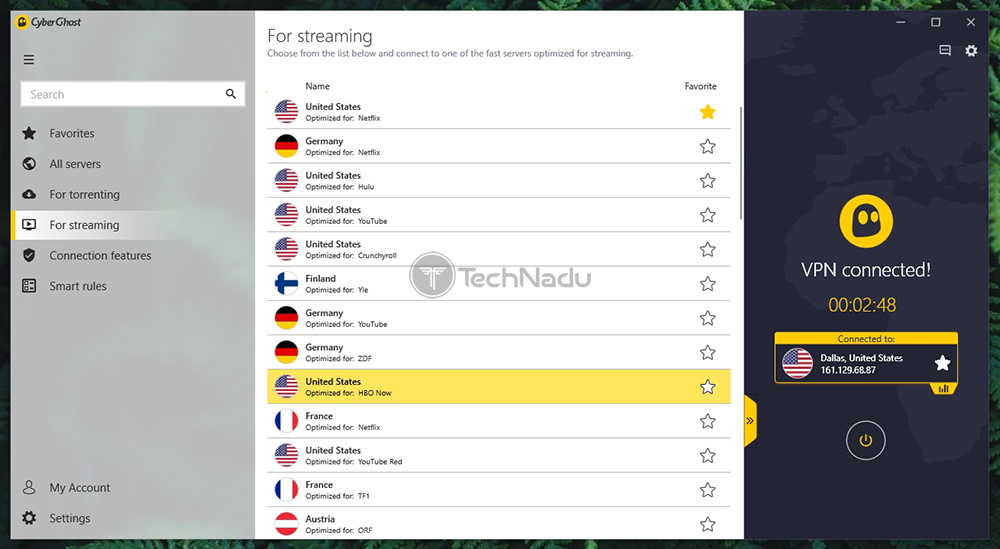 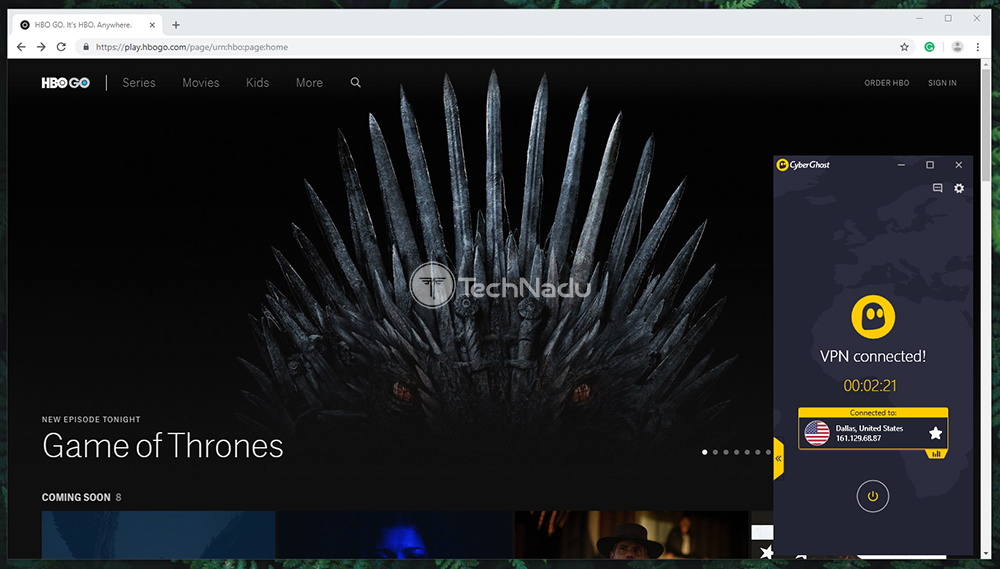 Dear HBO fans, we hope that we’ve answered all your questions. In case there’s anything else you’d like to know on how to watch HBO GO outside the USA, let us know. And make sure to follow us on social media networks, via Facebook or Twitter. Thank you!