Is Using a VPN Safe? Are VPNs Legal or Illegal to Use? 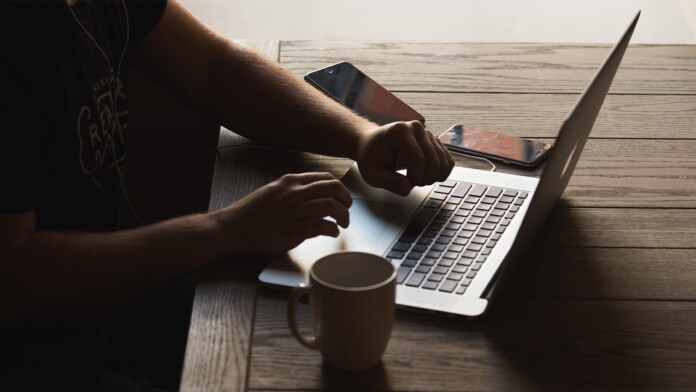 In most countries, VPN services are both safe and legal to use. Furthermore, they protect your right to privacy, which makes them a necessity in today's digital world. However, since VPNs have the power to give you access to previously blocked websites, some countries don't allow their citizens to bypass various Internet restrictions.

With that said, know that if you decide to use a VPN, you won't get into any trouble. On the contrary, you'll reach a higher level of online privacy, making sure no trackers are following you on the Web. Still, since there are some specifics to keep in mind, make sure to read this article very carefully. So, let's jump right in, shall we?

First and Foremost - How Do VPNs Keep You Protected Online?

You might know that 'VPN' stands for 'Virtual Private Network,' but many are still unclear on what exactly that means. So, first, let's talk about the way VPNs keep you safe online.

When we connect to the Internet, we 'ask' our ISP (Internet Service Provider) to take us to a certain page, and they connect us to that page. Therefore, they know that we've visited that specific page, and should anyone ask – such as the government, law enforcement agencies, or even advertising companies – your ISP would be able to supply your personal information to those third parties. For those concerned about their privacy, this can be an issue.

A VPN acts as a middleman that protects your digital privacy. When you use a VPN, instead of directly 'asking' your ISP, you are first asking the VPN in an encrypted request. This request is then decrypted and sent on, connecting you to the website.

Because you did not directly request to go there, the website does not know who you are. Your ISP is also kept in the dark due to the encryption used by your VPN. If anyone is interested in finding out who accessed certain content online, the VPN would be their only possible source.

However, reliable VPN providers are specifically designed not to keep logs of where they are delivering data to, meaning the VPN provider does not know who accessed specific content and is virtually unable to reveal any information about you.

As you can guess, we brought you a simplified explanation of what happens in the background when you use a VPN. For a more detailed explanation, we have our dedicated article on how VPNs work - so make sure to check it out.

Is It Legal to Use a VPN?

In general, it could be said that VPNs are 100% legal - in the majority of countries. However, there are always some exceptions. Governments with authoritarian regimes rely on controlling the flow of information, and they often regulate the use of VPNs.

It is essential to be aware that some countries have laws that force VPN providers to collect and supply user data if asked to. This is why it's important to select a VPN provider that does not store any user data.

Furthermore, even though using VPN services is perfectly legal in most countries, keep in mind that illegal activities undertaken whilst using a VPN are still – naturally – illegal. Because of that, most reputable VPN providers forbid the use of their service for certain activities such as child pornography, fraud, as well as theft, hacking, and spreading viruses.

Is It Legal to Use a VPN for Accessing Blocked Content?

In most cases, it's legal to use a VPN for accessing blocked content on the Internet - if there's no legal background for making that content unavailable.

However, some countries limit access to certain types of content that can include gambling sites, pornography, and similar. In those cases, and if your country has a law that prevents you from accessing that type of content, you shouldn't use a VPN to bypass those restrictions.

Is It Legal to Use a VPN for Media Streaming?

Still, keep in mind that using a VPN for media streaming might be against individual services' Terms of Use. Even in those cases, there's nothing to worry about, as the worst thing that could happen is seeing a proxy error message letting you know to turn off your VPN.

Many of you will want to unblock Netflix, which is where VPNs are especially helpful. They allow you to access the US version of Netflix (along with many other versions), which means you'll get to unblock new movies and TV shows.

We have many guides on our website explaining how to unlock and subscribe to streaming services available in individual countries. With that said, here's how to use a VPN to unblock Disney Plus, Discovery Plus, Paramount Plus, Pluto TV, HBO Max, Shudder, Comedy Central, and beIN Sports, among many other digital services.

Is It Legal to Use a VPN for Online Gaming?

Yes, it's legal to use a VPN for online gaming, as long as you don't use it for cheating. With that said, know that there are many legitimate uses of VPNs in terms of gaming.

For example, you can use a VPN to get a lower ping, leading to better overall performance when playing online and multiplayer games. Using a VPN allows you to pick a different server, unblock certain perks or play with people you wouldn't have met otherwise.

In case you need more information, here's how to use VPNs for gaming. And also, you'll want to check our guide to the best gaming VPN services.

Where Are VPNs Illegal?

VPNs are illegal in Belarus, Iraq, Oman, Turkmenistan, and North Korea. Also, their use is restricted and regulated in Pakistan, China, Turkey, the UAE, Russia, and Iran.

As you can see, there's a very small group of countries that have made VPNs illegal. Suffice to say, individuals should refrain from using VPNs in those countries and their territories, which applies to both residents and visitors.

When it comes to other countries, using a VPN won't get you into trouble. That means you have full freedom to pick a commercial VPN to use, and then use it to secure your connection and protect your sensitive data on the Internet.

When Happens If I Am Caught Using a VPN Illegaly?

If you're caught using a VPN illegally, you will be prosecuted under the laws of your country - if your country explicitly forbids the use of VPN services.

Keep in mind that using a VPN service is never an excuse to do anything against the law. Even though VPNs are legal and safe to use in many countries, cybercrime and infringement are not. Just because you're using a VPN doesn't mean you'll be invisible to your country's law.

Can My Internet Service Provider See My VPN?

Yes, your ISP will see that you're using a VPN. However, it won't see anything you do online since your incoming and outgoing Web data will be encrypted, scrambled, and hidden.

As said earlier, VPNs are legal in most countries. So, the fact that your ISP will see that you're using a VPN shouldn't be a concern. Doing so will prevent your ISP from collecting your data, which means you'll reach a higher level of digital privacy.

If you're worried about whether you'll go against any rules set by your ISP, know that ISPs can do nothing about your decision to use a VPN. Once again, this type of software is legal (in most countries), which means it would be illegal for ISPs actually to start blocking VPNs and sanctioning their users.

Can I Be Tracked If I Use a VPN?

No, you can't be tracked if you use a VPN - because VPNs hide your IP address, and they also encrypt your data. Let's talk about what that means exactly.

Know that VPNs hide your IP address as soon as you connect to a remote server. This means your 'real' IP (the one provided by your Internet Service Provider) gets replaced by a virtual IP supplied by your VPN. If anyone tries to read your 'real' IP to pinpoint your location, they will only see the information served by your VPN.

Then, there's encryption. VPNs have all kinds of VPN protocols that 'scramble' your Web data so that it becomes unreadable to anyone but you. In theory, even if someone gets to your data, they won't be able to open the files to decrypt them - which is a process that could take many years and plenty of effort to be done.

So, the answer to the question of whether you can be tracked while using a VPN is - no. Still, there are other ways that someone can still track you, by implanting malware on your system, for example. This is why it's often recommended to use a reliable anti-virus as well.

Can a VPN Be Hacked?

Prolific hackers will tell you that pretty much any technology can be hacked - and this is true, in theory. However, this all comes down to how much effort is required to hack something. That is why VPNs are often recommended as a way to protect yourself against malware and hacking - as they come with incredibly secure technologies.

We have a comprehensive article that answers the question of whether VPNs can be hacked - by inspecting different hacking methods and their ability to dive into your private data. As you'll see for yourself, you should be safe and protected from hacking in 99.99% of the cases.

Banking apps and websites already come with a high level of security built-in. However, they can never match the security that you get by using a VPN application, and here's why.

By encrypting your Web connection and preventing any data leaks, VPNs can create a safe environment for transmitting your confidential information. Also, today's VPNs often come with a high level of encryption (256-bit AES), which is something that banking apps and services don't offer.

All of that means you should be able to safely access your bank's apps and website from any location, even while using public Wi-Fi networks. For more information on which VPN to pick, check our guide on the best VPNs for online banking.

It's important to mention that VPNs are especially useful for frequent travelers. Banking apps and sites are often locked outside certain regions, preventing access from foreign countries. So, in case you're somewhere abroad, you can get your country's IP by using a VPN and then access any website, including your bank's site.

How to Find a VPN That Is Safe to Use?

Not every VPN is the same. You should really pay attention to their features, read hands-on reviews, and do your research. Here are some pointers to steer you in the right direction.

For additional information, make sure to turn to our VPN buyer's guide. And if you want our recommendations on which VPNs are trustworthy, here's our guide to the best VPNs right now.

Are Free VPNs Safe to Use?

No, free VPNs are not safe to use. In fact, we strongly recommend avoiding free VPNs, as most of them leak your sensitive information, endangering your digital privacy.

Free VPNs don't bring the same level of security as their premium competitors. They come with bandwidth limitations and strict data caps, and they can't be used to unblock websites.

And what's even more worrying, many of those VPNs collect your private data and track you via advertisement trackers. Of course, there are many other reasons why free VPNs aren't safe, so use the provided link to learn more.

That would be all on whether a VPN is safe and legal to use. If you have any questions for us, let us know via the comments section below. And finally, thank you for reading!