How Many Devices Can I Connect to ExpressVPN Simultaneously? 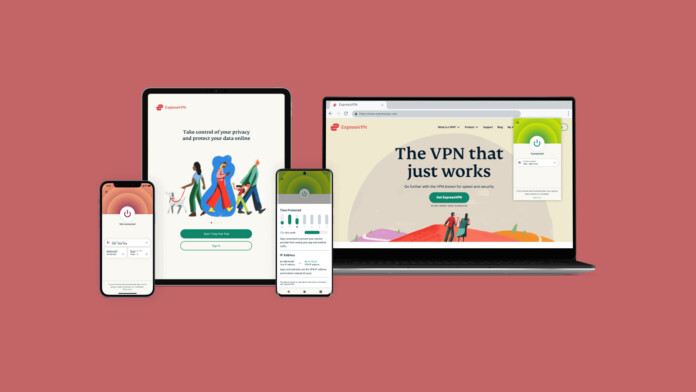 If you take a look at ExpressVPN’s official documentation (or even better - if you check our ExpressVPN review), you’ll see that it supports up to 5 simultaneous connections. However, what does that exactly mean? Is there a way to bypass that limitation, and how to organize your devices to work within that limit? Well, let’s find out!

Can I Use ExpressVPN on Multiple Devices?

Yes, you can use ExpressVPN on multiple devices. More precisely, you can connect to this VPN on up to 5 devices at the same time.

In other words, ExpressVPN gives you 5 "empty slots," and this feature comes included with each ExpressVPN subscription. Each VPN connection you make takes a single slot, and they're dynamic in their nature. What is essential to understand here is that you get 5 simultaneous connections (at any given moment) – not 5 VPN connections in total.

Also, know that ExpressVPN knows how many devices you connect to this VPN without actually diving into any of your personal information. This is one of the standard VPN features, even of those VPNs that have been audited in the past (which is the case with ExpressVPN).

On How Many Devices Can I Install ExpressVPN?

You’re free to install ExpressVPN on as many devices as you want. The VPN’s 5-device-limit rule applies to simultaneous connections only.

In your check our guide on how to download, install and use ExpressVPN, you’ll see that you can install it across 60+ different platforms and devices. That’s one of the many reasons why ExpressVPN is one of the best VPNs available now.

With that said, you don’t have to worry about the VPN’s limit on simultaneous connections while installing its client(s). You have to be aware of that limit only while using ExpressVPN (on multiple devices, at the same time).

ExpressVPN Says "Connection Limit Reached" – What Does That Mean?

If you see the error message saying "Connection limit reached," that means you need to disconnect from ExpressVPN on some other device before you can proceed.

Just like any other VPN, ExpressVPN has real-time insight into how many VPN connections you have at any given moment. If you're already connected to VPN servers on five different devices, the VPN will say that you need to disconnect before you can continue.

Therefore, to resolve this issue, try to think of your devices that might run ExpressVPN (even in the background). Then, disconnect from ExpressVPN on one of those devices and wait a couple of minutes. Then, try reconnecting again.

What If I Need to Connect More Than 5 Devices to ExpressVPN?

We’ve decided to share several tips on what to do if you need to connect more than 5 devices (at the same time) using ExpressVPN. Check them out just below:

There you have it, our answer to the questions of how many devices can you connect to ExpressVPN simultaneously. If you have any other questions for us, make sure to post your comment below. And finally, thanks for reading!