How to Watch YouTube Premium Outside US – Top VPN Solutions To Use Today! 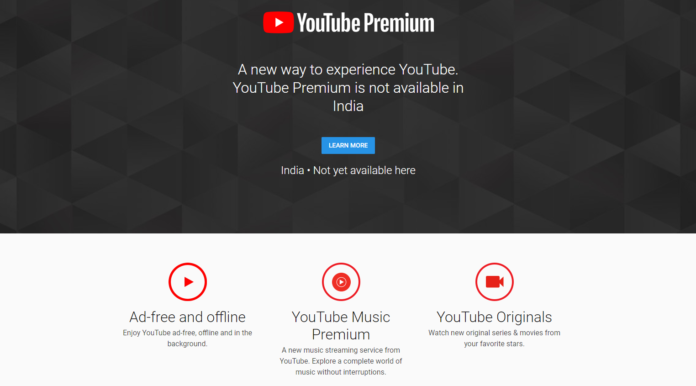 YouTube Premium is the service that is replacing the old YouTube Red, taking on all its perks and adding a few new ones. The platform is always getting new content for subscribers, including special shows from those big YouTube stars everyone loves to watch. The only problem is that the service is only available in a few countries, and the rest of us are stuck behind a geo-block. But don’t worry, here at Technadu, we’re sure we can help you out in order to watch YouTube Premium outside the US with a full list of VPNs.

Top 5 Best VPNs for Watching YouTube Premium Outside US!

We’ve put together several VPNs that work with YouTube Premium and we hope you’ll pick one of them after you’ve read all about them.

The truth is that ExpressVPN is highly priced but you’ll get amazing performance and bulletproof website unblocking. In addition, this is a tool that’s extremely easy to use and that is highly efficient as well. Unfortunately for power users, there aren’t many advanced configuration options available, but hopefully the protections it offers will be more than enough to sway your mind.

ExpressVPN provides military-grade encryption, which is one of the reasons why it’s one of the most used tools of its kind in the entire world. YouTube Premium will work just fine with the help of ExpressVPN, offering a speedy connection and no issues. It works on Windows, Mac, Linux, iOS, Android, Apple TV, and Kindle Fire, so you should be able to find a way to use it. You can check out TechNadu’s in-depth ExpressVPN review for more information.

NordVPN offers close to 5,000 servers around the world to pick from, making it easy to go from one spot to another, depending on your needs. The great part about this VPN is the fact that you won’t even feel that your connection is routed through other servers because it’s still going to be super fast. You should also know that this VPN routes your traffic through two secure servers, which brings an unparalleled level of protection.

The only downside of NordVPN, however, seems to be customer support, with many users complaining that it takes too long to get a response to their requests. If you want to find out more about this tool, you can check out TechNadu’s review of NordVPN.

IPVanish is one of the pricier options on our list, but it provides great quality for the money, so you shouldn’t complain too much, especially if you use it extensively. This VPN will enable you to watch YouTube Premium from whatever corner of the world you live in, offering plenty of security to anonymize your connection. However, there are plenty of reports of server time-outs, and inconsistent speeds, so you might want to take that into consideration, too.

Want to read more about IPVanish? How about you check out our review of the IPVanish VPN?

PureVPN is next up on our list, and it’s a tool that has been around for quite a few years, which means it’s good at what it does. You’ll enjoy 256-bit encryption for your connection, an antivirus, and even a content filter for children if you want to make sure what they watch online is suitable for their age. If you’re a seasoned user, you’ll find some useful advanced features, like a connection kill switch, and split tunneling to confuse anyone tracking you.

On the other hand, your connection speeds may suffer, so you’ll want to keep this in mind, and whether it’s something you can live with or not. You can check out TechNadu’s review of PureVPN.

Finally, last on our list is VyprVPN, a tool that will jump through hoops to secure your information. VyprVPN uses some of the best encryption protocols on our list and offers more than 700 servers in more than 60 countries, including the ones you need for YouTube Premium.

Unlike the other options on our list, this one only offers a yearly plan that will take you down $60. On the other hand, it’s cheaper than other yearly plans, even if you won’t be able to pay month by month, as with the rest. If you want to find out more, you can check out our review of VyprVPN.

You probably have a few questions on your mind, and we’ll give our best to answer them. So, here’s what you need to know about using a VPN in combination with YouTube Premium.

How Can VPNs Protect You Online?

So, now that we’ve gone through your best VPN options, let’s go a bit more in-depth about what these tools do.

VPNs, or Virtual Private Networks, allow you to connect to the Internet anonymously. Once you run the tool, your Internet connection is routed through a server run by the VPN provider, securely connecting you to the Internet, and blocking anyone who tries to track your whereabouts. The nice thing about it is that once you run the app, your IP changes to that from another country, making it look like you’re browsing the Internet from there. That’s precisly why VPNs are used by a diversified group of users.

There are countless free VPNs available online, but not all of them are good at hiding you and making it seem as if you’re in another country. Online services regularly block free VPNs because they realize someone is trying to go around the geo-block they set up.

There are even more ominous reasons why using a free VPN is a bad idea. Since they need to generate revenue in some way, many of these sell personal data to advertisers. This data is then used to target you with more specific ads, which is a clear violation of your privacy. Therefore, you need to make an extra effort to find a trustworthy VPN.

A few years ago, YouTube announced it was going to release a brand new service that would give users what they’d been asking since forever – a way to watch YouTube videos in the background on mobile devices, and no ads. Launched in November 2014 as Music Key, subscribers could enjoy both these features, including to check out music videos from participating labels on YouTube, and Google Play Music. 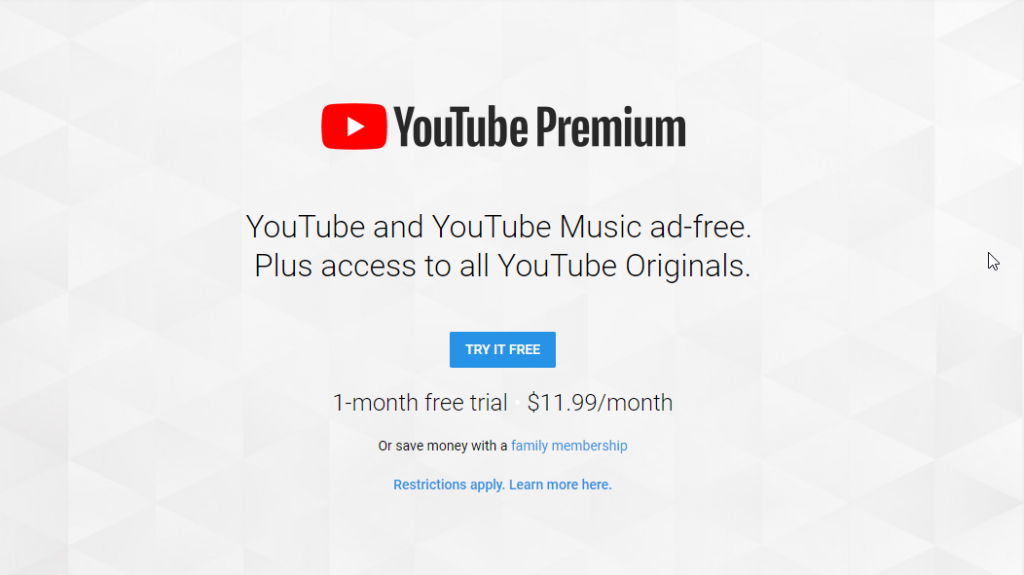 It didn’t take very long before the service was revised in October 2015 and relaunched as YouTube Red, with an extended scope of ad-free access to all YouTube videos, and not just music. Furthermore, major networks and YouTube celebrities also contributed to content – networks with movies and shows, and the YouTubers with special shows, including Lindsey Stirling, Gigi Lazzarato, or CollegeHumor. PewDiePie used to have a show too, but that one got canceled after some of the YouTuber’s videos turned controversial.

Finally, YouTube Premium came to life in May 2018, when it was officially announced. Then, in June 2018, YouTube Red went to an early grave and became YouTube Premium, with an updated price of $11.99 per month. Older subscribers have been transitioned to the new service, while new ones can go right ahead and sign up. Subscribers to YouTube Premium can enjoy ad-free videos, as well as offline and background video play. There’s also a new music streaming service included, as well as access to original series and movies from favorite YouTube stars.

The only problem is that, currently, only users from a handful of countries are able to subscribe to YouTube Premium, namely United States of America, Australia, Austria, Canada, Finland, France, Germany, Ireland, Italy, Mexico, New Zealand, Norway, Russia, South Korea, Spain, Sweden, United Kingdom. More are reportedly going to be added, but there’s no clear timeline here. Therefore, until the expansion happens, a VPN is still the best solution you have.

The rest of the world is left outside and many people are none too happy about this, especially since numerous top YouTubers have their own shows that they’re missing out on.

Well, the service is naturally available via the YouTube and YouTube Gaming apps for Android and iOS, as well as Google’s other products, like Chromecast, and Android TV. Furthermore, Xbox, Wii U, PlayStation 3, PlayStation 4, Roku, and some smart TV users can also have fun with YouTube Premium.

Whether you’re in South America, Europe, or Asia, this guide should provide enough help to get you watching YouTube Premium wherever you are.