How to Watch Hulu Outside the USA in 2021 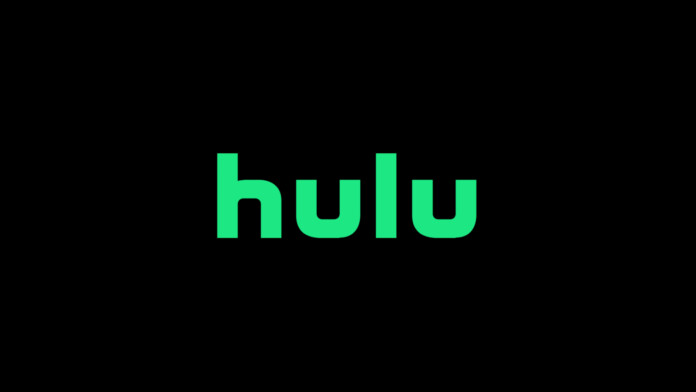 When compared to its competitors, Hulu has plenty going for it. We’re sure you think the same – which is the reason why you’re reading this article. However, you’re also aware that Hulu works in select markets only, which is clearly an obstacle. Still, that’s something you can easily overcome, so let’s talk about how to watch Hulu outside the USA in 2021.

Where Is Hulu Available?

At the moment, Hulu is primarily available in the United States. You can access it throughout the country and U.S. territories like Puerto Rico and U.S. military bases. It's also true that Hulu is available in Japan in a slightly different form.

With that said, there’s always been a possibility for Hulu to expand internationally. We've been seeing indications of that happening for several years now – but without any concrete plans. So, the instructions you'll find in this article on how to watch Hulu outside the US are the only way to go (for now, at least).

First, we’ll talk about accessing and streaming Hulu outside the US – if you already have a subscription. The following instructions apply to those who are traveling right now and wish to access this streaming service. Here’s what you need to do.

1. You need a VPN capable of unblocking Hulu. So, you should subscribe to ExpressVPN.

2. Once you find yourself on ExpressVPN’s website, select 'Get ExpressVPN.'

3. Pick a subscription (keep in mind that long-term ones come with big savings).

4. Provide your email address and then finalize signing up for ExpressVPN.

5. Once done, you'll receive an email from this VPN confirming your subscription.

6. This is when you can proceed to set up ExpressVPN on your device(s).

7. Make sure to launch ExpressVPN and go through its initial setup.

8. At this moment, you should be looking at ExpressVPN’s home screen.

9. Click on the button just below the ON/OFF switch on ExpressVPN's home screen.

10. Now, pick 'United States,' and select any server found in the US.

11. After a few seconds, ExpressVPN will connect you. Its interface should turn green.

12. Finally, launch Hulu on your device, and that’s it!

As long as you have ExpressVPN active in the background, you'll get to unblock and access Hulu. That applies to the media streaming service's website and apps on any of its supported platforms. Know that ExpressVPN brings unlimited bandwidth, so there's no reason to deactivate it, especially if you want to anonymize your Web traffic.

This segment is for those who are yet to subscribe to Hulu. Since this streaming service is inaccessible abroad, you will need to use a workaround to subscribe. So, here’s how to watch Hulu outside the US if you don't have a subscription yet.

The following method can be done on iOS/iPadOS or Android devices, as it requires the use of gift cards. This helps you avoid sign-up errors related to using non-American payment cards, so it should work in the entire world.

2. Once you get to ExpressVPN’s site, select 'Get ExpressVPN.'

3. Pick a subscription (a long-term one will help you save).

4. Finalize the sign-up procedure (provide your email and pay for the subscription).

5. Once done, a confirmation email will arrive to your email inbox.

6. Now, go ahead and set up ExpressVPN on your device.

7. Then, ensure that you have a Google ID or Apple ID set to 'United States.'

Keep in mind that your Google or Apple account MUST be associated with an address in the US. To meet this requirement, feel free to create a new Google account or a new Apple ID – while using the VPN in the background (which means you first must connect to a server in the USA before starting the sign-up procedure for a new Google/Apple account).

9. Now, proceed to buy a gift card – as you need to pay for your Hulu subscription.

We recommend using Amazon to purchase a gift card – as it offers both Google Play and Apple gift cards. You’re free to pick any amount (make sure to have enough money to pay for the Hulu subscription you plan to pick), and you’ll get delivery via email.

10. Once you get your code, here’s how to redeem it on Android and iOS/iPadOS.

11. At this moment, you should have enough funds on your Google/Apple ID.

12. Proceed to download Hulu on your Android device or your iPhone/iPad.

13. Then, launch the Hulu app on your device.

14. Pick 'Start Your Free Trial,' and then select a plan that suits you.

15. Create your Hulu account by filling out the required information.

That’s it! Each time you wish to access and watch Hulu outside the US, you first need to launch ExpressVPN and connect to a server in the US. As long as ExpressVPN is active in the background, Hulu should work without any issues.

Hulu has always been notoriously hard to unblock outside the US. So, make sure to invest your money wisely in a VPN that works with this streaming service. With that said, we present the best VPNs that work with Hulu in 2021.

Can I Use Hulu at Two Different Locations?

Yes, you can use Hulu at two different locations at the same time. The only requirement is to be in an area where Hulu is supported (which means you need a VPN if you plan to watch ExpressVPN outside the USA).

How Many Simultaneous Connections Does Hulu Support?

Each Hulu subscription supports up to two simultaneous streams. You can install Hulu on as many devices as you want (and log in), but you can actively stream Hulu on up to two devices at the same time. If you try to stream Hulu on a third device, you will see a "Too Many Screens" error message.

Can I Install the Hulu App Outside the USA?

Yes, you can install Hulu’s apps outside the USA. However, keep in mind that you need access to the US version of Apple’s iOS App Store or Google’s Play Store. Therefore, you need to have an Apple or Google account registered to an address in the USA.

Can I Watch Hulu Without the App?

Of course – you can access and watch Hulu directly via its website. However, keep in mind that your subscription is limited to two simultaneous streams, including Hulu's apps and website (on any platform).

How Does Hulu Detect VPNs?

Hulu has long been capable of detecting VPNs, primarily based on IP addresses associated with VPN services. So, to access Hulu using a VPN, you need one with an extensive pool of IPs that often rotate. One such VPN is ExpressVPN.

Will Hulu Ban My Account for Using a VPN?

Hulu’s Terms of Use say that you shouldn't use software that alters the primary use of the streaming service. Technically, VPNs do just that. However, based on our research, we haven't found a single report on Hulu banning an account for using a VPN. Therefore, we think you should be safe, at least for now.

What VPN Speeds Do You Need to Watch Hulu Outside the US?

Hulu recommends up to 3.0 Mbps for standard-resolution video and up to 16.0 Mbps for streaming 4K content. With that said, if you have at least a 30Mbps Internet connection, you should be able to stream in 4K even with a VPN active in the background.

If you’d like to dive deeper, here are the fastest VPNs available right now. And also, you’ll want to check how to speed up a slow VPN.

According to our tests, not really. The few that can unblock Hulu can only do it for a short period. The site eventually detects and blacklists their IPs. So, our strong recommendation is to use a reliable VPN that’s worth your money – such as ExpressVPN.

If you have any questions about how to watch Hulu outside the USA, let us know via the comments section below. We’ll make sure to respond promptly. And finally – thank you for reading!