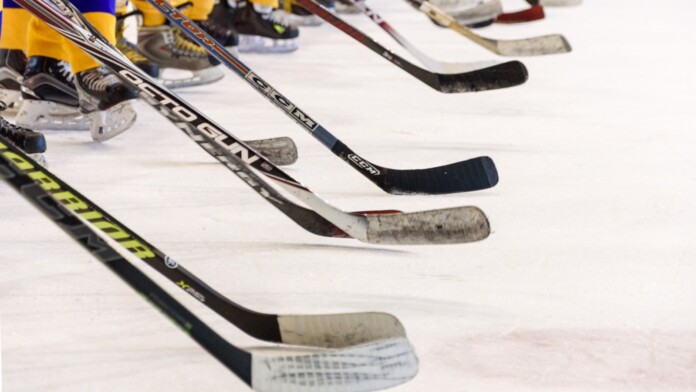 The 2021/22 NHL season is almost upon us, and we are set for a few compelling months of non-stop action ending with the world-famous Stanley Cup. The 105th season of the National Hockey League will begin on October 12. And unlike last season, the plan is to return to the league's normal October-to-April scheduling and an entire 82-game regular season is in store for all NHL fans.

The regular season will be followed by the playoffs, and the final two remaining teams will take part in the Stanley Cup in June as they look to win North America's oldest professional sports trophy.

This could be one of the best seasons in the league's history, with 32 teams now participating following the addition of the Seattle Kraken and the NHL expansion draft, which was held earlier this year. The NHL is one of the most popular sports leagues in America and has rabid fanbases in Canada and several other countries around the globe. As we prepare for the season to start, we have all the information on how to watch the NHL live in the United States or anywhere in the world without cable.

For the NHL 2021/22 season, the games will get underway on October 12, and the action is set to continue until to last through June 2022. The All-Star Game will take place on the weekend of February 4-5 at the T-Mobile Arena in Las Vegas, which is the home of the Vegas Golden Knights. A break for the Winter Olympics will follow that event, and players will fly to Beijing to participate in the tournament.

The playoffs are tentatively scheduled to start in May under a 16-team format, and the Stanley Cup final will take place in June. The NHL schedule is very lengthy and the whole season lasts a lot of months. You can check out the official schedule to find what game is played on what day.

How to Watch NHL Games Online From Anywhere?

If you want to watch the NHL games but don't live in the United States or are traveling away from the country, you will not be able to watch the games live on the regular channels. Since these channels are geo-blocked, they can only be accessed from within the US. So in order to see the NHL games live, you will need an alternative solution.

All you need to do is get a VPN, which will allow you to bypass the geo-blocked live stream and watch all of your favorite NHL players in action live. If you set the United States as your VPN location, the streaming services will believe you are actually living in the United States.

Our recommendation is to use ExpressVPN, which is one of the best tools available on the market, with thousands of servers everywhere in the world, reliable networks, high speeds, and some really great protection protocols. In order to get it, just go to its website, subscribe to ExpressVPN (49% OFF), then choose the plan you want, fill in the payment details, and download the app for your device. Keep in mind that there's a 30-day money-back guarantee policy, so you can ask for a refund if there are any issues with your subscription.

If you would like to take a look at some of the other available VPN services in the market, be sure to read our reviews of the best VPN services.

How to Watch NHL in the US Without Cable?

If you are looking to watch the entire NHL season online without cable, you're very much in luck because all the networks that feature the games can be streamed online, so you can watch all the games live without having to sit by the TV and even on the go. These streaming services have many available channels that will allow you to watch all NHL games live.

Here are some streaming services that you can use to watch NHL games live.

As stated above, ESPN+ will broadcast several NHL games live in the United States. It will air one exclusive game every Tuesday from October 19 to December 28. It will also have exclusive matches on Tuesdays and Thursdays starting from 2022. And 1,000 out-of-market games will also be available here. You can get an ESPN+ subscription for $5.99/month or $59.99/year. If you would like to get some more information on the streaming service, be sure to read our review of ESPN+ here.

ESPN's partnership with Hulu means live NHL games will also be available on the platform, which also offers live streaming TV that includes 75+ channels and the entire Hulu On-Demand library for $64.99 monthly. Several NHL games will be simulcast on Hulu - otherwise, you can also watch the ABC, ESPN, TNT, and TBS games live with the Hulu Live TV service. Before you decide, please do read our Hulu + Live TV review here to get more information on the service.

Next up on our list, we have fuboTV, which is also a popular streaming service that has become a must-have for all sports fans thanks to its wide variety of channel options. fuboTV has three main bundles: Starter ($64.99/mo), Pro ($69.99/mo), and Elite ($79.99/mo). ABC, ESPN, NHL Network are all available on fuboTV, so you can easily watch NHL. For more information on this streaming service, read our fuboTV review.

Another reliable and cheap option that could be great for NHL fans is Sling TV, which comes with many customization options. It is also comparatively more affordable than some of the other options that are available to NHL fans. Sling TV has three available bundles, Blue, Orange, and Orange + Blue. The former two cost $35 per month, while the latter costs $50 per month. ESPN is available with the Orange and Orange + Blue plans, and TNT and TBS are available on all three. However, Sling TV does not have ABC. For more information on Sling TV, do make sure to read our review here.

Last up on our list is YouTube TV. It is another high-quality streaming service with dozens of premium channels on its list. It has only one bundle of 85+ channels, and included on the list are ABC, ESPN, TNT, and TBS. A YouTube TV subscription costs $64.99 per month and offers quite a few exciting perks. For more information, read our YouTube TV review here.

Which Teams and Players Take Part in the NHL?

A total of 32 will take part in the 2021/22 NHL season, with the Seattle Kraken joining as an expansion team this season. The defining champions are the Tampa Bay Lightning, and they will be aiming to retain their Stanley Cup crown this season. They are led by last year's Playoffs MVP Andrei Vasilevskiy. Last year's runners-up Montreal Canadiens will be looking to go one better this time around.

The Colorado Avalanche is said to be the clear favorite to win the 2022 crown, though. But it will be interesting to see whether they can live up to expectations and go on to win the entire thing this time around. The Vegas Golden Knights will also no doubt be in the race to win the Stanley Cup this season.

The Boston Bruins, Carolina Hurricanes, Toronto Maple Leafs, New York Islanders, Pittsburgh Penguins will also be there or thereabouts near the top in what should be a very competitive season of NHL action. If you are looking for a dark horse to support in the upcoming NHL season, look no further than the Florida Panthers and the Washington Capitals. Obviously, a lot can change between now and the scheduled finals which are due to take place in June. But as of now, the pecking order has been set, and it will be interesting to see which teams live up to expectations.

The biggest names in the NHL today include Edmonton Oilers superstar Connor McDavid - he is the favorite to win the MVP award for the third time in his career. Among the other big names are Nathan MacKinnon, Auston Matthews, Nikita Kucherov, Artemi Panarin, David Pastrnak, and Leon Draisaitl. Kucherov led the NHL playoffs in scoring last year, and he will be looking to lead the Tampa Bay Lightning to victory once again. His teammate Vasilevskiy set up a number of records last season en route to a playoffs MVP award. And the duo will be very crucial to the Lightning's chances of doing a repeat.

Here is the list of teams and their division.