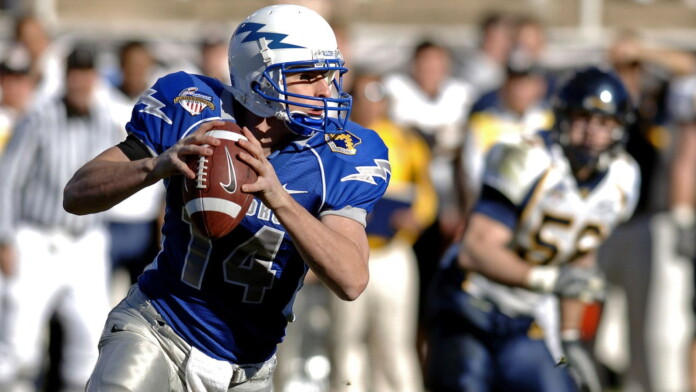 While it may not be exactly as popular as the regular football league, college football is definitely quite famous across the United States. This season, we're looking forward to watching the games online, so we'll invite you to find the best way to do this too.

The 2019-2020 season is the 151st season of college football across the United States, and some 130 teams are competing. Last year, the Clemson Tigers won the title, so they'll be trying to defend it throughout the season.

When and Where to Watch College Football?

The 2019-2020 NCAA football season kicked off on August 24th and will continue through December 14th. On December 21st, the post-season games begin and they'll end on January 13th, 2020, with the College Football Playoff National Championship. You can find the full schedule for the NCAA games so you'll know when to tune in to watch it all.

You can watch NCAA games on a large number of channels, including ABC, NBC, ESPN, CBS, Fox, PBS, America One, as well as TBS, ESPNU, Big 10, and PAC 12, the latter two being specialized channels pertaining to the conferences.

When the games are covered by ABC, NBC, CBS, FOX, or the regional sports networks pertaining to these networks, you need to keep in mind that the games may only be available in specific areas, depending on the broadcasting deals. If you live in areas that do not get coverage for these channels, you can use a VPN to connect to a server that's in a city that does have access to the networks. You can learn more about VPNs here.

How to Live Stream College Football?

We do everything online, so it only makes sense to also watch TV online without using a cable subscription with the help of live TV platforms like the ones that have been launched in recent years. If you're going to watch college football games online, we're going to direct you towards Hulu, which comes with some great features. There's a single bundle of channels available, but it features ABC, NBC, ESPN, CBS, Fox, ESPNU, and ESPN College Extra. Start your 7-day free trial on Hulu today! Your subscription to the live TV plan includes access to the video-on-demand library that Hulu has been building for years.

Hulu also features a couple of channel packs that you can get on top of the main bundle, as well as several premium networks, such as HBO and Showtime. There are Hulu apps available for iOS, Android phones and tablets, Apple TV, Fire TV, Roku, Xbox, Chromecast, and Samsung Smart TVs. (Note: Hulu is a platform that only works in the United States, so you're going to have to use a VPN if you want to watch anything when traveling abroad. Click here to learn how you can do this easily.)

Other Ways to Watch College Football

fuboTV - Over on fuboTV, you can watch NBC, CBS, Fox, TBS, Big 10, Pac-12, and a ton of other sports channels. You won't find ABC or ESPN networks, here, though. There is a single bundle of channels available here, but you can choose out of a bunch of pre-made packs featuring all channels from the main bundle and extra channel packs and premium networks at discount prices. Start your 7-day free trial on fuboTV now! You can also customize your plan by adding your own extras.

Sling TV - We also have Sling TV on our list and it's a great service that comes with three different bundles to choose from. Your best bet is going for Orange + Blue because it's the only one that features NBC, CBS, Fox, as well as ESPN networks. You should probably also look into getting the Sports Extra pack because it holds a lot more channels. Start your Sling TV subscription by saving 40% off your first month! You can also add a ton more channel packs and premium networks if you want those too.

How to Watch College Football When Traveling Outside of the United States?

One thing that all live TV platforms and streaming services have in common is the fact that they are all geoblocked. This means that when you travel outside of the United States, you're going to be unable to access any of the content because licensing deals constrain them to block access. While this can be quite inconvenient for you, it's something that's quite normal and not out of the ordinary. The quickest way to overcome this problem is to use a VPN to change your IP address so that the site thinks you are still in the United States. We'll recommend you go for ExpressVPN because it's one of the best on the market with tons of servers across the world, including dozens in the United States, and some great privacy features.

Here's what you need to do to watch NCAA football with a VPN:

How to Watch College Football in Canada?

If you live in Canada, you can enjoy watching college football to an extent over TSN which airs games by ESPN networks, while Big Ten Network and CBS Sports Network can be carried by Canadian television providers.

Can I Watch College Football on the TV Network Website?

Yes, that's something that you can do because some of the channels feature live streams on their websites. ABC, Fox, NBC, and other national channels have this feature and you can check them out. You'll need to log in to an account by using credentials from your TV provider if you do this. The provider can be either a live TV service or a cable company. (Note: All TV network websites are subject to geoblocks so you're going to need a VPN to make them work when you're traveling outside of the United States. Click here to learn how you can do this.)

Can I Watch College Football With a TV Antenna?

Yes, that is something that can be done, at least with some of the games since not all networks that have broadcasting rights for NCAA football have over-the-air availability. Games broadcast by NBC, CBS, Fox, ABC, and PBS can be watched in this manner, however, so it should be great for you. TV antennas are devices that are quite cheap to purchase and they enable people to watch a couple of dozens of TV networks for free.

Before you go and make any purchases, we invite you to visit a site such as NoCable where they can find more details about the channels that broadcast over the air in your location. You will also learn more about how far the broadcast stations are so you can get the right range on your device so you make the most of your money and watch as many networks as possible. Check out the suggested devices above and see if any of them suit your needs.

We'd love to hear back from you so you can tell us which live TV platform you chose to watch NCAA football on, so please drop us a note in the comments section below and tell us all about it. Share the article with friends and family and follow TechNadu on Facebook or Twitter for more tech news, guides, reviews, and interviews.