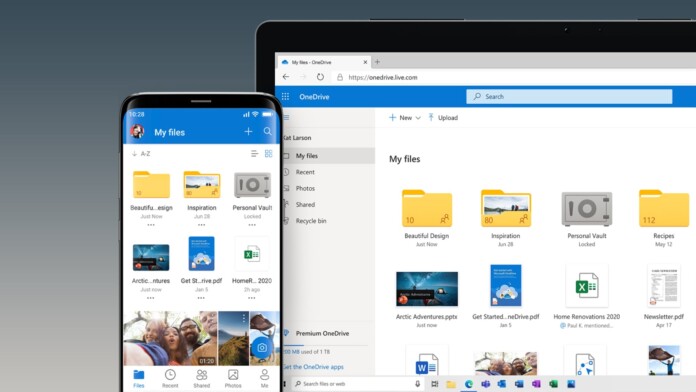 It wouldn’t be an understatement to say that cloud-based connectivity has now become imperative. Many of us have switched to working from home, and we’ve also started to rely on cloud services to collaborate with others. It looks like Microsoft is well-aware of this trend, which is why the company has announced a long list of features that will be added to OneDrive over the next couple of months. All these features will be available to Microsoft 365 subscribers – both for personal and business accounts.

The big emphasis on OneDrive’s future development will be on file sharing. There are many ways to share files via OneDrive right now, which will be made even simpler soon. A feature called ‘Add to OneDrive’ will let you contribute to shared folders. This goes for those using shared libraries in Microsoft Teams and SharePoint. Thanks to this feature, you can see all your shared content at once – and work on those files as you did before, no matter who’s the original owner of the document. The ‘Add to OneDrive’ feature will be rolled out later this month, with admins being able to opt-out if they choose.

OneDrive is also poised to get a whole slate of connectivity features. Sharing files in Microsoft Teams will be more intuitive and on par with other Microsoft products such as OneDrive, Outlook, and Office. It means that once you decide to share a file within Team, you’ll get to fine-tune the file’s permissions (in terms of who can access it).

Besides, shared libraries with mandatory metadata will no longer be read-only, which is currently a big obstacle for business users. Soon, OneDrive will start supporting read-and-write synchronization for shared libraries, even those that contain required metadata. Therefore, editing content in synced libraries while working from desktops will be made more accessible. Business users will also be in greater control over their files as they get moved through their lifecycle. Relocating files won’t erase their previous specifications and permissions, including the original group’s access.

And of course, Microsoft didn’t forget about its ‘regular’ users. The company has increased the upload file size limit from 15GB to 100GB, and this applies to OneDrive and SharePoint. Also, there will be a better way to handle (often annoying) notifications later this summer. You’ll get to turn off notifications for individual files so that you can focus on those crucial at any given moment.

Finally, OneDrive users will get a more comprehensive set of family-and-friends sharing controls. This will work by allowing you to predefine a group of people from your personal life and then use that group to exchange all kinds of data. And finally, OneDrive will soon get ‘Dark Mode’ on the Web, after they already introduced to iOS and Android.