Google introduced its new VR180 Creator that seeks to help users with affordable cameras like the Lenovo Mirage, to shoot and create 3D and virtual reality content. The software is mostly targeted towards YouTube content with multiple publishing features that optimize it for Google’s video sharing platform.

With the VR180 Creator, users can expect to shoot three-dimensional photos and videos on affordable hardware small enough to carry around. With high-quality editing options like raw fisheye conversion and VR-support, the tool is a great way for users to get into VR video editing without spending a fortune on hardware and software.

VR180 Creator has a bunch of VR video editing tools, and the output format is supported by popular software such as Final Cut Pro and Adobe Premiere, making it easy for users to transfer the files across multiple software to create high-quality 3D and AR videos for YouTube or other platforms. Any VR180 footage can be uploaded to the software including Fisheye 360 footage and metadata from virtual reality footage to convert and publish them to YouTube.

Google’s software also comes with its own companion apps for iOS and Android which enables users to access created content right on their phones or tablets. The companion apps also allow users to manage VR files stored on Google Drive with ease. Two popular VR180 cameras that Google is offering full support for are the Lenovo Mirage Camera and the YI Horizon VR180 Camera. The Lenovo VR camera will be available for purchase for around $300 soon while the Horizon is yet to go up for pre-orders.

Google also published multiple guides for using the software and publishing content for YouTube in its newly published VR page. If you want to try out the VR180 Creator, you can download it from here. 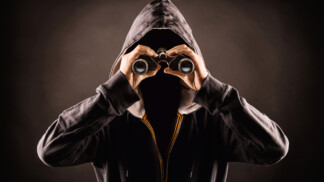