Fortnite Is Coming To Android This Summer With Some New Features 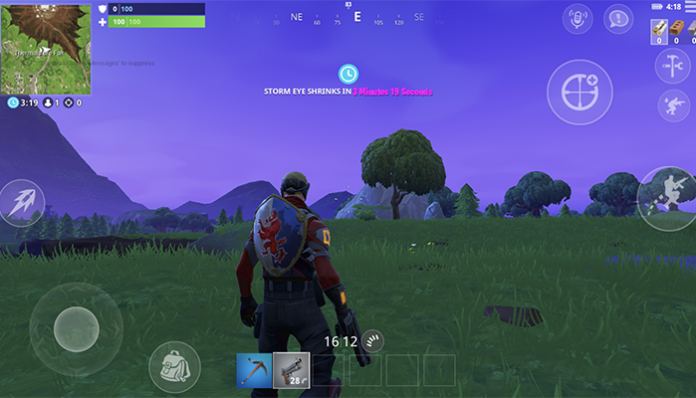 Fortnite: Battle Royale has been available on many different platforms from PC, Xbox One and PlayStation 4 to the iOS devices. Epic Games has announced to the Android users that the game is finally coming to their platform too so that they can get ready to join their friends on iPhones.

According to their official blog, the developers are expecting the Android version of Fortnite to be released sometime this summer. They also promised to share all the details regarding the release date as soon as they themselves have more information.

The developers also used the announcement to talk about future updates and improvements to the game itself. One of these new features is Voice chat that lets you communicate with your friends or anyone else on the map.

Don't worry though, there will be a Mute option somewhere in there so that you can avoid those annoying players. These options will be easily accessible with a simple touchscreen tap.

Another great update that is still in the works is a custom HUD feature which allows you to use template "blueprint" in order to store various icons on your screen according to your own preferences.

Since playing Fortnite on your phone is becoming increasingly popular, the obvious new feature that Epic is planning to install is a "battery saver" mode. This feature will lower the graphics quality of the game in order to save you some battery life until the end of the match.

When it was released on iOS in March, Fortnite reported $15 million in sales in the first 20 days. We can expect similar results for the Android platform too this summer.