Fortnite Season 4 Is Here And The Mystery Of The Meteor Is Revealed! 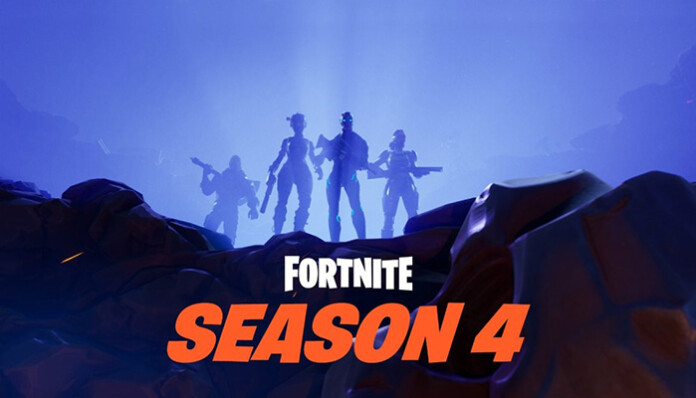 As of today, a new, fourth season of Fortnite has been launched by the developer Epic Games. Finally, the mysterious meteor has crashed after several months of teasing with the players' imagination. There have been many theories about the meteor, from where it will land, to what it is carrying.

Many players had a theory that Tilted Towers, which is the most crowded part of the map, will be destroyed in an impact. Another, more popular one, suggested that the meteor will end up in a Dusty Depot location, which is an area with a lot of vacant spots. This area is now called Dusty Divot. There, but also in other parts of the map, players can stumble upon craters that have glowing rocks lying around. Once consumed, these rocks create a low gravity for players. There are probably a lot more secrets that will be uncovered in the weeks to come.

Epic Games have been smart with a slow implementation of clues that all pointed toward a major disaster on the map. The Verge noticed that it all started by placing telescopes around the map and later on, implementing in-game meteors that would fall at the increased rate during the past week. Warning signs were also popping out at Titled Towers.

Fortnite also used their Twitter profile to give additional clues to the players regarding the new season. The images that were shared depict a meteor's tail and inside of it masked superhero characters. A new theory behind these clues states that the storyline will be similar to the one from the Avengers: Infinity War. This new superhero content comes in a form of a quest line which includes a story divided into five parts called "Save the World".

For a more in-depth look at what is new, check out the official list of changes.