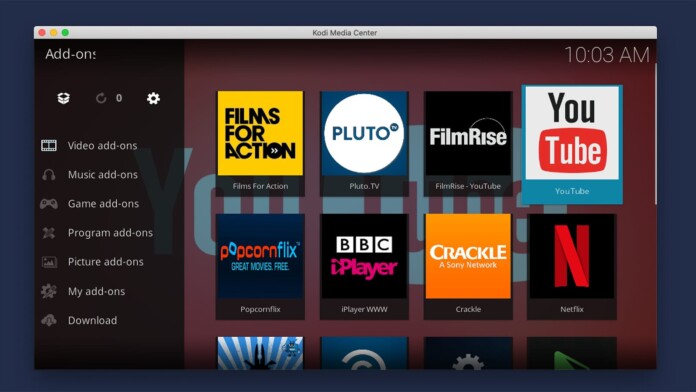 Thanks to the most popular Kodi addons right now, you are always just a few clicks away from a huge library of content. Of course, this also applies to movies. This is precisely what we’ll talk about in this article, as we uncover the best Kodi addons for movies in 2020.

Before anything else, we’d like to highlight that the following addons are recommended after an extended period of testing. We wanted to make sure that we’re giving you only the most functional and feature-rich movie addons out there, and we think we’ve succeeded in that mission.

Combined together, our recommendations bring you a library of thousands of movie titles, in addition to other types of content. So, no matter what kinds of movies you like to watch, you’ll most definitely find something interesting.

Before we proceed further, we have a word of caution for you. Our strong advice is to make sure you’re using Kodi safely and legally. With this said, we want you to read our In this article, we are talking about Kodi and this application’s official and unofficial addons – all of which are based on open-source code. Addons for Kodi can come from the official source (you can install them via Kodi itself), or they can be hosted by third-party sources (such as GitHub, for example). In addition, Kodi and its addons are publicly available and free of charge.

Make sure to carefully read everything said in this disclaimer and ensure the proper use of the software.
disclaimer as well as the following warning message.

Warning: Why you should ALWAYS USE a VPN with Kodi?

The above are the 2 reasons that forcing us to recommend a VPN to Kodi users for safer streaming. In fact, after testing several VPNs for Kodi, we finally came up with one non-stop solution and that is ExpressVPN, the top-rated Kodi VPN so far.

So, the following are the 8 best Kodi addons for movies in 2020. 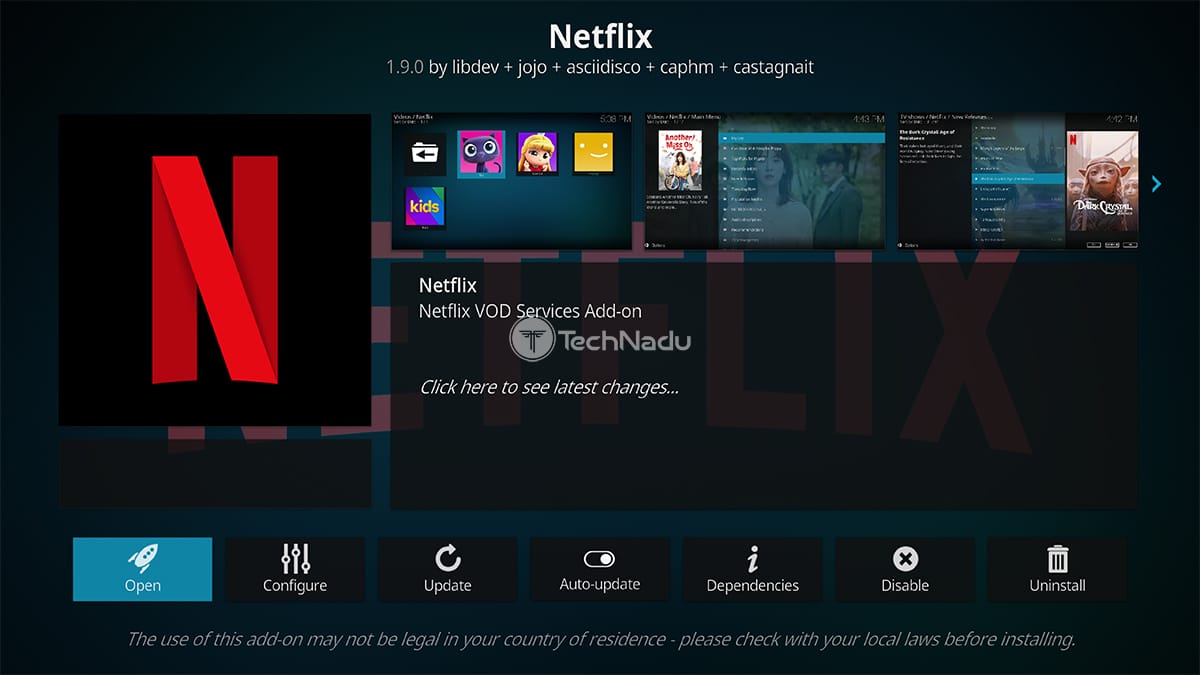 In case you’re a Netflix subscriber, you can integrate this media streaming platform with Kodi. However, make sure to use Kodi 18 Leia for this purpose, as only this Kodi version supports this kind of integration.

Once you set everything up, you can access your Netflix library and stream pretty much any title available on the platform. Of course, we’re talking about using your existing Netflix subscription – so there’s nothing illegal about this addon.

The Netflix Kodi addon supports multiple user accounts and comes with numerous content categories. There are even some curated categories created by this addon’s developer, which might help you find new types of movies.

Related: How to Install Kodi Addons from GitHub

All in all, we strongly believe this to be one of the best Kodi addons for movies in 2020, and we recommend you try it out.

Netflix is available across the world. However, by using a VPN, you can unlock hidden titles and expand your media streaming library. Learn more about how to access the US version of Netflix, and also check out the best Netflix VPNs right now. 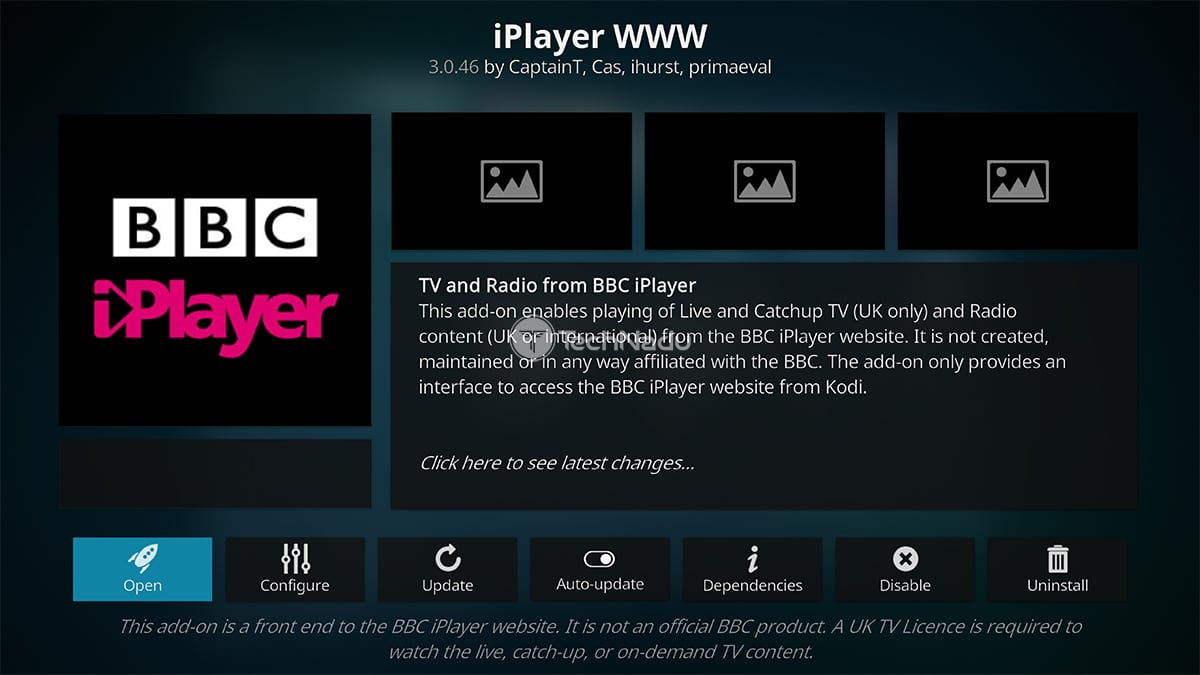 You might be surprised to see us recommending an addon that comes from the BBC. That’s because this broadcaster offers more than just TV shows and documentaries. And yes, you’ll find plenty of movies here – many of which are brand-new.

This broadcaster offers an online platform called iPlayer, available for everyone in the UK – and free of charge. And even more importantly, you’ll find a fully functional Kodi addon (called iPlayer WWW), bringing brings all of BBC’s content to your Kodi.

As you know, we’re talking about the best Kodi movie addons in this article. With this said, know that iPlayer WWW comes with a stunning collection of recently released movies. We’re talking about titles such as Revolutionary Road, Birdman, The Boy in the Striped Pyjamas, Romeo & Juliet, The Water Diviner, and plenty more. 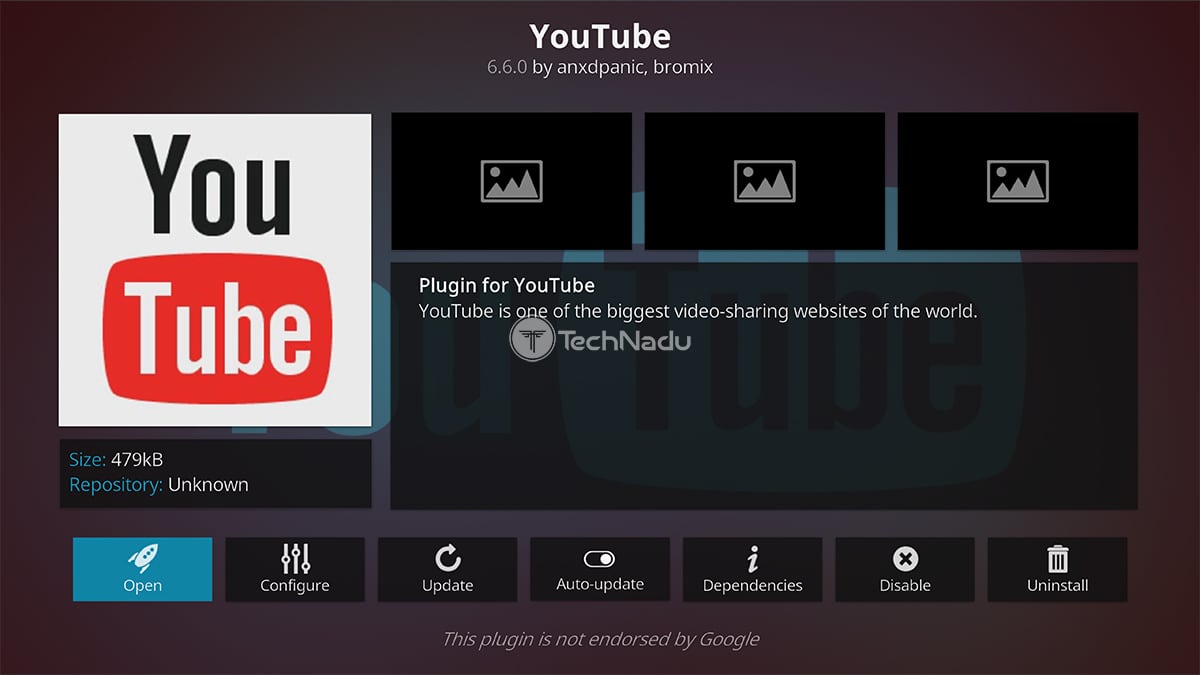 YouTube isn’t just about funny cat videos – this can be an incredibly powerful platform if you know how to use it right. As such, this is a rich source of content that you can access from within Kodi.

Considering that it has a fully-functional Kodi addon, you can take advantage of it to find full-length movies. As you can imagine, there are plenty of old movies here. However, YouTube also offers titles released in the past decade, so there’s a lot to watch.

It could be also said that the YouTube addon is one of the most popular addons among Kodi users. So, you can expect plenty of updates that improve playback performance and bring new features as well.

Lastly, the YouTube Kodi addon works great even on older versions of the application, and it’s certainly one of the must-haves.

If you want to access everything that YouTube offers, you’ll want to unblock its US version. This especially applies to those who want to watch movies for free. Learn more by checking our overview of the best VPNs for YouTube. 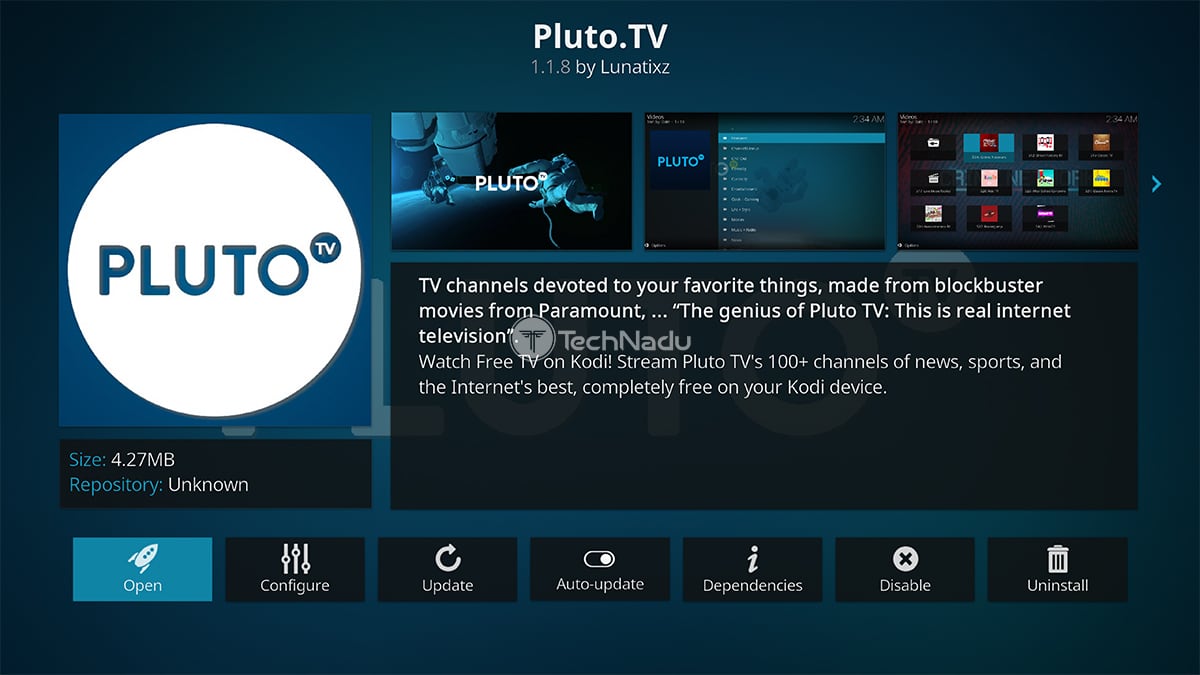 It’s true that Pluto.TV is primarily a TV streaming platform. Aside from offering a selection of free TV channels, it comes with its own ‘themed’ options as well. This means that you can use this addon like a cable TV plan.

In other words, you switch between different channels at any moment to check if there’s anything interesting to watch. As such, this is also a good solution for cord-cutters who’d like to rely on Kodi alone.

Aside from offering live TV channels, Pluto.TV comes with on-demand movies and TV shows as well. This isn’t the biggest movie library out there, but let’s not forget that it comes gratis. The interface is polished, switching between channels is fluid, and you can stream movies on-demand in up to HD. 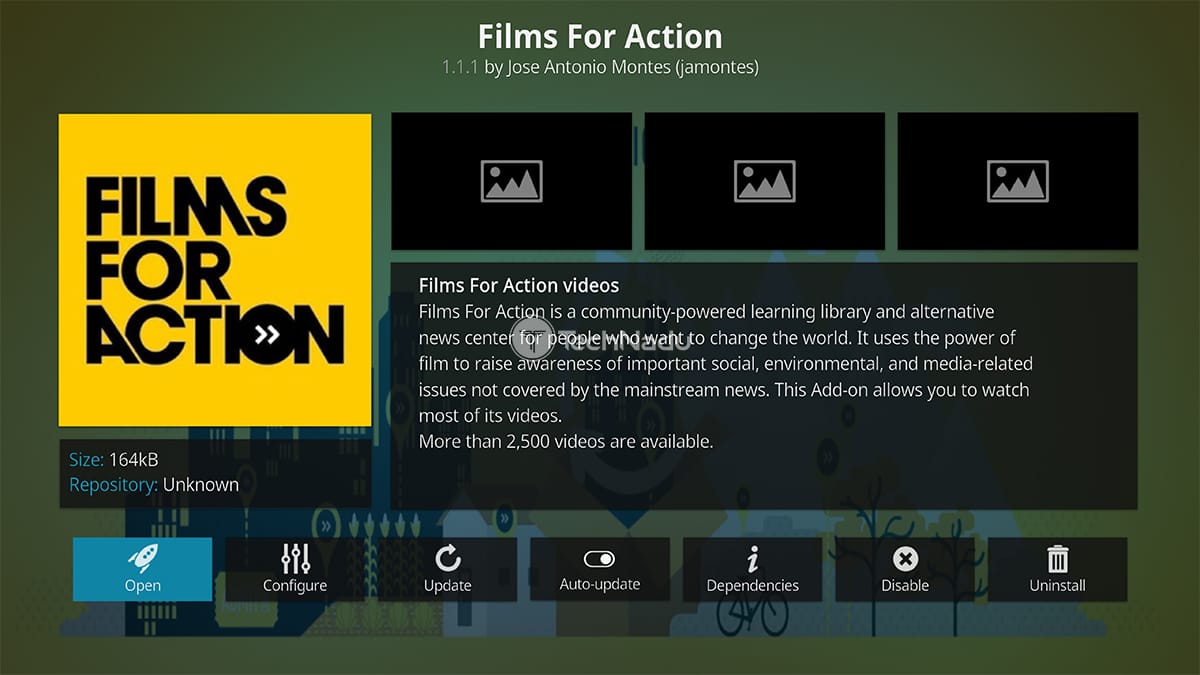 We have to admit that ‘Films for Action’ isn’t a typical movie Kodi addon. Instead, it’s about educational movies, produced by independent individuals and companies. Right now, it offers more than 4,500 titles, with documentaries taking the most prominent position.

However, ‘Films for Action’ isn’t only about documentaries. It’s about telling all kinds of stories, from many perspectives. And also, its content isn’t focused on a narrow range of topics. Instead, it explores everything from nature, economy, food, up to politics, human rights, and social issues.

We’d also like to note that ‘Films for Action’ works amazingly well. You won’t find any broken links here, as all of its movies seem to play just fine. And of course, there’s a constant influx of new movies, so there’s always something interesting to watch. 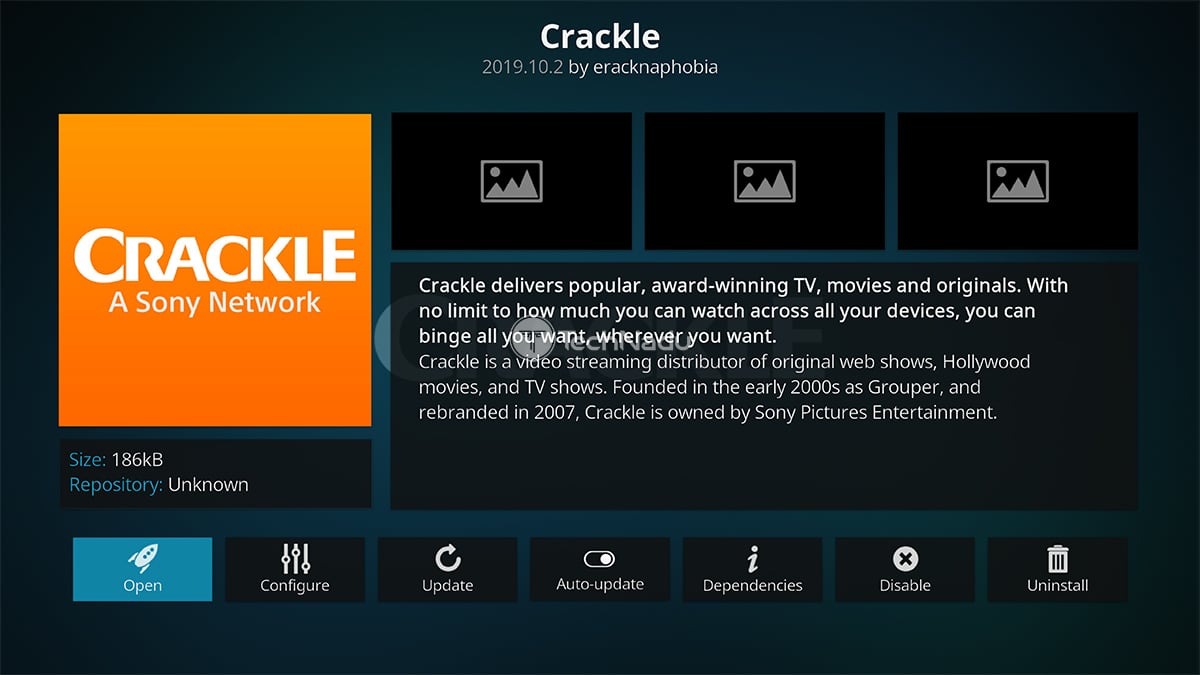 Once an independent movie streaming service, Crackle is now owned by Sony. The good news is that not much has changed, and this still is a free-of-charge platform.

However, what’s surprising is that you can find a fully-working Kodi addon that brings you all the benefits of Crackle to your large screen TV. Even though the addon might come with a few broken links here and there, this isn’t a major downside.

As you can imagine, you won’t find the latest blockbusters here. However, since Sony took over, we’ve started to see an increasing number of relatively new titles. This platform has been recently expanding to include original content as well, which is a positive sign of its future development. 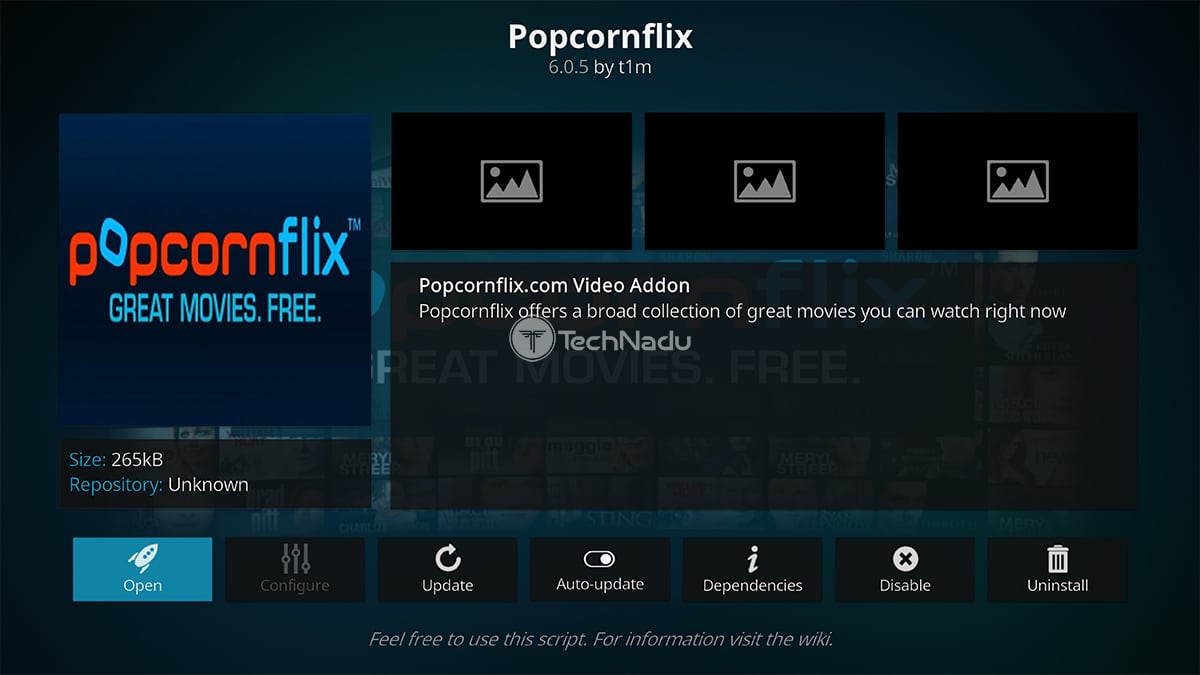 Launched nearly a decade ago, Popcornflix is an OTT service that comes completely free of charge. It’s supported by ads and it’s available on plenty of platforms, Kodi included.

By using this addon, you get access to an interesting vault of movie titles, many of which are considered to be the classics.

We have to say that Popcornflix has been working hard on improving its movie library lately. Today, there’s a nice selection of newer movies as well, such as Drinking Buddies, The Double, Tucker & Dale vs. Evil, The Void, Europa Report, and plenty more. And in case you like older movies, this is the place to be. 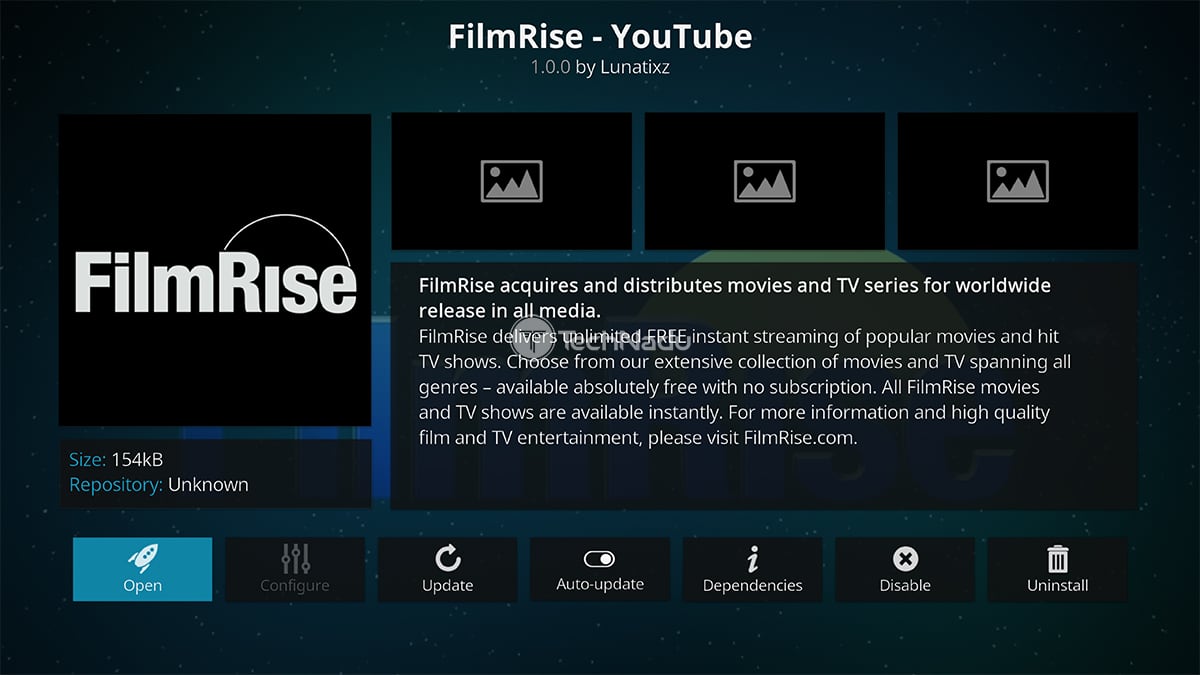 For the largest part, these are independent movies but you’ll also find some blockbuster gems here. Some of the most popular titles are Dahmer, Seventeen Again, Broken, An American Crime, The Proposition, and more.

Dear readers, that would be all when it comes to the best Kodi addons for movies in 2020. Don’t forget to post your comment below, in case of any questions. And also, don’t forget to share this article online. Thanks – and enjoy using Kodi!