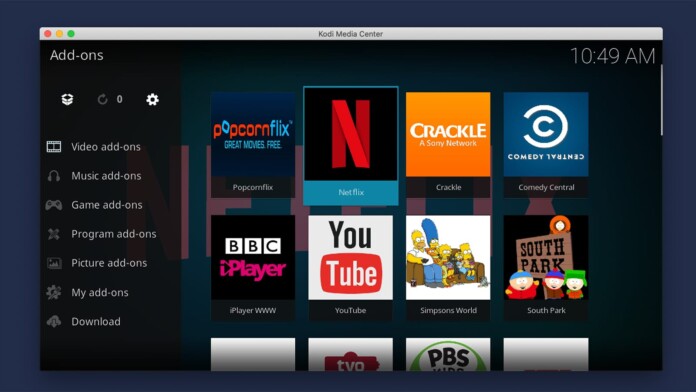 When watching TV shows, you want access to entire seasons – letting you watch everything in one go. Well, with that said, know that Kodi can meet your needs easily, as we’re here to point you in the right direction. So, let’s talk about the best Kodi addons for TV shows in 2021.

Know that we’ve done the hard work of testing countless Kodi addons, checking their content – and their functionality as well. With that said, we have found a group of addons that we believe will meet your needs. And yes, all of those are dedicated to hosting and streaming a huge number of both newly-released and classic TV shows.

We’d also like to say that the majority of the following add-ons come free-of-charge, which is yet another benefit that Kodi offers. And also, by integrating third-party services with Kodi, you can build a sizeable library of TV shows – without taking any space on your device’s storage.

Keep in mind that Kodi 19 ‘Matrix’ is the latest available version of Kodi (during the last couple of months, Kodi 19.1 and Kodi 19.2 were released, focusing on resolving bugs). However, if you haven’t updated Kodi yet, know that the latest version of this application breaks compatibility with a large number of add-ons.

You’ll need to wait for third-party developers to make their add-ons compatible with Kodi 19, which could take a while. We’ve seen some progress recently in the domain of add-ons from Kodi’s official repository. However, the situation is still very problematic for any add-on that comes outside the official Kodi repository.

With that said, if you plan on using plenty of addons, we recommend using Kodi 18.9 for now. That’s because downgrading from Kodi 19 to Kodi 18 can be a very tricky task to accomplish (even impossible in many cases).

Warning: Why you should ALWAYS USE a VPN with Kodi?

The above are the 2 reasons that forcing us to recommend a VPN to the Kodi users for safer streaming. In fact, after testing several VPNs for Kodi, we finally came up with a one non-stop solution and that is ExpressVPN, the top-rated Kodi VPN so far.

After plenty of testing and binge-watching, we’ve found the following 6 addons to be the best addons for watching TV shows on Kodi. Take a look just below.

Without any doubt, Netflix is among the most popular media streaming services in the world. It comes with a huge and ever-growing library of movies and TV shows – and all of these can be accessed via Kodi as well.

This is also the reason why we’ve featured the Netflix Kodi addon in our article on the best Kodi addons (overall). If you’re a subscriber to this streaming service, you’ll most definitely want to integrate it with Kodi, accessing a treasure trove of content.

Lastly, keep in mind that you need to have Netflix credentials ready before you start using this addon. In other words, this isn’t an official Netflix addon for Kodi (it’s unofficial, but it works without a hitch), and you can’t subscribe from this application.

Even though Netflix is available across the world, each country has access to a regional version. Some of these can be quite small, so you’ll want to access the US version of Netflix. With that said, check out the best VPNs for Netflix.

Next, we have an addon that serves content produced by the BBC. In case you didn’t know, we’re talking about numerous movies and TV shows that populate IMDb’s ‘Top 100’ Lists.

However, what’s interesting to mention is the fact that this broadcaster has decided to offer plenty of its content completely free of charge – and this is where BBC’s iPlayer comes into play. And the best thing is that you can use it on Kodi as well!

You must be wondering what you can find here? Well, you’ll find Doctor Who, EastEnders, Call the Midwife, Death in Paradise, MasterChef, and plenty more.

Besides award-winning TV shows, the BBC’s iPlayer comes with tons of documentaries and movies (including plenty of Hollywood blockbusters). So, without any doubt, this is one of the best Kodi addons for TV shows right now. Make sure to try it out.

Next, we have another free-of-charge Kodi addon. Don’t worry, we understand that many of you want to keep your budget under control, and Kodi can help you with this.

There are plenty of addons that come from various TV networks, serving the latest seasons of their TV shows. Once such addon comes from Comedy Central – and it’s one of the most content-rich ones.

This addon pulls its content from the Comedy Central website, where you can find clips, individual episodes, and full seasons of TV shows. We’re talking about titles such as Broad City, Awkwafina is Nora From Queens, The Daily Show with Trevor Noah, Inside Amy Schumer, and plenty more.

You can watch episodes as they come, and there’s an option to watch entire past seasons of some TV shows as well.

Now owned by Sony, Crackle is perhaps the most popular free streaming platform. As you can imagine, we’re not exactly talking about the latest titles, but Crackle has managed to create a library of numerous attractive options nonetheless.

In terms of the available TV shows, you can watch NewsRadio, Happy Endings, Firefly, Mad About You, The Tick, The Shield, and plenty more. Many of these are high-rated TV shows, and you won’t make a mistake if you decide to watch them.

To use Crackle on Kodi, all you need is the platform’s official addon. So, go ahead and visit Kodi’s official repository (by going to Add-Ons > Downloads) or search for the addon from Kodi’s home screen. Either way, you can install and start using Crackle in a matter of minutes.

Here we have another popular streaming service, also available for free. Popcornflix has been around for close to a decade, and it managed to grow into a highly popular platform.

However, we have to admit – this one puts movies first. Nevertheless, that doesn’t mean you won’t find plenty of TV shows. Titles such as Animal Tales, Kitchen Nightmares, Hell’s Kitchen, Queer as Folk, Hunter, and Penance give you a taste of what to expect.

The Popcornflix addon on Kodi works like a charm. Download the addon from Kodi’s official repository, and you can use it even without having an account. It allows you to check numerous categories, the latest titles, the most popular titles, and plenty more.

The final option on our list is none other than YouTube. Yes, this media streaming service comes with a fully-working Kodi addon where you can use your account as well.

That means you can transfer your lists of YouTube favorites to Kodi and then keep track of everything that’s new on those channels. You can even watch live streams.

It’s a known fact that several TV networks use YouTube to host their TV shows and individual episodes. Besides, you can always count on an endless array of videos by numerous YouTube creators, many of which have produced interesting Web-hosted TV shows.

How to Find & Install TV Shows Addons on Kodi?

Adding new addons to Kodi is easy – especially if you have someone to guide you. That’s why were are here, so check below for our step-by-step installation guide.

We made sure to give you a quick and helpful guide to installing addons from Kodi’s official repository. To take a much deeper look, make sure to click on the provided link – and you’ll find more in-depth information along with screenshots.

You should also know that you can install Kodi addons from GitHub (like the Netflix addon), and there’s a way to install addons for Kodi from ZIP files.

TV Show Kodi Addons Not Working? Here’s What to Do!

Kodi is a complex application, so it doesn’t come as a surprise that something can go wrong on occasion. With that said, if you see any errors when trying to install Kodi addons for watching TV shows, try the following.

For additional solutions, turn to our hands-on guide to troubleshooting Kodi. And in case you encounter performance-related issues, check how to stop Kodi’s buffering issues.

To ensure smooth performance and accessibility to any Kodi addon, we highly recommend using a VPN service. First, check out why VPNs are useful especially for Kodi users. And then, here’s our list of the best VPNs for Kodi, as well as our guide to installing a Kodi VPN in 2021.

Which Kodi Addons for TV Shows No Longer Work – or Have Shut Down Permanently?

Just like it often happens with “unofficial” Kodi addons, many previously popular Kodi addons for TV shows are no longer operational. Here are the names of those addons.

If you want to avoid wasting time on non-working addons, you’ll need a trustworthy guide. With that said, we recommend our central overview of the 60+ best Kodi addons in 2021.

Aside from that, we also recommend our overview of the best repositories for Kodi (where you’ll find nothing but legal and safe addons). And lastly, why not check the best Kodi skins as well?

This is where we conclude our list of the best TV shows Kodi addons in 2021. If you think we missed something, make sure to drop us a comment below. And if you’d like to keep exploring more about Kodi, the provided link will take you to our freshest articles. Thanks for reading – and enjoy using Kodi!