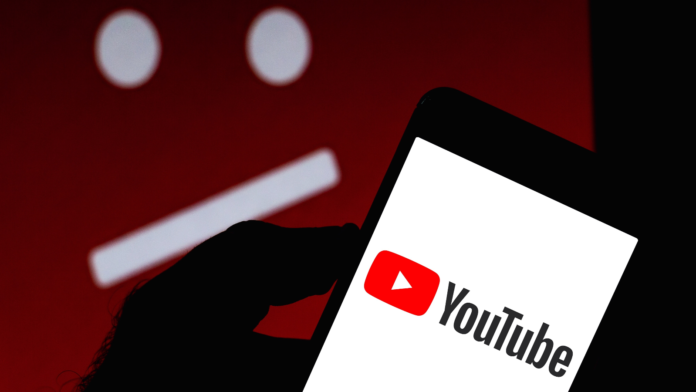 YouTube is the world's most popular video streaming platform, which (for the most part) comes free of charge. Just like other hugely popular online sources of information, there is some resistance toward this platform in a group of countries. So, what can you do if YouTube is blocked in your area? Well, there's one route to take - you need a capable VPN service. Don't worry, you've come to the right place. We'll tell you about the best YouTube VPN in 2020, so continue reading.

First, we'd like to share a few useful tips with you. We understand that you want to unblock YouTube and access this platform on a wide range of devices. This is why we'll recommend VPNs based on our hands-on testing, so you can be sure that you'll get to watch YouTube from anywhere on the planet. However, keep in mind that there are different reasons why this platform is blocked in your country. In other words, keeping your privacy intact is more important than you might think, so don't go for the first VPN you see.

A solution to your needs is a VPN with strong encryption and a number of VPN protocols. This way, you can fine-tune your experience, stream YouTube without any buffering, and make sure that you're anonymous online. With this said, don't forget to read our full reviews of the VPNs mentioned in this article.

OPTIMIZE YOUR VPN FOR YOUTUBE: Lucky for you, unblocking YouTube isn't an overly tough task - and many VPNs can help you with this. However, remember to dive into your VPN's settings and optimize this application based on your needs. In case you need the best possible protection for your data, use the OpenVPN protocol. You can contact your VPN's customer support team to learn how to optimize your VPN for YouTube.

ExpressVPN has put together a system that is actually easy to understand. It is one of the best performers among VPN services, which is one of the reasons why this is one of the best YouTube VPNs in 2020. Servers are located in just about every major country in the world, allowing you to easily unblock this platform from anywhere - while getting the best possible speeds.

ExpressVPN is based out of the British Virgin Islands so there is no jurisdiction for the NSA or other major intelligence agencies. This also means that ExpressVPN is a great option for privacy. In other words, this VPN ticks all the right boxes when it comes to the privacy of your Web data and unblocking a large range of media streaming services.

Then, we have another respectable VPN, called NordVPN. This one comes from Panama, and it's known for offering a range of advanced features at an affordable price. With this said, we're sure that many of you are going to decide to use this VPN.

NordVPN is among the VPNs with the highest number of servers. No matter where you're located, the chances are that you'll find a nearby server. As a result, you'll get incredible Web speeds. Then, there are more advanced options like a kill switch (shutting down your Web connection if it becomes unstable) and CyberSec (eliminates online trackers and ads). All in all, NordVPN is one of the most comprehensive VPNs out there.

Looking to get more information on this VPN? Head over to our NordVPN review.

Surfshark is a relatively new VPN service - but it's quickly becoming one of the most popular ones. That's because this is an all-in-one VPN, catering to the needs of a broad range of users. You get the best possible protection for your data, you can unblock YouTube and just about any other platform, and plenty more.

During the last couple of months, Surfshark has been busy building a number of unique features. It can now check whether your email address was exposed in a leak, and it offers its own privacy-first Web search engine. This VPN is affordably priced and it offers plenty of value - including an unlimited number of simultaneous connections.

Don't forget to read our full Surfshark review before reaching the final decision.

Our guide to the best VPN for YouTube wouldn't be complete without Ivacy. This is an incredibly capable VPN service known for its privacy-friendly features. You can also find it often recommended for streaming, considering that it unblocks pretty much any streaming platform out there - including YouTube, of course.

We're talking about a Singaporean VPN here, with the reputation for being incredibly secure. It's been on the market for many years now, without any leaks and without endangering the privacy of its customers. Overall, this is a good solution if you're looking to unblock YouTube, encrypt all your incoming and outgoing data - all while keeping your VPN expenses under control.

You can find plenty more information in our Ivacy review, so make sure to check it out.

Based in the USA, StrongVPN promises to unlock YouTube from any part of the world. While it has servers in a relatively lower number (close to 30) of countries, StrongVPN makes up with a privacy policy that's highly user-friendly.

One of the best things about this VPN is its price - as it's more affordable than comparable VPNs, especially in the long-term. It comes with a set of strong VPN protocols, has no previous incidents or data leaks, and can easily unblock YouTube. Their support team is always on point resolving issues and providing great support. That is especially relevant because the interface can be intimidating to first-time VPN users.

Don't forget to dive into our review of StrongVPN to learn the specifics.

Want to learn more about using a YouTube VPN? In case you do, make sure to keep on reading - as we'll answer some commonly asked questions. So, let's jump right in.

At the moment, YouTube is blocked in China, Iran, Turkmenistan, South Sudan, Sudan, Tajikistan, Syria, North Korea, and Eritrea. The only way you can access YouTube in these countries is by using a proven VPN service.

Many VPNs work with YouTube, allowing you to access this streaming service from anywhere in the world. However, make sure to use a VPN with a long history of unblocking YouTube and protecting your privacy at the same time, such as ExpressVPN.

To unblock YouTube with the help of a VPN, you need to go through the following steps:

Yes, you can use a VPN to unblock YouTube TV as well - but you'll need to be very careful about which one you pick, as only a handful of VPNs can help with this. For additional information, we recommend our full guide on how to watch YouTube TV outside the USA.

You'll find a range VPNs that come free of charge, but trust us - none of those will help you unblock YouTube. They simply don't have the capacity for this task, as they impose bandwidth limitations. The only way to go is by using commercial VPNs, like ExpressVPN.

So, we've reached the end of our guide to the best VPN for YouTube. In case you have any additional questions, make sure to drop us a comment below. We'll do our best to come up with a response in a timely manner.