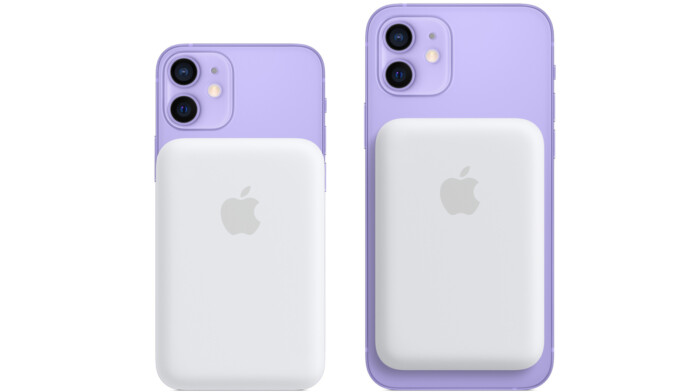 The MagSafe Battery Pack that Apple released last week, pricing it at $99, has failed to impress reviewers with its styling, bulkiness, slow charging speeds, and tiny capacity. While some of these elements are debatable or even understandable considering that Apple’s engineers had to incorporate a wireless charging circuit in the pack, the actual capacity of it makes the case of investing in the device pretty illogical.

According to the following teardown video from YouTube channel "Charger Lab," the total capacitance of the cells inside the pack makes up for only 1,460 mAh, which is enough to provide a charge between 35% and 60%, depending on which iPhone model you’re using.

Sure, the battery pack implements the MagSafe system properly, ensuring that alignment is correct at all times. It comes with some handy features like the ability to wirelessly charge your AirPods, full iOS 14.7 (and later) integration, and it also unlocks iPhone 12’s reverse wireless charging system - but are these enough to spend $99 on the item?

With a capacity of only 1,460 mAh, the usefulness of this otherwise premium product is doubtful, to say the least. Add to that the natural diminishing of the capacitance over time, and you’ll soon be carrying a small brick around you that gives you 25% of charge at best and one that does so painstakingly slowly.

Wouldn’t it be better to buy a wired power bank that has a lot more power and is probably slimmer and easier to pocket, even with the additional cable? If you absolutely need a MagSafe Battery Pack for comfort, there are better offerings in the market like the 5,000 mAh "HyperJuice" from Hyper, which costs $40, or the thinner "span+ juice mini" from Morphie, which also has a capacity of 5,000 mAh and costs $50. Anker is also making one called "PowerCore Magnetic 5K," featuring a 5,000 mAh battery inside, selling it for $45.

All of these third-party manufacturers picked a 5,000 mAh cell because anything smaller wouldn’t be enough to fully charge the iPhone 12 and 12 Pro. They see no point in carrying a battery pack around if it can’t do that, and we wouldn’t disagree. Considering how most Apple fans think and buy, though, maybe they’ll just get multiple packs and swap them when needed. And by the way, to charge the empty ones, you will still need to use a lightning cable (not included), as no wireless charging is supported by the MagSafe Battery Pack.