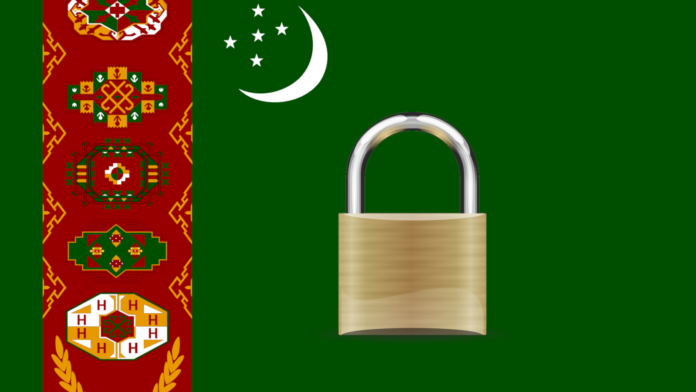 Turkmenistan has started targeting VPN applications since 17 January, switching off the internet services for devices of people that used these tools. The locking occurs on the SIM level, while the Google Play Store that contains all these apps is also blocked so users can’t access VPNs anymore. Residents of Turkmenistan have been using VPN apps to access popular social networks and messengers that are otherwise prohibited in the country, but the country’s Ministry of National Security has decided to put an end to this practice.

As a result, VPN searches in Turkmenistan have increased by about 600% over the last week, as people try to find a way to access Facebook, Twitter, YouTube, Instagram, and WhatsApp. The government of the country has not issued an official explanation, nor have they admitted that they have initiated an aggressive crackdown against VPN users. Some assume that the situation is merely the result of a powerful storm that hit the country in the previous week, causing internet service outages, while others blame the augmented border tensions with Afghanistan.

However, these scenarios are unlikely to be the case. Turkmenistan has been actively trying to censor and control the internet activities of its citizens, and the use of VPNs and proxies are not something new. The only telecommunications provider is Turkmen Telecom, which is a state-owned and controlled company. The country’s communications infrastructure is considered to be the least developed of all CIS states, while the Human Rights Watch places Turkmenistan as one of the world’s most repressive countries, with internet access being subject to draconian restrictions. All that said, storms and border tensions that may undermine the technical integrity of the communication services pose more as excuses rather than the real reasons.

Counting a full week of blocks today, the total cost impact of “netblocks.org” is set just shy of $24 million. Those who change their SIM chip to re-access the blocked domains through VPN services are contingent to be summoned by the authorities, a practice that has been going on since 2017. Still, the officials have never admitted that any blockages are in place, trying to communicate a fake image outside the country. The Freedom House, however, an independent watchdog organization, is giving a clear idea of what is going on in the country, giving it a “not free” status with an aggregate freedom score of only 4 out of 100! 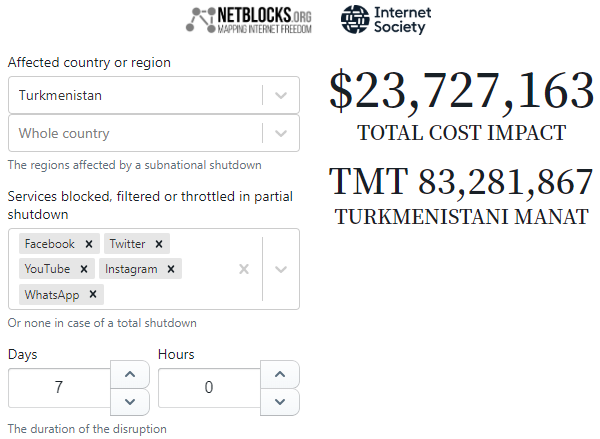 Do you believe that free internet access should be guaranteed as part of human rights for all people, no matter their country of residence? Let us know of your thoughts in the comments below, as well as in our socials on Facebook and Twitter.