How to Watch The Princess Online From Anywhere: Stream the Princess Diana Documentary 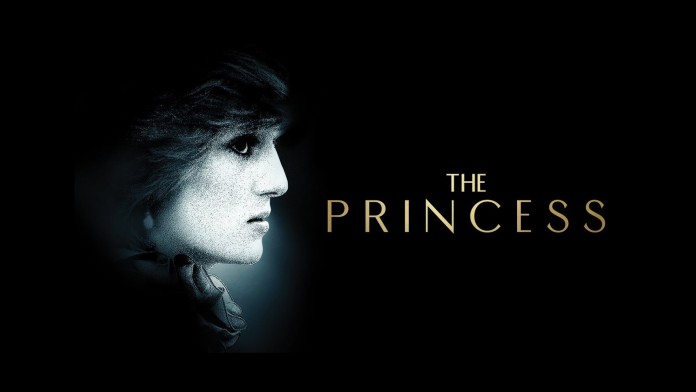 A new Princess Diana documentary is set to premiere soon, and you will be able to stream it online quite easily, just like you do with all your other content nowadays, even on the go or while traveling. We have all the details you may be looking for, including the premiere date, cast, plot, and the name of the service where you can stream it, so let's see when, where, and how to watch The Princess online from anywhere in the world.

The HBO Original documentary film The Princess is an intimate and immersive look at the life of Princess Diana, directed by Academy Award nominee Ed Perkins (Black Sheep, Tell Me Who I Am) and produced by Lightbox, Academy Award-winner Simon Chinn (Man on Wire, Searching for Sugar Man) and Emmy-winner Jonathan Chinn (LA92, HBO’s Tina).

The relationship of Diana and Charles, the Prince and Princess of Wales, was tabloid fodder for nearly two decades, the subject of almost daily headlines in the 24-hour news cycle. The Princess draws solely from contemporaneous archival audio and video footage to take audiences back to key events in Diana’s life as they happened, including their seemingly fairy-tale public courtship and wedding, the birth of their two sons, their bitter divorce, and Diana’s tragic and untimely death on August 31, 1997.

Intensely emotional, The Princess is a visceral submersion into Diana’s life in the constant and often intrusive glare of the media spotlight. The film unfolds as if it were in the present, allowing viewers to experience the overwhelming adoration but also intense scrutiny of Diana’s every move and the constant judgment of her character. Through archival material, the film reflects society at the time, revealing the public’s preoccupations, fears, aspirations, and desires. The film's debut coincides with the 25th anniversary of Princess Diana’s tragic death.

HBO Documentary Films presents The Princess, in association with SKY, produced by Lightbox. The Princess had its world premiere at the 2022 Sundance Film Festival.

The Princess Diana Documentary film will premiere on Saturday, August 13 at 8 pm ET on the HBO network and the HBO Max streaming platform. New content usually lands on streaming services right after midnight PT (3:01 am ET).

How to Watch The Princess Online From Anywhere

It is super easy to stream your favorite movies and series online, thanks to the many live TV and streaming services available in your home country nowadays. However, since almost all of them are geo-blocked abroad and in some states within the borders, you may lose access when traveling. The most efficient solution to lifting the restrictions is to use a VPN subscription to watch The Princess online. VPNs let you change your virtual location and trick the platforms by making it seem like you are back home.

If you want to easily unblock several streaming platforms, such as HBO Max, Hulu, Amazon Prime Video, Netflix, and others, we recommend you go for ExpressVPN since it's one of the most popular VPNs on the market right now, with millions of subscribers. Besides fast and stable connections through thousands of VPN servers worldwide, this tool has strong encryption protocols, no activity or connection logs, and no bandwidth caps. Plus, you can try ExpressVPN for 30 days RISK-FREE thanks to its no-questions-asked money-back guarantee.

To get started, head over to the company's website and create an account, which only takes a couple of minutes. If you select the annual plan, you can also enjoy a significant discount when you subscribe to ExpressVPN (49% discount and 3 months FREE). Enter the requested information, see the payment through, then download and install the native app for your device or system. After that's done, open the VPN app, and pick a server from an area back home to switch it on. Lastly, load the streaming platform to watch The Princess online from anywhere after it premieres on the service.

How to Watch The Princess Online in the US

The Princess is an HBO original title, so you will be able to see it on TV when it airs, but also stream it on the HBO Max platform on its own or as an add-on that comes with some live TV and streaming services. Let's see what options you have right now.

How to Watch The Princess Without Cable:

As we mentioned above, you can watch The Princess online on the HBO Max streaming platform, where prices start from $9.99 a month with an ad-supported tier. If you'd rather lose the commercials, you can choose the second tier, which is $14.99 per month or $149.99 per year. You can also subscribe via Apple, Google Play, and Roku or log in with your TV provider credentials.

If you live in the United States, you have a few alternatives to watch this documentary, and we are talking about the third-party streaming services that let you select HBO Max as a premium add-on.

You will pay $14.99 per month on top of the service subscription to watch HBO Max through the Hulu On-Demand service, which has an ad-supported plan for $6.99 per month and an ad-free plan for $12.99 per month. Both have a generous 30-day free trial on Hulu. You will get the ad-free version of the HBO Max add-on and a 7-day free trial.

HBO Max is also available as a premium add-on for $14.99 per month when you subscribe to the YouTube TV streaming platform, and it comes with a 7-day free trial. The service has a single pack that costs $54.99 a month for the first three months, then it's $64.99 a month and offers a 14-day free trial for new customers.

The HBO Max Premium add-on network costs $14.99 per month to add to your DirecTV Stream subscription, but you get an HBO Max 3-month free trial with this live TV and streaming platform. Plans begin at $69.99 per month, and there is a 5-day free trial on DirecTV Stream.

If you're traveling away from the US, keep in mind that all streaming services have geo-restrictions in place. To watch the Princess while traveling, use a powerful VPN and set it to a server from back home. More details are in the segment above.

How to Watch The Princess Online in the UK

You probably know by now that Sky TV hosts tons of HBO content on Sky Atlantic and Sky's NOW streaming service if you live in the United Kingdom. This means you may find The Princess here, but we have no official announcement. The subscription prices start at £9.99 per month for the NOW platform, and there's a 7-day free trial for all new customers.

If you want to watch the title while traveling, you will not be able to access the streaming services since they are geo-restricted. To turn things around while abroad, so you will need to resort to a good VPN solution and run it using a VPN server from a region back home.

How to Watch The Princess Online in Canada

If you live in Canada, you will be happy to know that The Princess will be available to stream online on August 13 on the Crave streaming platform. This service offers HBO Max, HBO, and also Starz, and Showtime are included in the subscription price of $19.99 a month. Moreover, you get a 7-day free trial if you're new to the service.

If you're traveling away from Canada when the documentary lands, you will need to lean on a VPN tool since this service is geo-restricted abroad. Just pick a server from back home and turn it on before accessing the streaming platform.

How to Watch The Princess in Australia

In Australia, you will be able to see Oscar-nominated filmmaker Ed Perkins's film in cinemas starting August 11. When it comes to streaming, the Binge streaming platform usually has HBO content, and you will find a few Princess Diana documentaries here, but the latest one does not have a premiere date in Australia. Prices start at $10 a month, and new customers can enjoy a 14-day free trial.

Since these services signed licensing deals, you may need to rely on a good VPN to lift the geo-restrictions you may encounter if you're traveling away from Australia. The only thing you need to do is set it to a server from an area back home and turn it on.