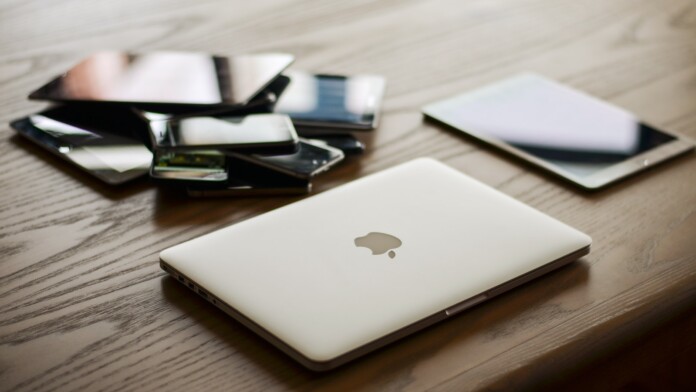 Most top-tier VPNs nowadays have a no-logging policy in place. In short, this means no personally identifiable information about you is stored on their servers. Some no-logs VPNs take it one step further and don’t even record non-identifiable information that’s used for network troubleshooting. That being said, how do VPNs that have a device limit keep track of how many devices are logged into a single account?

Doesn’t that involve logging some information that helps them maintain account limits? Well, not exactly – and it doesn’t make your VPN provider any less trustworthy. Scroll on for some further clarification on no-logging policies and how some providers impose device limits.

The Biggest Misconception About No-Logs VPNs

It’s true that your personal data is not kept around, as it would be a privacy risk if a government suddenly decided to seize a VPN server. See what happened to ExpressVPN a few years back during the Andrey Karlov investigations.

However, your data still needs to pass through your provider’s servers at some point. As such, “no logging” doesn’t mean nothing is monitored at all, or at least kept for a couple of minutes before being deleted forever.

Even providers with the most stringent no-logs policies may use device information such as:

On their own, they’re enough for troubleshooting and analytics purposes, but not enough to reveal anything about your identity. Moreover, these identifiers are usually not kept in a format that could be somehow linked to your device.

For example, here’s what CyberGhost VPN does with hardware-related data, according to their support reps:

We read some data related to the hardware you are using, but this data is transformed into an MD5 hash, which makes them totally anonymous and can not be traced back to the users.

We’ve also asked nine other providers what device information their VPNs collect. As expected, many of them also give you the ability to disable data collection entirely. Some of the best VPN providers have also switched to RAM-based servers. RAM data is automatically deleted when the system is powered off, making it a much better solution in case of sudden government seizures.

Returning to our original question: how do providers keep track of your devices without sacrificing your privacy in the process? We’ve asked an ExpressVPN support rep, and this was their answer:

When a device makes a request to connect to the VPN, it uses the authentication method (code or username/ password). This tells our VPN server that the request is genuine. However, if that same request happens the 6th time, we disallow it.

We collect information about whether you have successfully established a VPN connection on a particular day (but not a specific time of the day), to which VPN location (but not your assigned outgoing IP address), and from which country/ ISP (but not your source IP address).

This ensures you can’t fall victim to a traffic analysis attack by a hacker or a government spy agency – and should be the standard practice when it comes to VPNs with a device limit. Of course, be sure to check your VPN’s terms of service if you have any doubts about their data collection policies.

VPNs Without a Device Limit

Still worried that’s too much data gathering for a no-logs VPN? There are providers out there that allow an unlimited number of connections on a single account, so they have no need to track that either. Here are some that we are aware of:

First on our list of the best VPNs of 2020, Surfshark supports an unlimited number of devices per account. Excellent for people with lots of gadgets or large families, especially since their app is user-friendly and compatible with most major operating systems.

Privacy-wise, they’re based in the British Virgin Islands, meaning they’re outside the jurisdiction of the 5/9/14 Eyes alliances – which are known for their overreaching surveillance programs. If you’re concerned about privacy first and foremost, this is the way to go. Check out our Surfshark review for the full details.

Another provider that doesn’t limit how many devices you can link to an account. Unfortunately, IPVanish are based in the US, which is one of the major players in the 5 Eyes intelligence-sharing alliance.

They’ve also been known to go against their no-logging policy while under the previous ownership. However, they’ve since been acquired by J2 Global and have not given any indication of breaking their no-logs policy. Here’s our full review – it’s up to you to decide whether they’re trustworthy.

A smaller provider based in Moldova, well outside the intelligence-sharing alliances mentioned above. Of course, the small network means you have fewer choices when it comes to VPN server locations.

Still, our review shows that it performed well at unblocking major content platforms – good news for streaming fans who also want to maintain a certain level of privacy online.

So, Should I Trust VPNs With a Device Limit?

Having a device limit doesn’t make a VPN any less trustworthy than those that allow unlimited parallel connections. What you should do, however, is research your provider beforehand. Jurisdiction, any past privacy issues, checking out their data collection policy in their terms of service, online reviews, and so on.

That’s your best bet at finding a VPN provider that’s worth their salt. It can be a headache sometimes, but hey – you only need to do it once.