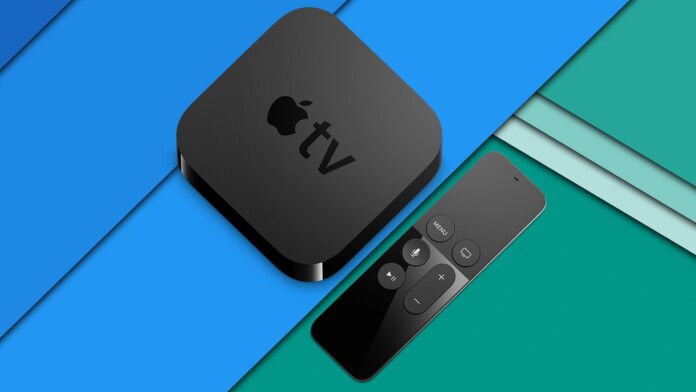 Aside from offering a highly polished interface, plenty of apps, and access to thousands of streaming sources, Apple TV devices are also the best way to enjoy Apple's own media streaming service. However, there's no way to hide the fact that these streamers come with certain limitations. This article is perhaps the best proof of that, as well as the proof of how those limitations can be minimized. As you already know, we'll be talking about the best VPN for Apple TV in 2021, so here's everything that you need to know.

First of all, you should know that there are hundreds of VPN services online - each offering a highly enticing set of features. However, not many of them actually do what they say on their box. After testing and reviewing a huge number of VPNs, we know which ones unlock your Apple TV and unleash its full potential. With this said, know that we've prepared VPNs suitable for different needs, priorities, and budgets - so make sure to closely read the following descriptions.

Also, one more note. We know that many of you want a VPN for Apple TV that can unblock a number of media streaming services. Don't worry, we got your back. All of the following VPNs can be great options for media streaming, but they also bring high-end encryption, top-level VPN protocols, and they make sure that your private data never leaves your Apple TV. So, you won't make a mistake no matter which one you pick - but pay attention to their details to find the one that's aligned with your needs in the best way possible.

Even though the latest-generation Apple TV comes with tvOS and the ability to install individual apps - you can't install a VPN directly. However, you can overcome this limitation of Apple's ecosystems by installing a VPN on a router. With this said, all of the following VPNs are compatible with a broad range of routers, giving you an easy option to cover your Apple with a VPN connection.

ExpressVPN is arguably the best VPN provider for users in search of a satisfactory Apple TV experience because it has every tool or resource you may need. With this VPN, you can even buy a pre-flashed router, which is perhaps the easiest way to enjoy the benefits of VPN services on your Apple TV.

ExpressVPN also develops its custom router firmware for compatible devices, if you don’t want to purchase their pre-flashed router. Outside of those traits, this VPN is known for being one of the best VPNs for unblocking content, with amazing speeds, more than 3,000 servers around the world and accessibility to the content of 90+ nations, one of the highest numbers in the industry.

It also has a 30-day money-back guarantee, a fantastic customer and support service, no logs of your activity and allows P2P traffic without any issue, in addition to other exciting features such as DNS leak protection and a kill-switch. For more information, don't forget to read our full ExpressVPN review.

Learn: How to Download, Install and Use ExpressVPN on Apple TV

NordVPN is an alternative to ExpressVPN that can offer you similar assistance to accessing online content from other locations different than yours with an Apple TV. It has a feature called SmartPlay, which is a DNS proxy resource to help you to unblock restricted channels abroad. You can use SmartPlay as a different tool than your NordVPN encryption, but you need to use a NordVPN guide to implementing the DNS proxy.

NordVPN can facilitate the Apple TV experience for you by selling pre-flashed DD-WRT routers that already come pre-configured with everything you need to unblock content with your tvOS-powered set-top box. In addition to all of the help previously described, NordVPN has a 'knowledge base' to help you solve inquiries and doubts, for example, if you need to know which servers are faster or work better with each device or operating system.

All in all, NordVPN is a quality choice if you are looking to gain a hold of TV shows and movies from other latitudes. In addition, it also features a set of highly capable features – making it one of the best VPN for Apple TV. And as always, read our NordVPN review for more information.

Even though Surfhsark is one of the newer VPN services, we believe it's currently one of the best ones on the market. This is a highly user-friendly VPN service that's not perfect only for your Apple TV, but for your computer, tablet, smartphone, and more. That's because Surfshark VPN can be installed on an unlimited number of devices, which is something we don't see often.

Of course, the best way to use Surfshark with your Apple TV is to install the VPN on a router. This is an easy possibility as OpenVPN is involved, which means that pretty much any VPN-compatible router will do the job. Then, you can take advantage of this VPN's high-end features, across all of its supported platforms.

It should also be mentioned that Surfshark has more than 3,000+ servers in more than 60 countries. Pretty much any country where Apple TV is supported can be found on this list, and then some more. To see what's behind the scenes, here our full hands-on Surfshark review.

TorGuard is, without a doubt, one of the best VPN for Apple TV fans all over the world. This VPN client is very user-oriented, in the sense that it has videos, tutorials and instructive manuals explaining to customers how to use, install and set up Apple TV with the robust encryption and protection that only TorGuard can provide.

You will be able to watch video content on your Apple TV that is only accessible with TorGuard, with the AirPlay Mirroring feature of your Apple TV. The very own VPN provider explains to you how to achieve this without much hassle. TorGuard, like most of the top VPN brands mentioned in this overview, also sells VPN-powered routers to use with this digital media player.

TorGuard currently has more than 3,000 servers worldwide, covering many markets where Apple TV is available. In addition to all of the help that it can provide, TorGuard can let you connect eight devices simultaneously. It also supports torrenting, has a strict no-logging policy, and has full DNS leak protection, among other services. So, if you're interested in this VPN, here is our complete TorGuard review.

We understand that the situation surrounding VPNs and Apple TV can be somewhat complicated. Therefore, we'll try to answer all your questions - by answering some of the most frequently asked queries.

Can You Put a VPN on Apple TV?

No, you can't install VPN applications on your Apple TV. For this purpose, we recommend installing a VPN on your router. However, you need a VPN router for this purpose, as only select models provide you with the ability to install and run VPN services.

Don't worry, the process of installing a VPN on a router isn't a highly complicated one. Once you decide on which VPN you'll get, and once you obtain a VPN-compatible router, your VPN service will offer detailed instructions on how this procedure is done.

Can You Install VPN Apps on tvOS?

It's true that tvOS comes with its own app store - giving you a chance to install a huge number of highly polished and highly capable apps. However, VPN applications can't be found on the tvOS App Store right now, and we don't know if that could change in the future.

How Do I Use a VPN on Apple TV?

As mentioned earlier, VPNs can't be installed directly on your Apple TV. Therefore, you'll need to install and run them on your router. This means that any device connected to your router will be protected automatically, and this includes your Apple TV.

This is also the most convenient way to use a VPN, as you can protect your entire household at once. And when it comes to Apple TV, once the VPN connection is active, you can continue using it like you usually would - as VPNs don't change your usual interaction with your media streaming device.

How to Change the Region on my Apple TV?

If you want to download tvOS apps available outside of your country, you need an Apple ID associated with the country where those applications are available. In other words, you need to create a new Apple ID, sign-out of your existing Apple ID on your Apple TV, and then log-in using your new credentials.

Once you create a new Apple ID and log-in, it's recommended to use a VPN. You need to be connected to a server in the country that's associated with your Apple ID. This will allow you to download and use apps like you're in a completely different location.

Can I Use Apple TV Abroad?

In case you're moving abroad, you can continue using your Apple TV. If you're moving outside of the USA and still wish to access the content available back home, you need a U.S. Apple ID account with a U.S. billing address. Therefore, don't delete your Apple ID (if you already have one that's set to this country) and don't make any modifications to it.

Once you move, you'll need a VPN for Apple TV. Activate the VPN, log-in using your existing Apple ID, and you'll get to use your media streaming device just like you're back home.

Dear TechNadu visitors, that would be all on the best VPN for Apple TV in 2021. We hope that you've found this article to be helpful - and that you'll get one of the VPNs we've recommended here. Enjoy using your Apple TV!