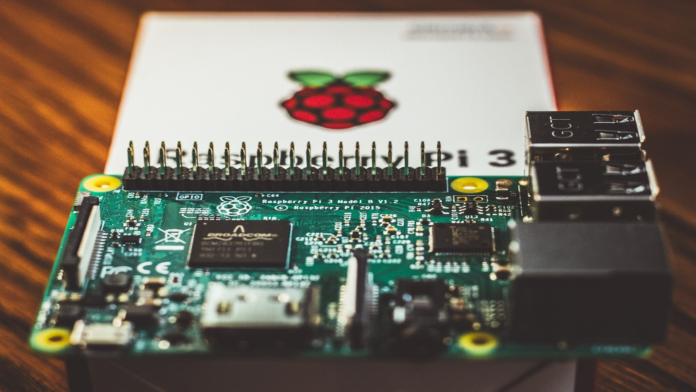 Raspberry Pi's are inexpensive and portable computers that you can use for a variety of cool projects - a tinkerer's dream. However, being an Internet-capable device means they're also vulnerable to hacking and data harvesting by ISPs and governments. Fortunately, we've put together a list of the five best VPNs that will secure your network data on Raspberry Pi.

And if you're new to the whole VPN on the Raspbian scene, here's how to set up a VPN on Raspberry Pi for good measure. Note that the setup guide uses ExpressVPN as a base, which is the first provider we'll be covering on our list. You can find individual setup guides for each of the other VPNs on their main website.

ExpressVPN has compatible apps for pretty much every platform out there. Windows, macOS, Android, iOS, and Linux - so naturally, they've made their app work on Raspberry Pi's flavor of Debian, Raspbian. Alternatively, you could just install ExpressVPN on a compatible VPN router and benefit from VPN protection and unblocking capabilities on all your home gadgets.

Performance-wise, ExpressVPN is one of the best VPNs on the market. Especially useful for the relatively underpowered Raspberry Pi. The lightweight Lightway protocol provides strong security without sacrificing speed. The decently sized (94 countries), widespread server network guarantees speedy connections anywhere in the world.

While the app doesn't feature a graphical user interface (GUI), the commands are intuitive enough. You won't be left scratching your head about which command does what, that's for sure. And if you're still lost about what to do, ExpressVPN's 24/7 live chat will be there to help.

Take a look at our full ExpressVPN review, where we cover any other details you might be interested in - speed tests, privacy matters, extra features, and more.

2. Surfshark - Secure All Your Devices

Not only will Surfshark VPN secure your Raspberry Pi project, but you can use it on all your home devices. How so? Well, there's no limit to how many VPN-capable gadgets you can link to a Surfshark account. You and your friends or family can split the cost and share a long-term subscription for a perfectly capable VPN.

Their Raspbian app commands aren't the most intuitive out there, especially if you're a beginner. Fortunately, their website features helpful instructions on what everything does. Or you could just use sudo surfshark-vpn help to print a list of all available commands.

Connection speeds are decent but still fall behind competitors like ExpressVPN and NordVPN. Understandable, considering both of them are titans in the industry. Still, Surfshark is rapidly catching up, and their lower price point more than makes up for the difference in performance.

Our Surfshark review covers anything we've left out here, so make sure to check that out for the full scoop.

If speed is your number one priority, NordVPN should be your number one choice. They've topped the AV-Test list for the fastest VPNs, and they haven't done too shabby during our tests either. NordVPN has developed their WireGuard-based NordLynx protocol with Linux in mind, and it shows. It guarantees a lightweight but highly secure browsing and streaming experience, even on Raspberry Pi.

Unfortunately, their app doesn't have a GUI (as with most options on this list), so you're stuck using command lines. At least they've made things a bit more convenient by having the app auto-complete commands as you type.

Ads bugging you while browsing the Internet? Enable their CyberSec feature for an effective way to block them. It also prevents known malware and phishing domains from opening, so that's a plus for security.

Check out the complete analysis of NordVPN and their services in our full review.

When you hang around Raspberry Pi forums or related subreddits for long enough, you start to notice that every other poster uses their Pi as an always-on torrent box. Usually with Deluge or similar torrent clients. It makes sense, too, as you can keep seeding your torrents 24/7 while keeping power consumption to a minimum. There is no need to keep a full rig online when a Pi works just as well for a fraction of the cost.

If you're one of those people, CyberGhost VPN is a great option for Raspberry Pi, thanks to their long list of P2P-friendly servers. That, and the fact that they're based in Romania, which is pretty lax when it comes to enforcing copyright laws. Obviously, that doesn't give you free rein to start downloading illegal torrents. There are plenty of legal torrent sites out there for you to explore, though.

Their server network is among the fastest out there, so look forward to speedy streaming, torrenting, and browsing. The CyberGhost VPN app also blocks ads and malicious domains. On top of that, the app enforces HTTPS connections everywhere without the need for extra extensions.

As always, feel free to take a look at our full CyberGhost VPN review for a more in-depth look at their services.

Raspberry Pi's are best known for their cheap price point, portability, and flexibility. Not so much for their amazing performance, though. As such, you'll need a Raspberry Pi VPN with a huge network to reduce the risk of ending up on an overcrowded server. Thankfully, PIA users benefit from over 35,000 servers, many of which are located in the US.

Another thing that makes PIA one of Raspberry Pi's best VPNs is its own GUI for Raspbian. That means you don't have to constantly fiddle with text commands, leaving you more time to enjoy your bite-sized entertainment system.

PIA's no-logs policy has been successfully tested in court twice, so you never have to worry about your network activity falling into the wrong hands. Moreover, it also has a built-in ad- and tracker-blocking solution (PIA MACE). Helpful for decluttering web pages if you've turned your Raspberry Pi into a compact handheld device, for example.

Keep an eye out on our PIA review for an in-depth look at their features.