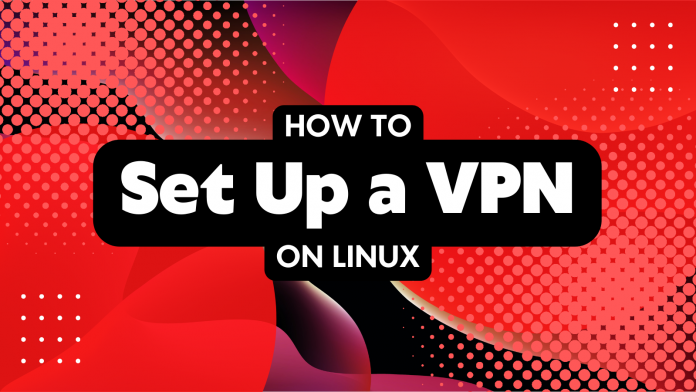 In comparison to other operating systems, Linux appears to be a more privacy-friendly option out of the box. However, you still need a VPN if you wish to prevent tracking and safeguard your privacy. That's why we'll show you how to set up a VPN on Linux in several ways.

There are many ways to install a Linux VPN, but it all comes down to 3 methods. You can use a VPN app (a command-line-based app in most cases) supplied by your VPN service, stick to Ubuntu’s Network Manager, or rely on Linux's Terminal to set up an OpenVPN connection.

If you wish to automate your VPN protection, we recommend using a native app, the easiest way to go. Ubuntu's Network Manager also does a great job of simplifying the process of installing a VPN on Linux. Lastly, the method involving the Terminal is best-suited for more advanced users.

Ready to learn how to install any VPN on Linux? If you are, keep reading!

How to Set Up a VPN on Linux

Finally, here are the 3 best ways to set up a VPN on your Linux machine:

You need a VPN that provides a Linux application to go through this method. Various types of apps exist, but you'll most likely get to use a command-line-based app. Here's exactly what you need to do:

1. Subscribe to a VPN that offers a native Linux app. We recommend ExpressVPN. (You can try it risk-free for 30 days.)

4. Pick "Linux" on the right-hand side in the "Set Up Your Devices" section.

5. Pick your version of Linux and hit the "Download" button.

Those using Debian or Mint versions of Linux should select "Ubuntu." To check whether you use a 32- or 64-bit Linux, launch the Terminal and enter "uname -m" or "arch."

6. Locate the ExpressVPN installation file and right-click on it.

8. Use the "Install" button and authenticate your Linux account.

9. Once the installation is done, open a Terminal window and type in "expressvpn."

11. Based on whether you use Ubuntu, Fedora, or Arch Linux, run one of the commands below:

12. Then, activate the VPN app using the appropriate command, as shown below.

13. Enter your ExpressVPN activation code (from your online dashboard on the VPN's site).

16. To start using ExpressVPN, you need to open a new Terminal window.

17. To connect to the nearest server, use the "expressvpn connect" command.

18. To check all ExpressVPN locations, use the "expressvpn list all" command.

19. Once ready to disconnect, use the "expressvpn disconnect" command.

20. To check other ExpressVPN commands, type in "man expressvpn."

There's also a way to use ExpressVPN via a graphical user interface (GUI) on Linux. If you want to make that happen, install ExpressVPN's extension for Chrome or Firefox - AFTER you install the VPN app on Linux (as explained above).

Method #2: Set up a Linux VPN via Terminal (OpenVPN)

This method requires you to use a VPN that supports the OpenVPN protocol. Furthermore, your chosen VPN should provide you with OVPN files, which are needed to set up new connections manually on Linux. Here are the steps you need to take:

4. Select "Set Up Other Devices." Then, pick "Manual Configuration."

5. Make sure to pick "OpenVPN" on the right-hand side.

6. You'll need now see your OpenVPN username and password. Make a note of those.

7. Just below, select any location (server) you want and download its OVPN file.

8. You now need to continue based on if you use Ubuntu, Debian, or Fedora. Check below.

10. Input the command you can see just below.

11. To launch OpenVPN, you need to point to your OVPN file, like so:

13. It should say "Initialization Sequence Completed" once your session becomes active.

14. To keep your connection active, leave the Terminal window running in the background.

10. Go with the following command:

12. Use the following command to launch OpenVPN:

15. As long as the Terminal window is open, your VPN connection will remain active.

9. Launch a new Terminal window and input the command you see below.

10. Use the series of commands found below to configure your DNS:

11. Then, launch OpenVPN on your Fedora Linux machine using the following command:

13. You should see the following message: "Initialization Sequence Completed."

1. Pick a VPN that supports OpenVPN connections on Linux, such as ExpressVPN.

3. Provide your credentials and access your ExpressVPN online dashboard.

4. Using the top-placed banned, click "Set Up Other Devices."

7. Then, pick a server and download its OpenVPN configuration file.

8. On your Ubuntu machine, navigate to Settings > Network.

11. Fill out the fields under "Authentication" in the following way:

13. Fill out the fields in the "General" tab in the following way:

14. Next, click the "Security" tab. Select the following options:

17. To connect, use the toggle on the right side of your newly created VPN connection.

18. Once you connect, your Linux machine will indicate that your VPN session is active.

19. To disconnect, go to Settings > Network and disable your active VPN session.

20. You can also add more servers following the instructions found above.

You don't have to be an IT expert to use Linux, as this guide hopefully shows. So, when it comes to setting up a VPN on Linux, you have various options in front of you. However, no matter what path you choose, you'll first need to sign up for the best VPN for Linux you can find.

Based on many years of testing VPNs, we believe that ExpressVPN should be your pick. It's by far the most capable VPN available. And also, it comes without any risks whatsoever. With that said, feel free to try ExpressVPN risk-free for 30 days.

Ultimately, we'll recommend our central guide on setting up a VPN. Use the provided link to learn how to get started with VPNs on even more devices.

Can I Use a VPN on Linux?

Yes, you can use a VPN on practically any version (distribution) of Linux. You can choose between installing a native Linux app or configuring your VPN manually.

Does Linux Have a Built-In VPN?

Some Linux distributions (like Ubuntu) have a built-in VPN client. That allows you to set up a VPN connection - but only if you have access to VPN servers.

That means you need to be a subscriber to a VPN service to use Linux's built-in VPN client. That tool won't let you connect to VPN servers on its own.

Does Ubuntu Have a VPN?

Yes, Ubuntu has a built-in VPN client. It's called "Network Manager," and you can find it by navigating to "Settings" on your Ubuntu machine.

Keep in mind that we're talking about a VPN client in this case. That means you need to be a subscriber to a commercial VPN service to establish connections. Our recommendation is to subscribe to ExpressVPN.

How Do I Enable a VPN on Ubuntu?

You can enable a VPN on Ubuntu by installing a native VPN app. You can also set up a VPN manually using the "Network Manager" tool, which comes built-in.

Another way to enable a VPN on Ubuntu is to use a Web browser extension (like Chrome or Firefox, for example). However, keep in mind that extensions don't typically bring the highest possible level of encryption.

How to Use OpenVPN on Linux?

While some Linux distributions allow you to set up OpenVPN connections without third-party tools, other distros require you to install an OpenVPN client.

If you scroll up, you'll see the instructions on using Linux's Terminal to set up OpenVPN connections on distributions like Ubuntu, Fedora, and Debian.

Does Linux Have a Free VPN?

Linux doesn't have a free VPN by default. However, you can install third-party VPN services that promise to encrypt your connection free of charge.

Our guide to the best VPN deals shows you many budget-friendly options, so make sure to take a good and thorough look.

How to Install a Free VPN on Linux?

You can install a free VPN on Linux just like you'd install a premium one. That means you can rely on using a native Linux app - if that's what your chosen free VPN offers.

For more information, please scroll up to check our guide on how to set up a VPN on Linux. Keep in mind that our recommendation is ExpressVPN, a premium VPN that respects your privacy and security in a way no free VPN can.

You've reached the end of our guide on how to set up a VPN on Linux. If you have any questions, let us know via the comments section below. Thank you for reading!